Welcome back to Fantasy Survivor! The 40th season is called WINNERS AT WAR! Every contestant this season has won the game before, which should make for some fascinating game play. Will someone join Queen Sandra as a two time winner? Or will the Queen stay Queen and take the title home for the third time? Who will win the $2 million? Jeff Probst is on record as saying that this was his favorite season ever, so let's hope it delivers. The Edge of Extinction is back in play again this season, so when your Survivor is voted out, you still lose the five points even though they aren't all the way out of the game yet.But you'll see there are bonus points if your Survivor returns to the game from the Edge. As always we have drafted our Survivor teams, and the following point system will decide who outwitted, outplayed, and outlasted the rest. 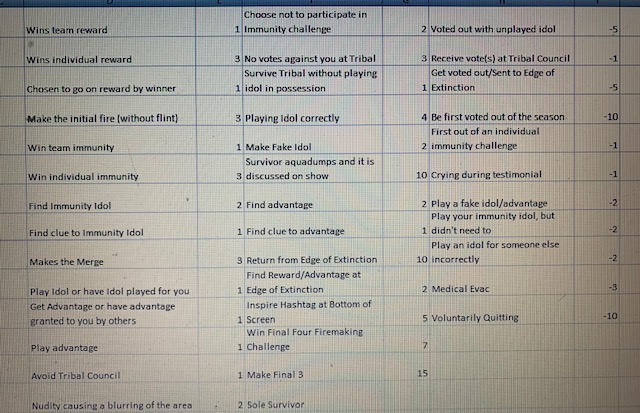 The three hour finale was everything we all hoped it would be. From the challenge where Natalie came back in, to the Tribal where everyone played their idols. From Ben giving Sarah the blessing to vote him out, to the intense fire making challenge and the final immunity challenge. It was an amazing season, and the best there has ever been. Natalie made a very good run at the end, the right player won. Tony played a flawless game from beginning to end and absolutely earned the title of Sole Survivor! Thank you all for participating and hope to see you back for Season 41. 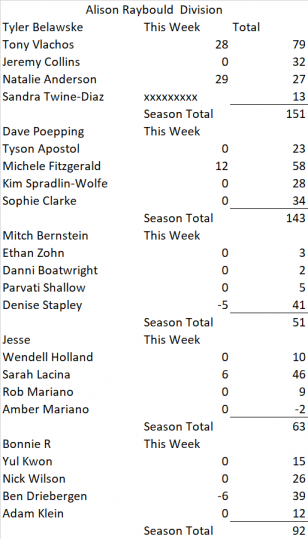 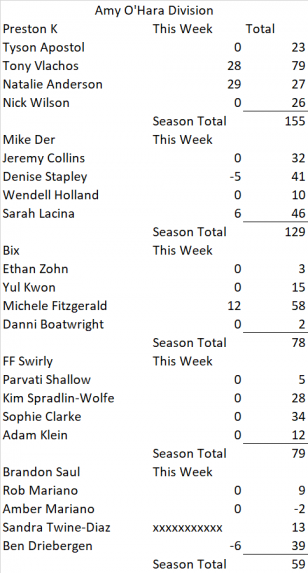 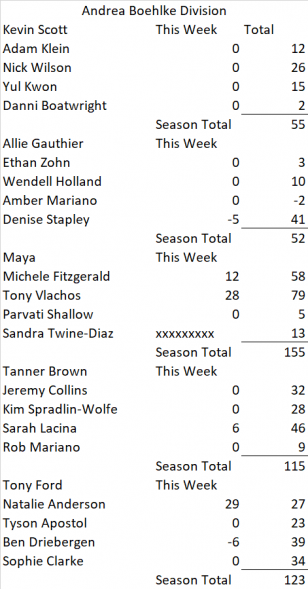 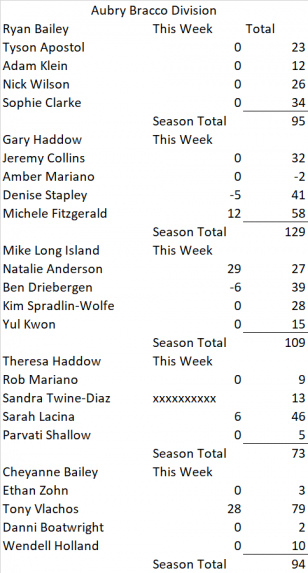 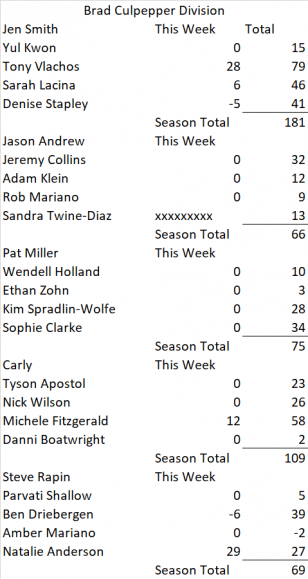 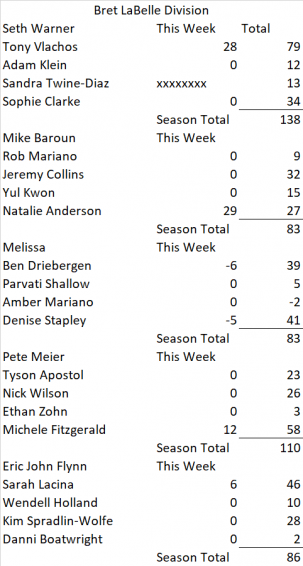 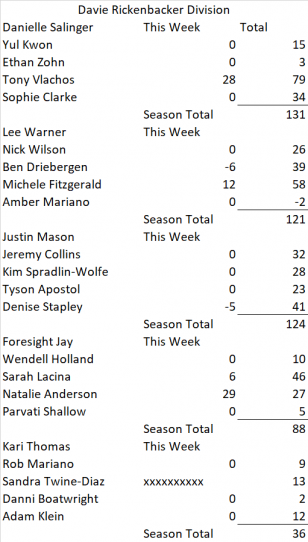 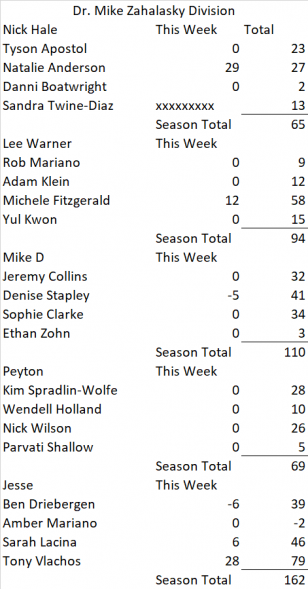 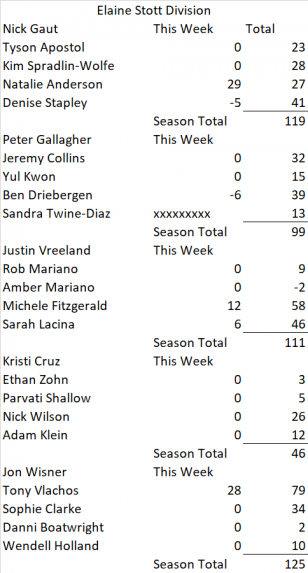 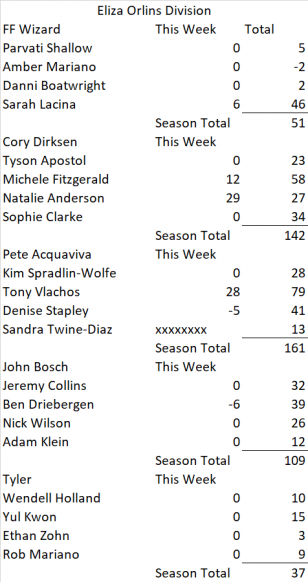 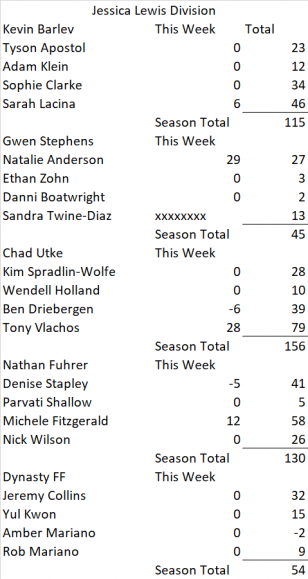 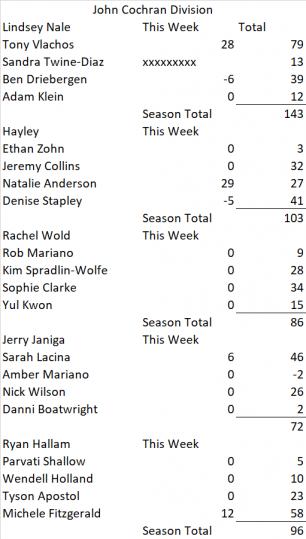 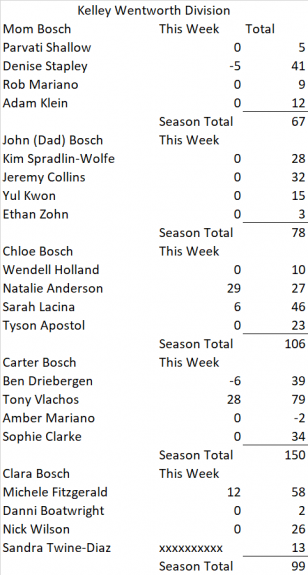 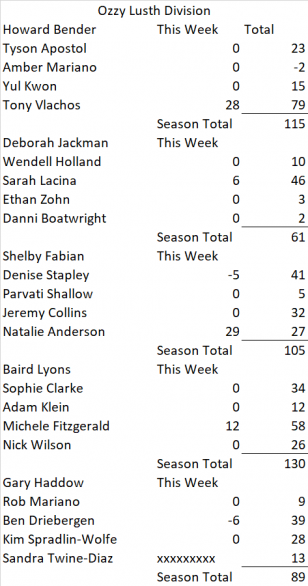 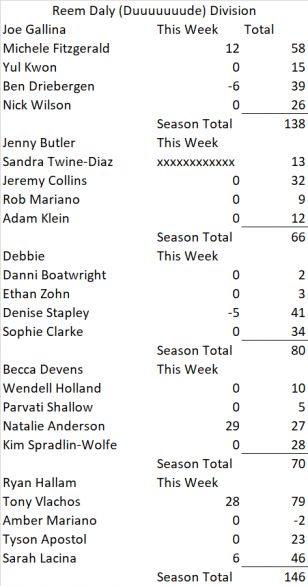 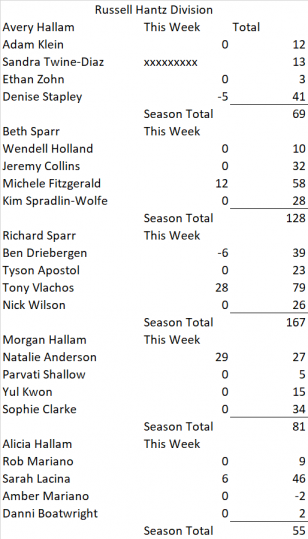 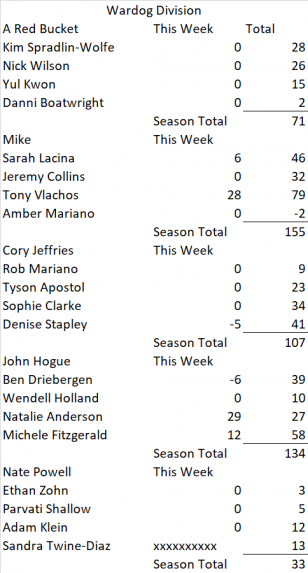 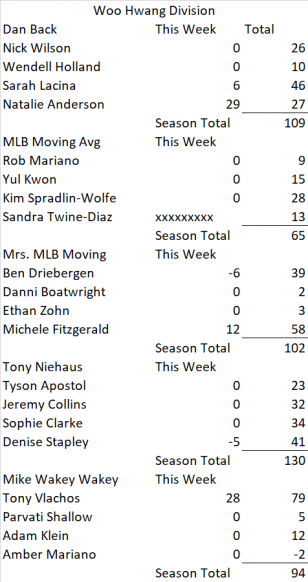 Here is how the scoring breaks down:

Natalie (29) - won challenge to return from the Edge, played an idol and played it correctly, found another immunity idol, received no votes at Tribal, won last individual immunity, made Final 3

Sarah (6) - no votes against in Tribal twice

Ben (-6) - played idol in first Tribal, but played when didn't have to, voted out at second Tribal