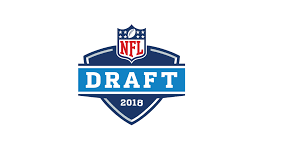 After seeing Evan Engram finish as the TE5 last season in PPR leagues, I want you to remember that he was the exception, not the rule, and it's very rare for a rookie tight end to come in and produce at a high level in their first year. Engram is an exceptional athlete that also had every other Giant's receiving threat last year get hurt, so the opportunity was there for him to see a lot of balls thrown his way. Other rookies like George Kittle and David Njoku may be a better example of what to expect from this incoming group of tight ends as they both finished as lower end TE2's in 2017. While I don't see any rookies this year with the skill set that Engram possesses, that doesn't mean they can't provide value in 2018. Let's break down the position so you can see what to expect from them this season!

The Dolphins selected Mike Gesicki as the second tight end off the board in the draft with the 42nd overall pick in the second round, but for fantasy purposes, I'm tagging him with the best bet to produce fantasy value of all incoming tight ends. Adam Gase has shown he likes to involve the tight end in his game plan and with only MarQueis Gray and AJ Derby ahead of him on the depth chart, I think Gesicki has a very good opportunity to step in and be a starter from day one.

If you're looking for someone who's good at catching the ball in traffic, Mike Gesicki is your guy.

The rookie from Penn State is 6'5", 247 pounds and ran a 4.54 40 at the NFL Combine. He has a little bit of work to do as a blocker, but he is a good pass catching tight end who can move around the field very well. One of his strengths is that he has had great success catching contested balls, as Pro Football Focus has him catching 75% of his contested passes (9 of 12) in 2017, which was best in the nation. With Jarvis Landry now playing in Cleveland, a huge hole has been left in the middle of the field, and Gesicki could be the person to make the most of the opportunity. In redraft leagues, I'm targeting him as a mid to low end TE2 in 2018.

The first tight end selected in this draft was Hayden Hurst, as he was taken with the 25th overall pick by the Baltimore Ravens. Hurst is 6'4", 250 pounds and is one of the best pass catching tight ends in this class. One thing that stood out to me was that Hurst didn't record a single drop in catchable passes in 2017 per Pro Football Focus and only had three in his entire career. That safety valve over the middle of the field could be just what Joe Flacco, who has struggled with accuracy in the past, could use.

The combination of John Harbaugh and Marty Morningweg has shown to be favorable for the tight end position in Baltimore. In 2016, Dennis Pitta led all tight ends with 83 receptions, so the opportunity is there for Hayden Hurst to become a very good fantasy asset. The only thing holding me back from placing Hurst as my top rookie tight end this season is that Baltimore also drafted pass catching tight end, Mark Andrews in the third round, and they still have Nick Boyle and Maxx Williams on their roster as well. I love the long term outlook for Hurst, but I don't see him as anything but a low end TE2 in 2018.

Best of the Rest

Jordan Akins, Houston Texans. The Texans selected one of the most athletic tight ends in this draft when they took Jordan Akins, and he only has Ryan Griffin and Stephen Anderson standing in his way.

Dallas Goedert, Philadelphia Eagles. Dallas Goedert could be the best tight end of this class, but unfortunately he was drafted by Philadelphia where he will be blocked by Zach Ertz. He should assume the "Trey Burton" role in the offense, in which Burton finished as the TE26 in PPR leagues last season, but with that as his upside, I will avoid in all but the deepest of leagues.

Mark Andrews, Baltimore Ravens. A natural pass catching tight end, he has the potential to be good in a few years. As of now, there are too many players ahead of him on the Ravens depth chart, including first round pick Hayden Hurst, for me to feel good about him in 2018.