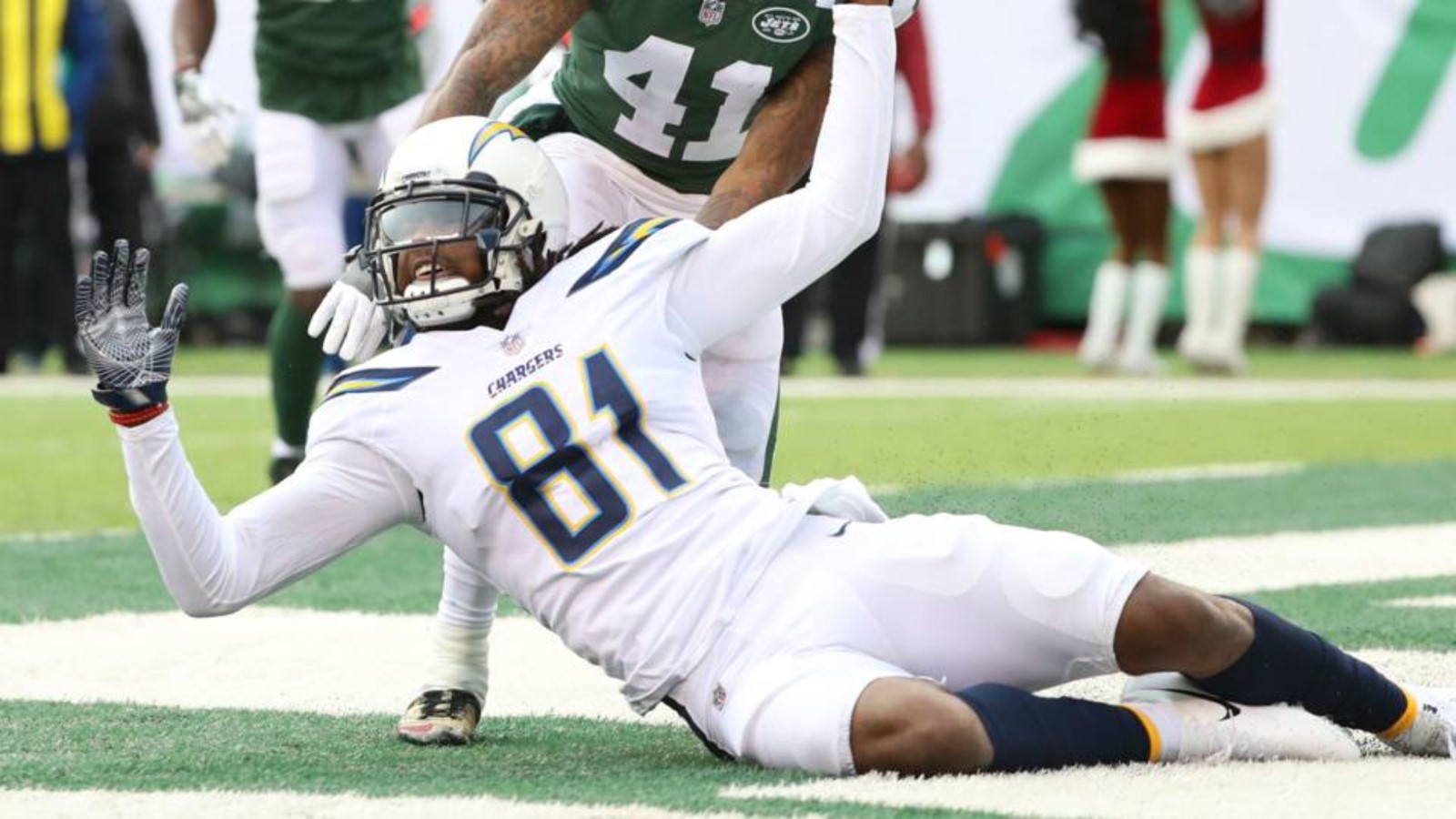 Wide Receiver has been the position over the past few years where you can grab a player five or six weeks into the season and will be able to help you for the rest of the year. However, instead of waiting until halfway through the year, why not find a goldmine right from the draft? The following are players from each of the Fighting Chance Fantasy staff that can help you find a great player in the second half of your draft.

No he isn’t your accountant he’s Aaron Rodgers favorite target in training camp. The 6’4 Kumerow was undrafted out of Division III Wisconsin-Whitewater and has bounced around a few NFL practice squads. Why is he a sleeper? Well he’s going undrafted in 99.9% of leagues but he plays with Aaron Rodgers!  The QB has praised his route running and ability to make tough catches. With Randall Cobb perennially injuried and a handful of rookies to beat out don’t sleep on this potential gem of WR late in your draft.

I have been singing his name for weeks now, but my WR sleeper is Mike Williams of the Chargers. Using FantasyPros.com ADP Williams is coming off the board as the 53rd WR or 138th overall. Last year was a dead year for him I get it, but when you miss all of the preseason and the first five games of the year, you don’t ever get a chance to catch up, you just never get enough practice reps. His 11 receptions in 10 games is never going to sway anyone, but the one thing I do like about his stat line last year was that out of 11 receptions, seven of those went for first downs.

Now in 2018 he has had a full offseason to learn this offense and build up rapport with Philip Rivers. This kid has everything you are looking for, size, speed, big hands, and is a natural hands catcher. Most considered him the top receiver in the 2017 draft over Corey Davis and I expect us all to see that this year. Defenses will not be able to key on him with Gordon and Allen there. I anticipate him finishing as a WR2 and providing a great return on investment.

Sure, the Jags brought in Donte Moncrief from the Colts and now have four pretty solid receivers with Marqise Lee and Keelan Cole. They also used a second round pick on D.J. Chark. However, I still believe that Westbrook is the most electric receiver on the roster. The 2017 fourth rounder missed the first ten weeks of the season last year with an abdominal strain, but came in towards the end and had some exciting games.

In three of his six games he topped 70 yards, and also had five or more catches in three of those six. That’s really great production for (1) a rookie and (2) a guy who missed ten weeks and was new to the playbook. A full offseason and preseason should show Westbrook’s full skills. He started the first preseason game and led the first team in targets and I am ALL ABOUT him as the WR63 right now according to Fantasy Football Calculator.

Even before Chargers tight end Hunter Henry went down for the season with a torn ACL, I was already coming around on Mike Williams. Williams was the number seven overall pick in the 2017 draft, but was hampered with back and knee injuries, virtually making his rookie season a wash. Well he’s back now and hopefully primed for a big season.

He’s 6’4” and 220 pounds, and one of the strongest parts of his game is his big catch radius and how he can go up and catch the ball in traffic. That should come in handy in the red zone with Henry out, and I think he could become the leading red zone threat for the Chargers. He’s a better talent than Tyrell Williams and Travis Benjamin, but even if one of them is listed ahead of him on the official depth chart, with virtually no tight end, I expect them to run plenty of three wide receiver sets, still leaving a lot of opportunity for Williams. He’s currently going as the WR50 on Fantasy Football Calculator and I think he has a very good chance of destroying that value in 2018.

Jarvis Landry is now with the Cleveland Browns, so the number one wide receiver spot for the Miami Dolphins is up for grabs. Kenny Stills is in an opportune spot to be that number one. Over the last three seasons, Stills has had the second most targets and yards, with Landry being the first in those categories. Stills has also had the most touchdowns on the team. With Landry leaving, you can only expect Stills' numbers to climb.

Everyone is on the DeVante Parker bandwagon, but honestly, I'd hop on Stills'. According to fantasypros.com, Stills is being taken as the 48th overall wide receiver while Parker is taken as 38th. Stills is primed to be the number one wideout in Miami, and you can get him at a discounted price. I'd take a shot on Stills in a heartbeat.