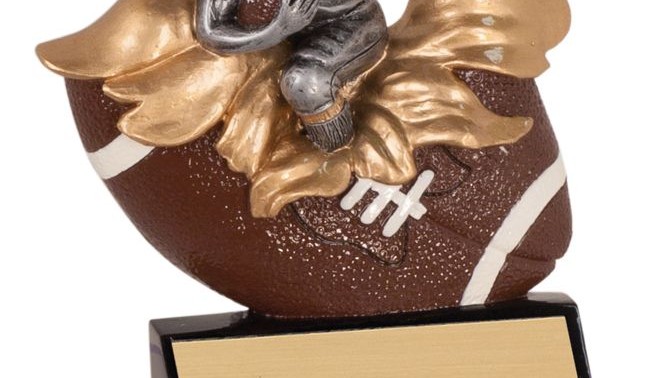 One of my favorite things to do for Fighting Chance Fantasy is our annual awards article and podcast. It's always fun to look back on the season and the see who kicked ass, who laid an egg and everything in between.

We've expanded a bit (a lot) this year, so with such a large staff, I wanted to out-source the awards in print and get everyone else's take on who they would give the awards to. Myself, Ryan and Jen Smith from The Fantasy Authority (@TheOnlyJenSmith) will be giving our winners on the Thursday Night Podcast, but I am now revealing our staff picks right here.

If you agree or disagree, make sure to let them know...especially if you disagree!!! The KC tandem of Mahomes and Kelce cleaned up in MVP voting for the site.

I could choose the obvious Patrick Mahomes, but instead I picked his teammate Travis Kelce who was by far the best tight end in a crappy field of tight ends.

He's gonna win the NFL MVP, but he's easily the fantasy MVP as well. Mahomes finished 62 points ahead of QB2 Matt Ryan, en route to a 50 touchdown season. Not bad for a guy with an ADP in the low-100's.

There’s numerous bombed picks of disappointment this season. Kareem Hunt was all good until he went UFC on a teenage girl. Devonta Freeman, Dalvin Cook and ODB were all huge softies as well.  When it comes to busts though, it’s down to two. LeVeon Bell would win, but was too greedy to even play, so the winner was a top six pick in David Johnson after he screwed many over after missing an entire season with a hand injury....2020, buyer beware.

Le'Veon Bell was taken in the first round of all drafts and never played a down.

Rookie of the Year

In a bit of a surpise, Nick Chubb swept the category over the likes of Saquon Barkley and Baker Mayfield.

From a dynasty perspective, Nick Chubb was a top notch pick. He performed and developed later in the season but was worth a late round pick in any fantasy draft.

Due to his ADP, if you were able to snag Nick Chubb in the later rounds, or in some cases pick him up off waivers, he most likely helped propel you into the fantasy playoffs as he carried the ball 18 or more times in seven of ten games after taking over the starting job, and added six rushing touchdowns.

Comeback Player of the Year

After a "will he play/won't he play" 2017 due to shoulder surgery, Andrew Luck finally returned to the Colts after a summer of up and down news and took back his place on the Fantasy Mantel of Elite Quarterbacks ,en route to throwing 4593 yards with 39 touchdowns and finished as fantasy's QB 4 or 5, depending on scoring.

Steve loved to point out all year that I ranked him 30th among QBs in August. However, his shoulder looked great and the offensive line was even better. Luck was an absolute monster this year after missing all of 2017. (Editor's Note...I did love pointing that out and I did it often on our podcast.)

Best Waiver Addition of the Year

I considered Phillip Lindsay, George Kittle and even Eric Ebron here, but Chubb is the winner. Once the Browns traded away Carlos Hyde, Chubb steamrolled through defenses all year long and nearly had a 1,000 yard season despite not starting until the middle of October. The future is so bright for this kid. 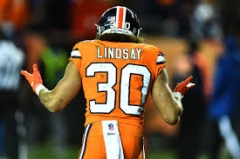 I have a feeling that Phillip Lindsay won't make it through drafts without being selected in 2019.

Nobody saw that coming, and if you picked him up early then you had a stud RB1 on your team.

Christian McCaffrey was an MVP from the get-go this season. He played up to his draft price and beyond.

Most Devastating Injury of the Year

For those of you that drafted Jerrick McKinnon before he went down in the preseason...my heart goes out to you.

Jerrick Mckinnon was expected to be the new stud running back for offensive guru, Kyle Shanahan's 49ers ala Devonta Freeman in years past. However, his September 1st ACL tear ruined the 2018 second or third round pick as many fantasy drafts had just been completed in the days prior to his injury.

My most devastating injury was most likely Jerrick McKinnon if you drafted him before his injury, as he killed me in our Experts Shootout when my first four picks were Auto-Draft when I was out fishing.  My pick though was a second/third round pick in Dalvin Cook.  Most of us had high hopes in SKOL land this year as they were my preseason Super Bowl pick on the site and Dalvin Cook was quite a let down.


Best QB/WR Stack of the Year

I mulled over some combos like Ryan/Julio, Ben/AB, and Mahomes/Hill but ultimately, landed on QB4/WR2 in Watson and Hopkins. Hopkins was spectacular all year with no recorded drops and 115 catches. Watson fulfilled his expectations after a practice injury ended his 2017 season prematurely. This combo should be poised to be at or close to the top of the fantasy leaderboards for the next 5-7 seasons.

On the high end, Pat Mahomes and Tyreek Hill were without a question the best QB/WR stack for the season, but on the lower end, Dak Prescott and Amari Cooper proved to be a solid stack because after the Cowboys acquired Cooper via trade, Dak ascended, scoring multiple touchdowns in all but two games while Cooper averaged 80.5 yards per game and scored 6 touchdowns in the 9 games he played for Dallas.