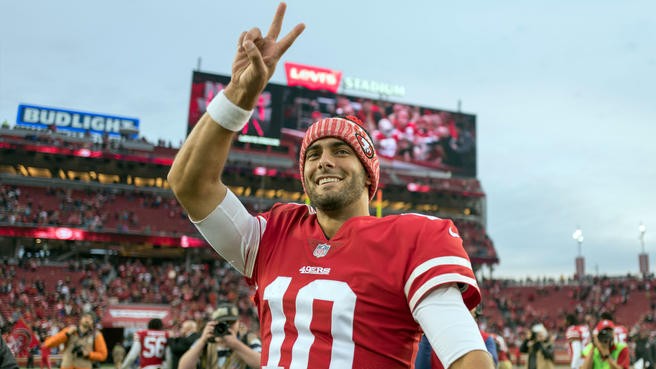 We're finally here in Week 1 after all the mock drafts, drama, back and forth, debates, run around, and I for one couldn't be more excited. All the hard work by everyone here at Fighting Chance, those drafting their fantasy and by those across the entire industry will finally net all of us some tangible results we can sink our proverbial teeth into.

With Week 1 here, one could argue that it's among the most difficult weeks to project as we really are going by a lot of window dressing to prognosticate and by necessity, some of last years notes, statistics, and tendencies. Plus the fact that people are likely to start who they drafted and aren't going to necessarily bench Patrick Mahomes for *SPOILER* Jimmy Garoppolo. Also, the Start/Sit column will be out on Friday each week going forward. 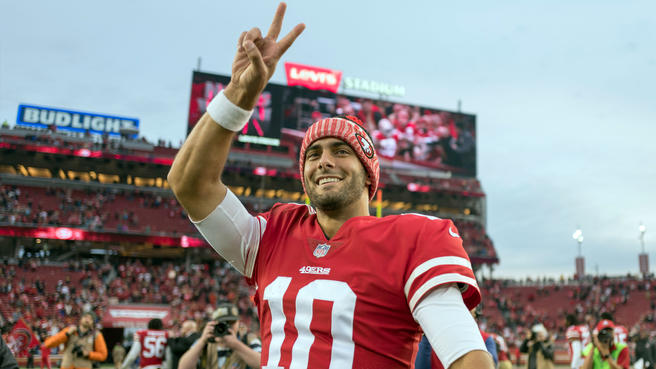 The Buccaneers allowed the 4th most points to opposing fantasy quarterbacks last season and still lost a TON of talent on the defense and didn't replenish too much of it. Names like Gerald McCoy, Kwon Alexander, Brent Grimes, all gone. Even last year's 12th overall pick defensive tackle Vita Vea is likely to miss the opening contest. Simply put, quarterbacks had a field day against this defense and with some uncertainty in the backfield with a potential split, Jimmy Garoppolo should be able to find a lot of room to maneuver and pass all over this moribund defense. With the over/under set at 49 points for this matchup, there's a high capacity for points and yards here. While Garoppolo was drafted as a back-end bench option, he can be safely started if you're not as confident in your starter for whatever reason. This is probably the juiciest matchup of the week for any fantasy quarterback.

Jared Goff just got PAID. Lots of the moneys. It's just too bad you're not going to see a lot of that translated into fantasy success in Week 1 in Carolina. Once you factor in a revamped Carolina defense with new additions Gerald McCoy, Bruce Irvin, and rookie Brian Burns, Goff was a very pedestrian quarterback on the road last season (17th best QB in fantasy) and it's not going to get any better. They're also traveling east to North Carolina for a 1PM start, and it's a recipe for not so fantasy goodness. I have him ranked outside by top 12 this week and if you have a better matchup, I'd roll with that. 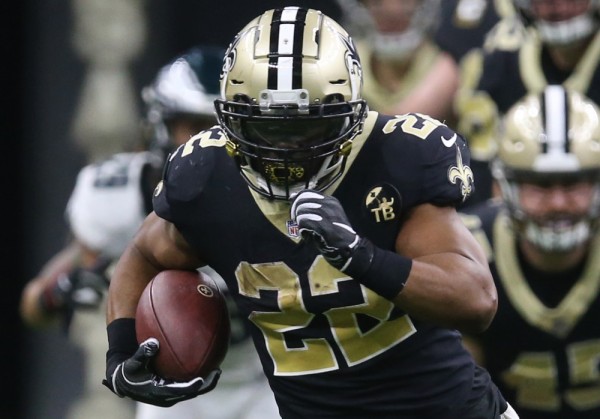 This one isn't exactly out of left field here. The Dolphins are going to be one of the most popular opponents to stack against and it begins here with Mark Ingram. Game script should be heavily in the Ravens' favor here. I see him with certainly over 20 carries in this game as it should not be too difficult of a game for the Ravens to grind this out on the ground, both with Ingram and QB Lamar Jackson with some Justice Hill sprinkled in. With Lamar Jackson installed at QB last season, the Ravens ran the ball ~61% of the time and that run play percentage should hold true for this season as Jackson grows into a dual threat quarterback. This isn't one to overthink.

The confidence HC Jay Gruden has in his 2nd year running back Derrius Guice is absolutely admirable. However, this matchup and everything lining up for the Redskins smells like sour milk. Jordan Reed not playing takes arguably the most talented pass catcher out of the offense in a tough matchup in Philadelphia. There's still no sign of all-world tackle Trent Williams to bolster the offensive line. Do you really think the Eagles are going to respect Case Keenum enough to give Guice any kind of running lane in his first NFL start? The preseason hype train for Derrius Guice hits the brakes hard in the City of Brotherly Love on Sunday. 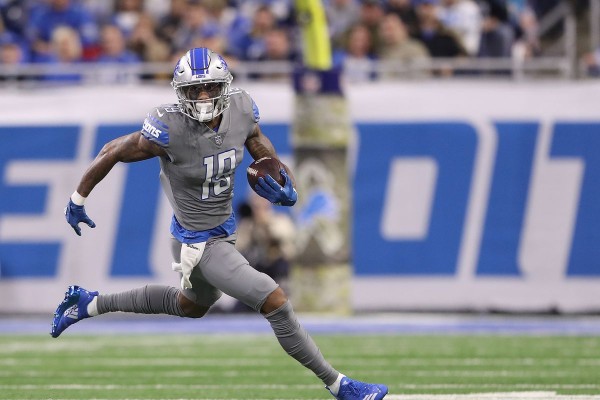 Kenny Golladay gets a pretty juicy matchup to start 2019, even moreso bolstered by the suspension of Patrick Peterson and injury to Robert Alford. Something can be said for the slow pace of the Lions offense, but the quality of target in this matchup paired with Matthew Stafford wanting to show that last year was an aberration will bode well for "Babytron" in this matchup. He's a must-start for me.

With the looming presence of Darius Slay likely to shadow Christian Kirk, his chances of a banner first week in new HC Kliff Kingsbury's offense are slim. We didn't see much of this new offense in the preseason and honestly, it's incredibly difficult to pin down anything in this new offense outside of David Johnson. Making it more difficult, Kirk was drafted as a likely WR3 on your team, making him difficult to sit in some instances. Until we see this offense in action, he's not a recommended start for me. 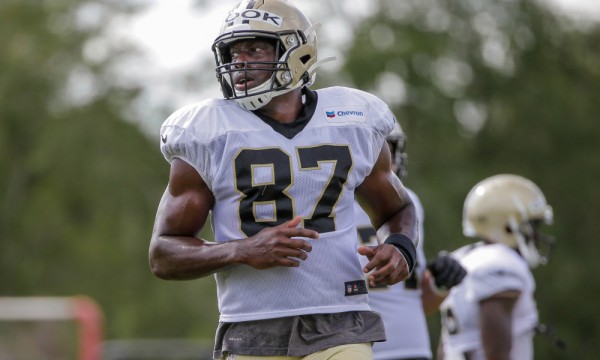 Start Jared Cook, NO vs. HOU

With the highest over/under of the week (53), the Saints should have plenty of opportunity to send Jared Cook's way. With the Houston defense ranking 23rd in DVOA against tight ends last season, and not adding much in the way of coverage in the offseason, Cook is in a prime spot to get off to a great start to his 2019 season. At such a thin position, Cook creeps his way into the top 6 at the position this week for me.

Another one to not overthink. 2018's 13 touchdowns seem like so long ago, but for Eric Ebron, it's a new season and this one will be played without Andrew Luck at quarterback. Jack Doyle is back and soaking up the snaps for the Colts at tight end. Jacoby Brissett is installed at quarterback. There's new faces in place like Devin Funchess and Parris Campbell. There's an opposing defense in Week 1, the Chargers, that ranked 1st in DVOA against tight ends. 2019's "Regression Grand Champion Eric Ebron "isn't the tight end you're looking for".