After an exciting week of football, we're back at it again for the weekend slate on Sunday and Monday night matchup! With those, we've got some starts and sits for ya to help you with your lineup decisions!

Enjoy the ride. The rushing hasn't been there yet for Kyler Murray, but he's thrown the ball 94 times already, and has throw for 300 yards passing in each game. Against a very vulnerable Carolina defense, especially in the middle of the field where Chris Godwin blew up last Thursday, Kyler should attack that same spot with his slot weapons, namely Larry Fitzgerald. Efficiency will come in time for the young signal-caller, but I love him this week as a back-end QB1 play.

This could totally blow up in my face as the Browns have had awful times in their secondary as of late, with the healthy 2017 Packers secondary they're trotting out (Morgan Burnett, Damarious Randall, and Jermaine Whitehead) and unhealthy corners (Denzel Ward and Greedy Williams nursing hamstring injuries). Jared Goff just hasn't been the same quarterback since the middle of last season. He's thrown 0 or 1 touchdown in all but one game in his last ten contests. Add in the constant pressure from the Browns' front seven, and Goff's woes on the road (just over 13 FPTS/game since 2018) and he's a clear fade for me this week. 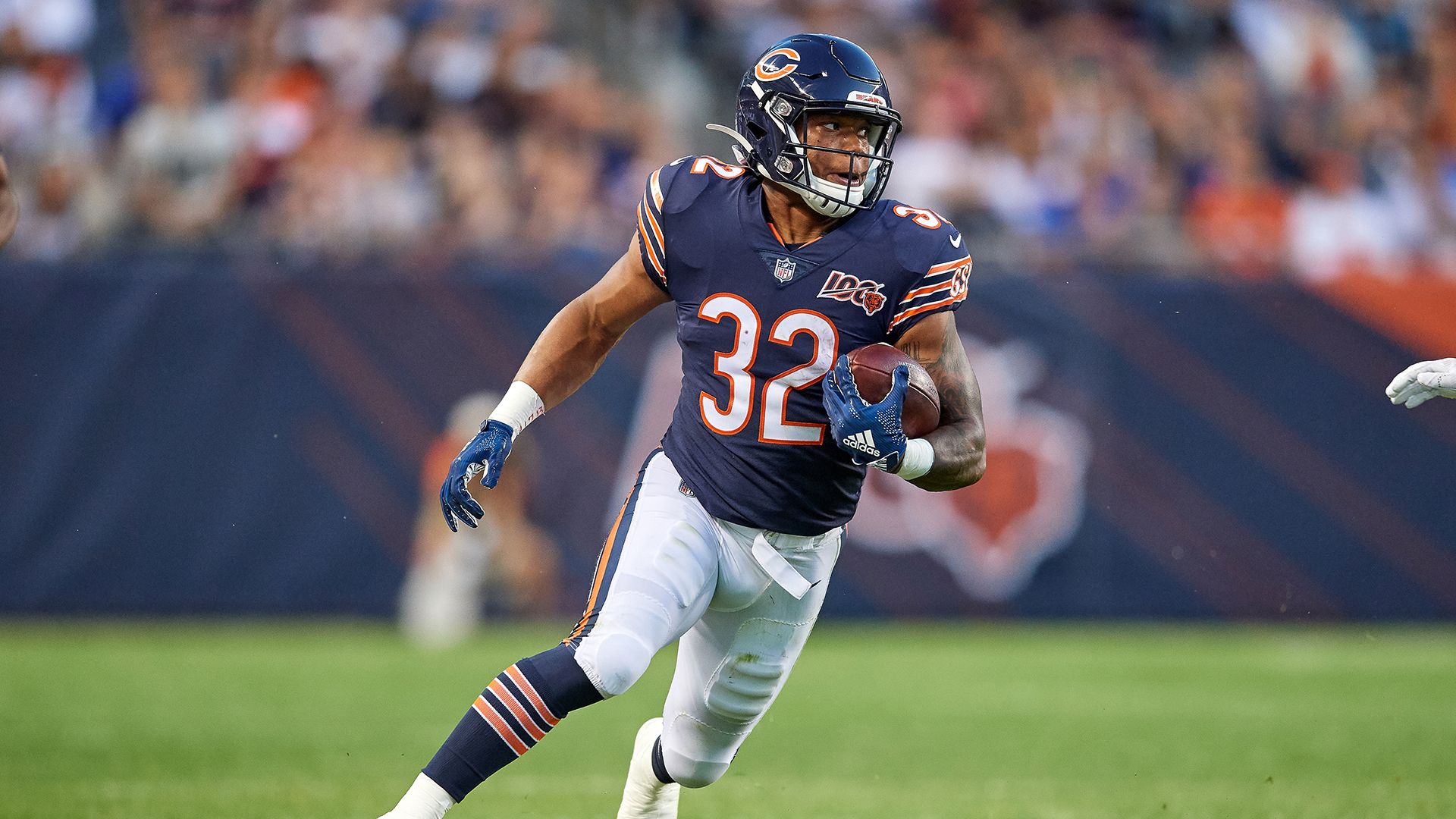 The usage was put into David Montgomery's favor in Week 2, with him seeing 18 of the 25 rushing attempts for the Bears. Now it's time to capitalize on the workload and that should come this Monday night against Washington. The Redskins have given up over 5 yards per carry against the Cowboys and Eagles this season, and with the Bears offense struggling out of the gates, they could look to the run to set up off of that. That's where Monty comes in, as he'll receive every opportunity take a big step towards shaping the offensive future of the Bears. Start him in Week 3, he should pay big dividends.

Not only is James Conner banged up wth his knee issue (he should be "good to go" for Sunday per PFT) but he also is taking his handoffs from Mason Rudolph, the former Oklahoma St. product making his first NFL after Ben Roethlisberger was placed on IR with an elbow injury. This could benefit the pass catchers much more than the running game as the Niners will likely force Rudolph to beat them through the air and stack the box on an already hampered Conner. I'm sitting Conner where I am able to.

The Eagles are extremely susceptible through the air, but are stout against the run. Obviously, the Lions should attack through the air and as we saw last Sunday night, the Falcons had a ton of success. Now Kenny Golladay and Marvin Jones are no Jones/Ridley, but they are a quality duo that should have some success here with a rejuvenated Matthew Stafford. Golladay ranks as my WR13 this week, so just outside WR1 territory but lock him in this week as one of the best plays among wideouts.

Robby Anderson will be catching passes from something called Luke Falk, and will undoubtedly be matched up with all-world corner Stephon Gilmore. He was able to get some looks from Falk last Monday night but this won't be pretty. Anderson is as close to a universal sit as you can get.

Are you all aboard the Hoop Troop? You should be, at least for Week 3. Austin Hooper has already seen 15 targets this season and converted 13 of them, but hasn't found the end zone. I think that changes this week against a Colts' back line that loves to sit in zones and Hooper should be able to sit in and take in a lot of short area receptions, providing a high fantasy floor this week. The Colts gave up the 2nd most fantasy points to opposing TE in 2018 and while the Colts have gotten better in that regard so far in 2019, I think Hooper capitalizes this week. He ranks for me at TE9, a safe, seartable TE this week.

I'm predicting with the success that the Lions should have on the outside, the middle of the field against the TE position should be locked down, as they typically are by Eagles' defenders. T.J. Hockenson came back down to earth last week with only 1 reception on 3 targets against the Chargers. Unfortunately, this just seems to be the way it is with rookie tight ends, very boom or bust. The Eagles have only allowed 3 touchdowns to opposing tight ends since 2018, so add that in to the general boom or bust nature of not only the position itself, but a rookie there, and you're looking at somebody I'd be very hesitant to start this week.