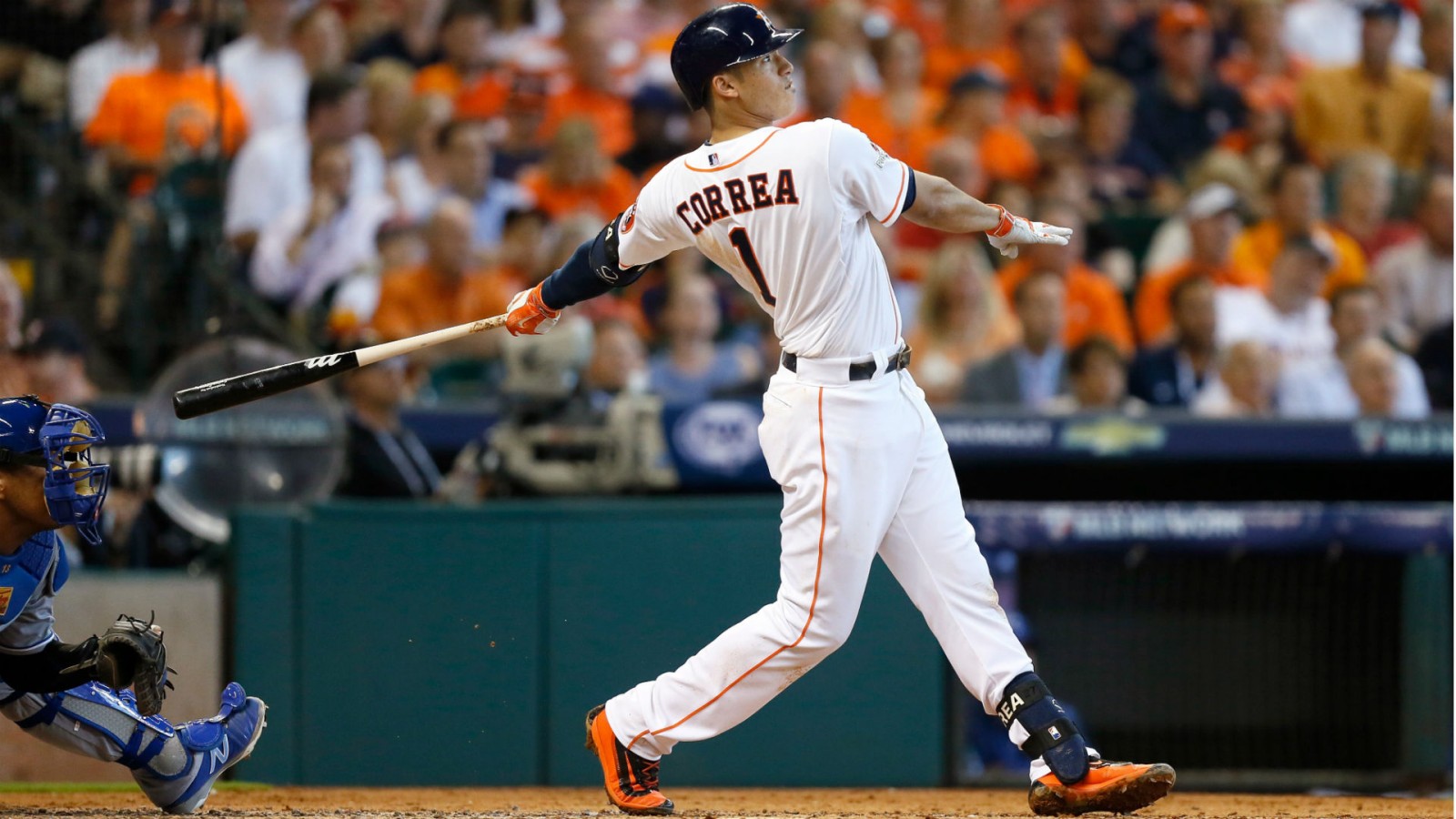 It's that time of year, everyone!  Squads have reported to Spring Training and baseball is nearly upon us.  I wanted to take a look back at players who had a sort of rocky 2018 season and give you my thoughts on who has the best chances to bounce back.  As always, feel free to drop me a follow on Twitter @12ozCurlSports and reach out!  Without further ado, here are my favorite candidates to return to form in 2019:

Carlos Correa – SS, Houston Astros
2018 Stats – .239/.323/.405, 15 HRs, 65 RBI, 3 SB
This one was easy for me. Correa has a history of injury but is young and has made it clear that he’s putting 2018 behind him and ready to return to form. One draft I’m monitoring right now (Tout Wars Draft and Hold League) has Trea Turner, Trevor Story, and Francisco Lindor drafted at the position. Lindor makes me nervous with that calf injury so I’d have been much happier with the Correa pick. All of that said, Correa is my top candidate for a bounce back in 2019. He should be able to eclipse the 20-home run mark and get his average back to what we’ve become used to seeing out of him.

Brian Dozier – 2B, Washington Nationals
2018 Stats – .215/.324/.444, 21 HRs, 72 RBI, 12 SB
Brian Dozier played with the Minnesota Twins before a brief stint with the Los Angeles Dodgers in 2018. He will now be playing in D.C. which holds one of the best park factors when paired with hard drives (to see more on this, check out Eno Sarris’ article over at The Athletic). Dozier is one of my favorite bounce-back candidates because he was battling injury for much of the 2018 season and should be healthy coming into 2019. I expect Dozier to return to his 30+ home run self as he embarks on a new journey with the Nats. All of his categories should see marked improvement from what he provided in 2018.

Cody Bellinger – 1B and OF, Los Angeles Dodgers
2018 Stats – .260/.343/.470, 25 HRs, 76 RBI, 14 SB
Cody Bellinger’s numbers left a lot to be desired after a stellar rookie season with the Dodgers. Like Dozier, Bellinger benefits from hitting in a park with the best park factor when paired with hard drives. It’s been reported that Bellinger has been working with the Dodger’s hitting coaches this offseason which can only help the young slugger get back to his 2017 form. You probably won’t get much of a discount on him, but he’s definitely worth monitoring as drafts start to get underway.

Miguel Cabrera – 1B, 3B, OF, Detroit Tigers
2018 Stats (through only 38 games) – .299/.395/.448, 3 HRs, 22 RBI, 0 SB
Another value pick you could make in many drafts at a position that seems to be a bit weaker this season is Miguel Cabrera. He missed the majority of the 2018 season with a ruptured biceps tendon. You can’t discount Miggy and his great plate ability. It was possible that he bounced back in 2018, but he was only available for 38 games which hindered his chances. Cabrera has a .316 career average and his age and injuries over the last couple seasons may scare some owners away. I’ll be taking a chance on him in the mid-to-late rounds of my drafts this season.

Daniel Murphy – 2B, Colorado Rockies
2018 Stats – .299/.336/.454, 12 HRs, 42 RBI, 3 SB
Daniel Murphy split time between Washington and Chicago last season where he worked his way to a reasonable slash line over 91 games. Murphy was gimpy to start the season and took longer than expected to get over a cartilage repair surgery after the 2018 season concluded. Now that Murphy is in the friendly confines of Coors Field, I think he will settle right back in and hit over that .300 mark as he had been doing before his injury. He’s going later in drafts which makes him a value considering where he will be playing and the fact that he’s returning healthy for the 2019 season.

Zack Cozart – SS, 3B, Los Angeles Angels
2018 Stats – .219/.296/.362, 5 HRs, 18 RBI, 0 SB
Now here is an interesting name. I think Cozart could see a resurgence in 2019 now that he’s returning to the diamond healthy. Solid Shortstops are hard to come by, and Cozart may be a good answer to the problem this season. Per Eno Sarris’ park factors with hard drives factored in, the Angels have the second friendliest ballpark in the league. I don’t think it’s out of the question that Cozart surpasses the 20-homer mark and provides teams with a decent average throughout the 2019 season.

Miguel Sano – 3B, OF, Minnesota Twins
2018 Stats – .199/.281/.398, 13 HRs, 41 RBI, 0 SB
The big news on Miguel Sano this offseason is his new slimmed down look. He took this offseason to get healthier and take aim at crushing his previous highs. 2018 wasn’t kind to the young infielder as he was demoted and tried to find what was going wrong. I believe Sano will have found his groove by the time the season rolls around and we could be looking at a huge breakout from him.