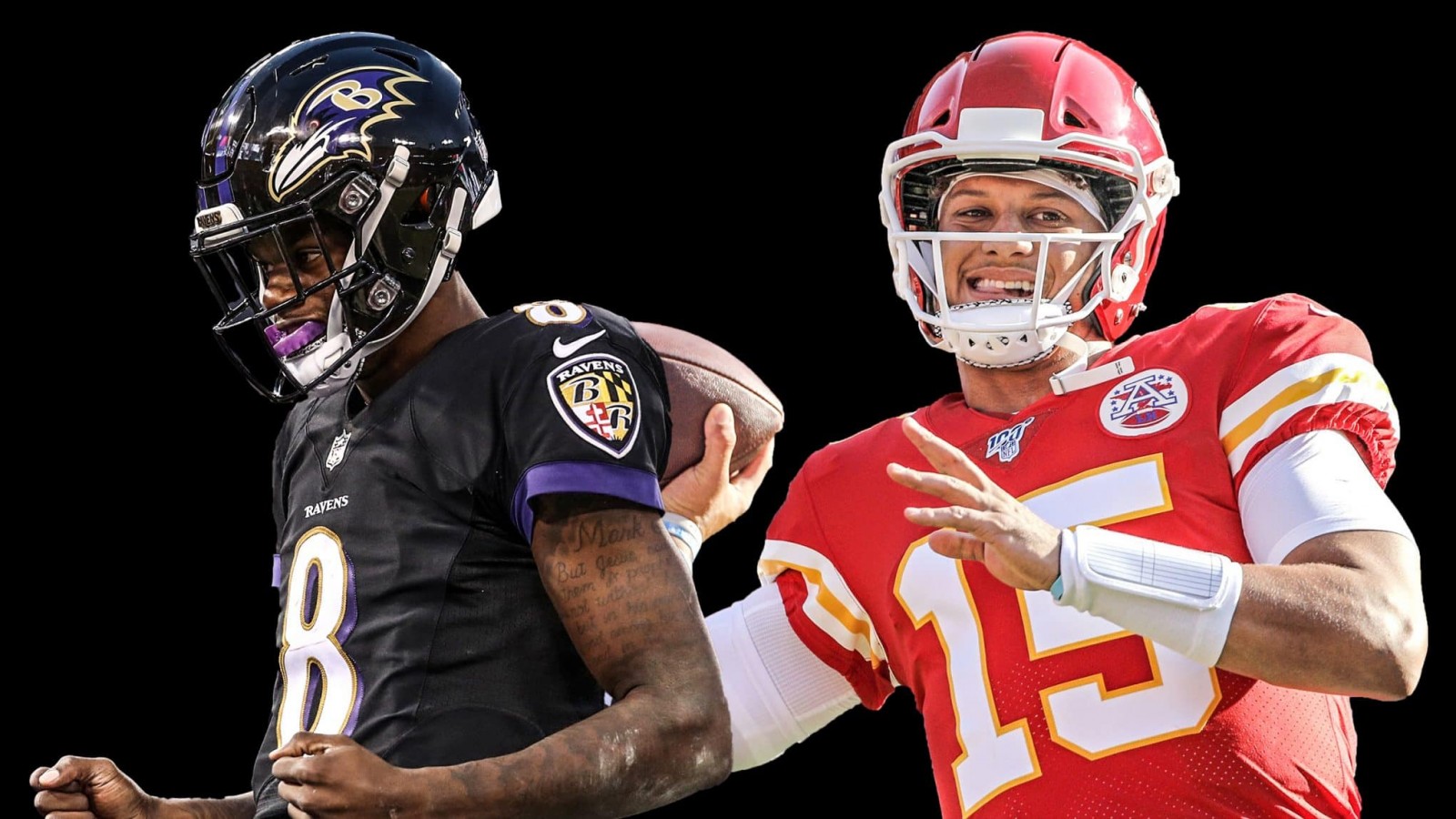 A Top 10 Look at Quarterbacks

Let’s be real. We all know that Pat Mahomes (Kansas City) and Lamar Jackson (Baltimore) are the two best fantasy football quarterbacks going into the 2020 season. That’s no shocker. However, especially in redraft leagues, unless you’re willing to use at least a second round pick, chances are you’re not landing either of these gentlemen. So I want to go through what I believe are the top 12 best quarterbacks heading into this season. Whether you think Mahomes is number one or Jackson is number one, it's really splitting hairs in my opinion. Remember that Jackson did say that he plans on “running less” this year, so that is something to definitely keep in mind with regard to his fantasy value. Mahomes put up numbers without running nearly as much. So let’s call it Mahomes 1A, Jackson 1B. 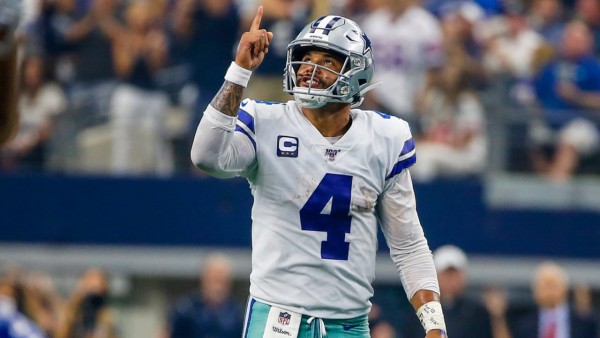 A good chance you could use a seventh or maybe eighth round pick on him, Dak has been franchise tagged by Dallas, getting roughly $30 million to sling the rock this year. But he wants that contract. He has played at a high level his entire young career, and although Jerry Jones didn’t satisfy his desire for a long term contract, he did provide Dak with an elite receiving corps (paid Amari Cooper $100 million for five years), and a top-5 running back in Zeke Elliott (who, up until Christian McCaffrey signed his contract last month, was made the highest paid player at the position). The signing of Andy Dalton should also provide a spark for Dak to play his heart out for the contract extension. I do not believe that bringing on Dalton was just an “insurance move” for the Cowboys. Coming off a 2019 season where he put up 4,900 passing yards, 30 passing touchdowns, and three rushing touchdowns, look for Dak to put up phenomenal fantasy numbers in 2020.

The addition of DeAndre Hopkins this offseason has caused Kyler Murray's fantasy value to skyrocket. Why Bill O’Brian didn’t want to pay arguably the best wide receiver in the league is still beyond me. With Larry Fitzgerald on the opposite side, Christian Kirk in the slot, and Kenyon Drake, a pass-catching running back who flashed in this offense last year after being traded from Miami, Murray is set up in a nice spot here to replicate what we saw in Deshaun Watson in his second year. Although he had a shaky start to his rookie season, Murray finished 2019 with 3,722 passing yards, 20 passing touchdowns, 544 rushing yards, and 4 rushing touchdowns – and that was without one of the best wide receivers in the league. Drafters may want to start to pay attention to his name around the seventh or eighth rounds.

The biggest concern for me with Wilson is the inconsistency he showed in 2019. He would put up a 30-40 point week, then follow it up with a 12-15 point week. In week 16, the championship week for most, he put up 10.96 points. With all that said however, there has not been much turnover in the Seahawks offense. They still have Tyler Lockett and DK Metcalf (look for the latter here to have a big season in 2020) at wide receiver, Chris Carson in the backfield, and acquired Phillip Dorsett II from New England and Greg Olsen from Carolina. Will Dissly was having a great season last year until he got hit by the injury bug, but look for him to rotate in to provide a nice red zone target for Wilson. He’s also not shy to run when the situation calls for it. Another great value at the quarterback position that you’re likely to be able to find in the eighth/ninth round, or later.

Just like Tom Brady, this 40 year-old just doesn’t want to go away. How can you not like Drew Brees? Coming off of a record breaking season, he not only still has Michael Thomas to throw to, but the Saints have acquired Emmanuel Sanders to compliment Thomas. The Saints have had unfortunate luck in the postseason in recent years, losing by one freak play that cost them, and Drew Brees wants another shot at glory. He has not gone below 70% for completions since 2015, and even missing five games due to injury last year, he threw for just shy of 3,000 yards with 27 touchdowns and 4 interceptions. Again, great value that could be found in later rounds of your draft.

It’s not that Baker should have a great season, but he NEEDS to have a great season. It’s the third year for the former first overall pick, and just when it seemed like the Cleveland offense couldn’t get more loaded with weapons after the 2018 offseason, the Browns acquired even more to help their young quarterback after 2019. There is great wide receiver depth in Odell Beckham JR., Jarvis Landry, Damion Ratley, and Rashard Higgins. Austin Hooper was acquired at tight with David Njoku for two tight end sets. Nick Chubb and Kareem Hunt are both very capable pass-catching running backs. Jack Conklin will provide veteran protection on the line. Baker’s cult popularity may not allow him to be available too late in drafts though, so be conscious earlier on (maybe fifth or sixth rounds) if this is a guy you want to get. 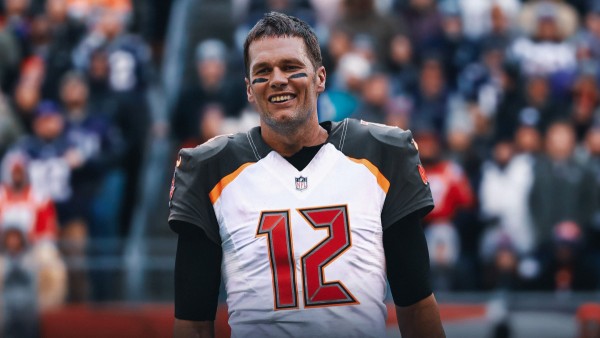 Now that he’s no longer in the AFC East, I like the guy. Based on the team he went to, I like him even more for fantasy than I have in recent years. Tom Brady can make something out of nothing when it comes to wide receivers. We’ve seen it constantly over the last 20 years in New England. Now he’s in a position where his wide receiver corps are already studs and it should spell fantasy success for Brady. Mike Evans has been elite for the last five years, Chris Godwin came on strong and became an overnight WR1 in fantasy last year, and now with the addition of Brady’s old friend Gronk at tight end, my word this should be one of the most explosive offenses in the NFL. Brady’s ADP last season was in the 14th-16th round range, if he was even drafted at all. Look for Brady loyalists in your leagues to jump on him earlier this year though. I see him going in the 10th-12th rounds.

With the departure of Emmanuel Sanders, Deebo Samuel has become the new number one wide receiver in San Francisco. He became a quick favorite for Garoppolo to target last year in his rookie season, and I don’t see that chemistry ending anytime soon. George Kittle is still an elite threat at tight end and another go-to target, and Kendrick Bourne found success in the red zone last season being targeted for quick slant touchdown receptions on a number of occasions. The Niners used a first round draft pick on Brandon Aiyuk who finished his last season at Arizona State with 65 receptions for 1,192 yards and 8 touchdowns. Another elite offense for Garoppolo to thrive and look to add him to your rosters in the ninth or tenth round. 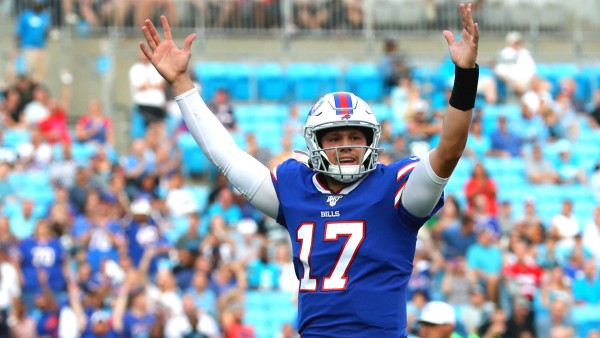 If you know anything about me, you know I’m a Buffalo fanatic. But when it comes to fantasy football, I know when to leave emotion at the door. However, I truly believe that Josh Allen has the potential to be a top ten fantasy quarterback in 2020. Call me crazy, and I expect to get a good amount of flak for putting him above other quarterbacks in the league that I did not put on this list. The Bills used their first round draft pick in 2020 to go out and get a number one wide receiver in Stefon Diggs. They have John Brown (1,060 yds, 6 touchdowns in 2019), Cole Beasley (778 yds, 6 touchdowns), and an offensive line consisting of minimal turnover from last season. Allen finished 2019 with just over 3,000 passing yards, 510 rushing yards, 20 passing touchdowns, and nine rushing touchdowns. With the Stefon Diggs addition, I can only imagine those passing stats increasing. Sure, his accuracy and completion percentages are cause for concern, but for fantasy, those rushing stats make for nice compensation.