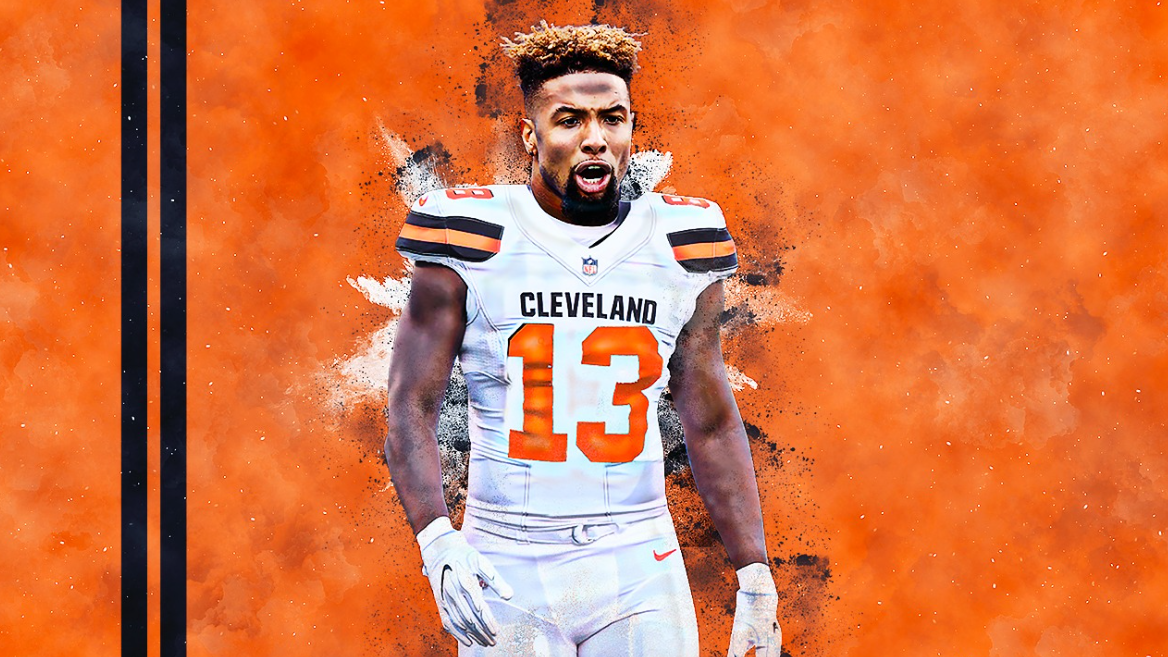 Mark Ingram's bruising and energetic running style will fit well into the Raven's scheme, but his upside for fantasy owners is limited due to two things.  First, is Lamar Jackson's usage around the goal line - this hampers touchdown upside.  Second, is Kenneth Dixon's emergence late last season as a viable runner and pass-catching option.  Due to the Raven's heavy run approach, Ingram will have value, but expectations must be kept in check.

With John Brown and Michael Crabtree both off of the roster, Willie Snead is the top pass-catching option remaining for the moment.  Hayden Hurst should see an uptick, but this is a team that loves to deploy a committee approach with Mark Andrews and Nick Boyle mixing in too.  There is still much to be determined in the coming months for this squad, but it likely won't matter a lot unless the team moves away (or is forced away) from its extreme run-heavy approach.  From weeks 11 through 17 the team ran on 72%, 62%, 64%, 59%, 66%, 58% and 64% of their plays.  No that is not a typo.  That is the exotic smash-mouth the Titans never got on the tracks three years ago.

The Ravens' defensive unit has taken some serious blows.  If the Raven's can't impose their defensive will there is a chance they get forced away from their heavy running attack more often in 2019.  Mosely is a great linebacker, but when the Jets made an offer usually reserved for elite pass rushers ($85 million) they couldn't counter.  While the front seven will have major questions, the back end of this defense should be elite with the addition of Earl Thomas to go with Marlon Humphrey, Jimmy Smith, and Brandon Carr.

Not much to cover here so far for fantasy purposes.  This is an offense that should look pretty similar to last year, which was decent before injuries to A.J. Green and Andy Dalton.

Few teams have been as busy as the Cleveland Browns early this offseason.  Of course, the headliner for fantasy players is the acquisition of Odell Beckham Jr. from the New York Giants.  Beckham now finds himself with an ascending quarterback in Baker Mayfield opposed to a descending one in Eli Manning.

After the jettison of Hue Jackson, last season Mayfield averaged 281 yards and 2.4 TDs per game in an offense with Jarvis Landry, David Njoku, Antonio Callaway and Breshad Perriman as his top targets.  During that stretch, Mayfield's yards per attempt (8.57) only trailed Patrick Mahomes (8.72).  Yes, you read that right, Patrick Mahomes.  For the 2018 season, Eli Manning averaged 7.46 yards per attempt.

From a volume perspective, Freddie Kitchens' revamped offense actually moved to a more balanced attack.  Through the first eight weeks, under Todd Haley, Jarvis Landry saw a target share over 22% every week and four weeks at 35% or greater.  Post Haley, Landry stayed right around 20% each week.

Historically, Beckham has been targeted at about 26%.  Will Beckham take on a 20% lead role similar to Landry's down the stretch or will his role look more like his traditional target percentage?  New offensive coordinator Todd Monken reduced the targets of Mike Evans to 22% (previously a 29%) when faced with a similar situation in Tampa Bay.  Monken also isn't new to having a feature slot receiver, Adam Humphries saw 16% of targets in his scheme in 2018.

For now, the clear winner is Baker Mayfield who has moved into a new stratosphere as a potential top-five fantasy quarterback.  Beckham should see some efficiency gains, but there is a lot to unpack this preseason as we deliberate the question of volume for the Browns' pass catchers.

Kareem Hunt is suspended for the first eight weeks, so Nick Chubb's lead back status remains intact in an offense that should be around the red zone a lot.

The 2019 Steelers' offense is going to look very different without Le'Veon Bell and Antonio Brown who accounted for over half of the team's offensive opportunity share for multiple years.

We have already seen what James Conner can do when given the opportunity.

At wide receiver, JuJu Smith-Schuster is now the clear number one from a volume perspective.  However, his efficiency could be challenged without Brown demanding extra attention opposite of him.  The Steelers need a vertical threat (Under-reported story:  Brown switched to more vertical routes over the last two seasons with the emergence of Smith-Schuster underneath).  The two current candidates are Moncrief and James Washington.  This is a situation we will need to monitor heavily going into the season.

The player to gain the most as of right now is likely Vance McDonald if he can stay healthy.  Jesse James is vacating 39 targets and a decent percentage of those will likely be added to McDonald who had 67 last season.  McDonald could top 100 targets and 70 receptions at the tight end position in 2019 if another quality body isn't added.  Those numbers would put McDonald into the tight end tier just below Zach Ertz, Travis Kelce and George Kittle.  McDonald's athletic profile also means there is upside for him to join that tier if everything breaks his way.