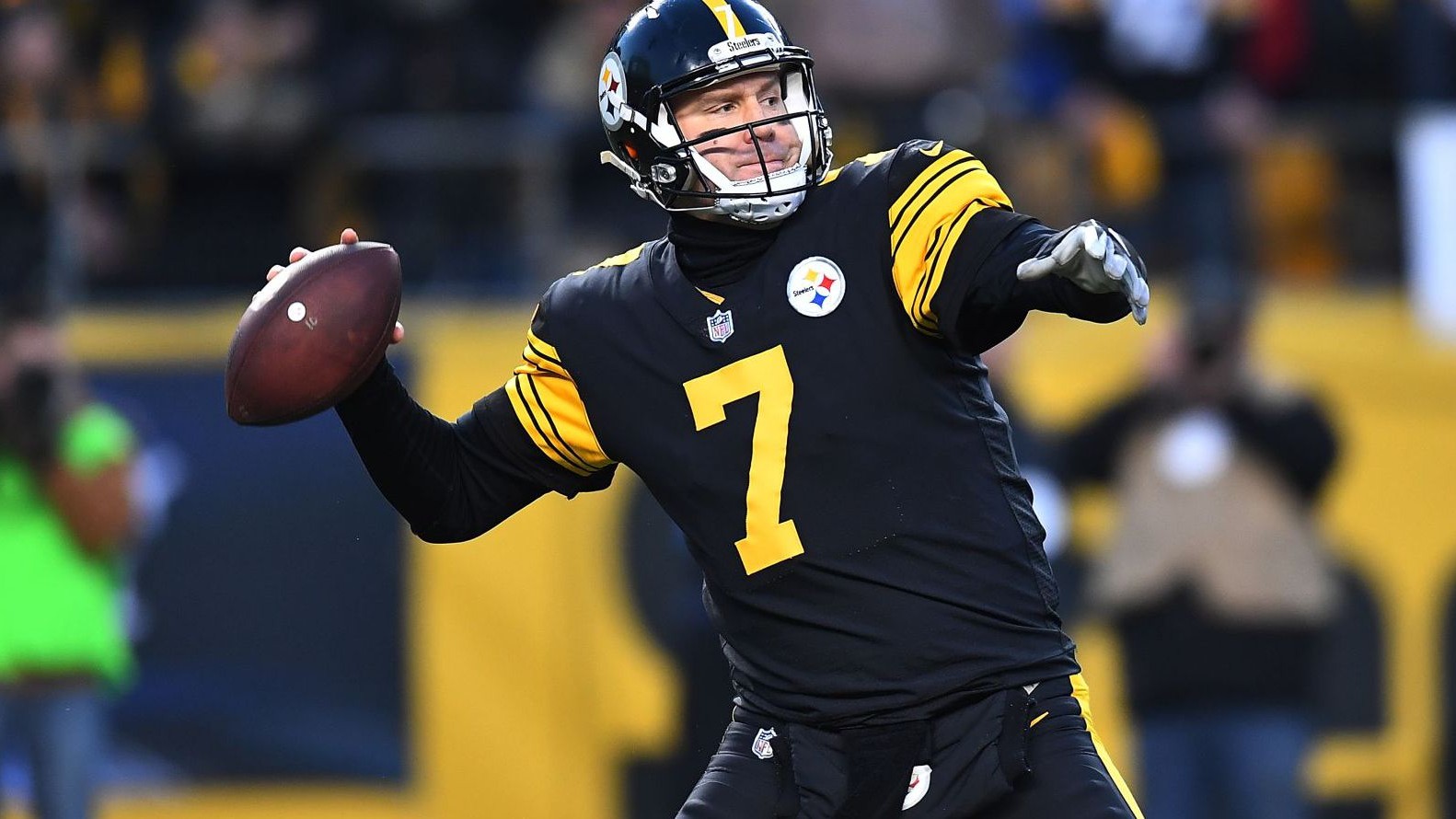 Bills’ first passing 11-on-11 drill of Tuesday’s practice is complete, all third downs. Peterman took all first team reps and went 4-for-4 with a sack, although two of his completions were short of the sticks.

Allen took all of the second team reps and went 5 for 5 — three screens/dump offs to running backs and two crossers to Logan Thomas and Kaelin Clay.

AJ McCarron took all of the third team reps and went 4 for 5, overthrowing Cam Phillips on a shot downfield. McCarron did hit Robert Foster for a first down on a slant.

Peterman took a sack and hit Travaris Cadet on a third and long slant, Andre Holmes on a third and 5 curl and LeSean McCoy short on first down. In second segment, moving the ball, Peterman advanced to the offense’s 40-yard line before Jason Croom dropped one open over middle.

Allen hit Travaris Cadet and Khari Lee on shorter stuff then overthrew O’Leary over middle. Then O’Leary bobbled and dropped the next pass, followed by completion to K. Clay. Allen hit Dupre for big gain over middle then overthrew him in end zone in second segment.

McCarron hit Robert Foster, Cam Phillips and Keith Towbridge on shorter stuff before Foster dropped a slant pass. He hit Austin Proehl and Foster in second segment before leading Proehl a little too much down seam for an incompletion.

Receiver Rashard Higgins is stringing good practices and making a case to be an integral part of the offense this season. He caught two back-shoulder throws from Tyrod Taylor, one with No. 4 pick Denzel Ward in coverage, then got behind defensive backs Damarious Randall and Jeremiah McKinnon to haul in a well-thrown 55-yard go route from Taylor.

Rookie receiver Damion Ratley ran a double move and streaked down the field, with cornerback Mike Jordan on his heels. Baker Mayfield put the ball in the perfect spot with about a 55-yard throw, Ratley caught it and continued into the end zone for a 65-yard touchdown.

Baker Mayfield just got pick sixed by Jermaine Grace. Peppers would have done the same two plays earlier if he’d have caught the ball.

Vance Joseph was asked about running backs Devontae Booker and Royce Freeman and he basically called Freeman the starting running back without actually saying it.

Joseph called Booker the third down guy while calling the rookie Freeman a “downhill pounder”.

Tight end Jeff Heuerman has missed the majority of Training Camp and many(including myself) assumed his roster spot was in danger. However, the fourth-year tight end is showing why he deserves to be on the roster during today’s practice.

Chad Kelly with an absolute dime to Courtland Sutton who was blanketed by Bradley Roby but still hauled it in for a 40-yard gain.

Tuesday was not the best day for the offense. Neither Deshaun Watson’s nor Brandon Weeden’s offensive units did much all practice in team sessions. Watson’s group struggled to both complete passes and move the ball in late game scenarios set up by O’Brien. Weeden’s group at least mustered a 1st down during the practice period. It was the second day in a row that the offense struggled to move the ball with a purpose.

Time will tell on which player locks down the slot position group but overall, their play has been underwhelming. Keke Coutee is sidelined with a hamstring injury and neither Braxton Miller nor Bruce Ellington have taken over at the position. Each has caught passes but neither has shown game breaking ability from the slot position. Coutee had a strong start to training camp but the fact that he has not been healthy and is missing valuable practice time does not helping his case. The best man will win but it is far from decided at this point.

Three catches that caught our eye.

1. In team drills, Jester Weah caught a pass from Weeden that saw Weah catch a back shoulder throw with Kevin Johnson draped all over him. Weah jumped in the air and reached over Johnson, making the reception for a first down.

2. Will Fuller was working the back of the end zone and was able to shake free from Johnathan Joseph to run the end line to the back pylon. Watson threw a pass just over the out stretched arms of Joseph and Fuller snagged it, tapping two feet in before falling out of bounds.

3. Vyncint Smith was running in the back of the end zone in 7-on-7 drills and after initial good coverage by the defense, Smith changed direction to give Watson a target for what ended up being a sliding reception which caused the entire offensive sideline to get excited.

The final night practice of training camp proved to be an extremely efficient outing for Andrew Luck.

The 28-year-old quarterback hit on his first seven attempts, including a 5-for-5 performance on an 80-yard touchdown drive to open team drills. He finished 21-of-27 with three touchdowns and looked to be in total command of the offense.

One of Andrew Luck's three touchdown passes Tuesday night was a laser over the middle. It cut through the defensive front and found TE Ross Travis almost standing alone in the end zone.

He provides a rangy target with the speed to gain yards after the catch. But then so do Eric Ebron, Erik Swoope and — increasingly — Mo Alie-Cox. The competition at tight end might just be the strongest anywhere on the roster.

“Big-time playmakers,” Colts head coach Frank Reich said. “I think Jack Doyle kind of sets the bar really high for that group. Then bringing Eric Ebron in who is just really explosive. But that whole group has been very impressive in training camp.”

The Colts signed running back Tion Green and waived linebacker William Ossai with a non-football illness designation. Green appeared in five games as a rookie with the Lions last year, gaining 165 yards and scoring two touchdowns on 42 carries.

RB Josh Ferguson, who has been out most of training camp with a hamstring injury, is back in pads today to start practice.

I thought without Eric Ebron tonight that it’d be a big Ross Travis night, but I was wrong. It’s been a HUGE Erik Swoope night, just grabbing his fourth TD.

And then Travis makes me right with a 10yd TD of his own from Luck.

Luck throws a 12-hard TD to Ross Travis in red-zone drills. His second scoring pass of the day. Just missed another to T.Y. Hilton on the next snap. #Colts

Josh Ferguson has missed most of training camp with a hamstring injury, but he made his return on Tuesday in a big way. The running back had two big runs to the left side early in practice — thanks in large part to some gaping holes from his offensive linemen — and then, later in practice, he took a handoff from quarterback Brad Kaaya and ran it eight yards to the end zone, where he dove all-out for the pylon for the touchdown.

Running backs coach Tom Rathman had one primary instruction for rookie Nyheim Hines during several of his carries on Tuesday: “Pad level!” Hines had a few tough inside runs, and even got swallowed up on one attempt in particular and took a huge hit in the backfield, but he definitely seems to have the toughness this coaching staff wants out of its players. Speaking of toughness, Hines took a huge hit from fellow rookie linebacker Darius Leonard immediately upon receiving a pass out on the sideline from Luck on one play, but was able to hold on to the football.

Running back Christine Michael is going to enjoy his day off on Wednesday. Michael seemed to be used in heavy doses with both the first and second team tonight, which is no surprise considering the team has been light at the position lately due to injuries. Like Ferguson, however, Michael did reel off several nice runs on the night, capped off by a 20-yard touchdown.

The highlight for the offense was a 50-yard strike from quarterback Blake Bortles to wide receiver Marqise Lee. The wide receiver got a step on cornerback Tyler Patmon and caught the ball ahead of the coverage. Lee made a nice adjustment to haul in the ball.

Greene had a pretty strong day as a receiver, as he caught a handful of contested receptions. Of the three or four wide receivers heading up the sixth spot battle, Greene has probably been the most consistent receiver of the bunch.

Speaking of receivers, second-year wide-out Dede Westbrook continues to impress. Throughout practice, Westbrook made some nice grabs, an attribute that has become a trademark this offseason. In the battle for the starting wide receiver spots, Westbrook needs to be considered as a legitimate contender based on his work in camp.

Running back Kalen Ballage and tight end MarQueis Gray are in the concussion protocol and did not practice Tuesday. … Along with Parker, the players sitting out were WR Kenny Stills (ankle), LB Mike Hull (knee), DE William Hayes (hamstring) and OL Jake Brendel (calf). … Running back Frank Gore was back at practice after being the day off Monday.

Buddy Howell and Brandon Radcliff both had nice runs up the middle in team drills. … Bryce Petty had a nice completion to Francis Owusu near the sideline in a two-minute drill.

Phillip Dorsett avoided an injury after a scary situation toward the end of practice today, as the grass gave out under his feet. He will likely be at practice tomorrow, per source.

Tom Brady and tight end Jacob Hollister were warming up and practicing a comeback route. Hollister seemed to run the route in a way Brady didn’t quite like, so Hollister jumped the line to take another rep. Hollister made an impressive catch on that play and apparently ran an improved route, which drew loud praise from Brady. The Hollister hype train rolls on.

It was an up-and-down day for Phillip Dorsett, who didn’t finish practice. He hauled in a beautiful reception from Brady during an 11-on-11 session before dropping the next deep target in his direction. He then failed to finish practice, leaving with an apparent leg injury.

TE Dwayne Allen pulled up while running routes and had to spend time with the trainers.

WR Riley McCarron moved up to the first team offense when Dorsett was injured.

One of the surprises from the Raiders preseason opener against the Lions was receiver Griff Whalen taking snaps with the starters while Ryan Switzer played with the second-string offense. That continued Tuesday morning as Whalen was the starting slot receiver with Jordy Nelson and Amari Cooper on the outside.

After an impressive performance Friday night against the Lions, Connor Cook remains the backup quarterback for the time being. Cook took second string snaps, with E.J. Manuel running with the third team.

It is clear the Raiders running backs will be much more active in the passing offense, even splitting out at receiver at times. Each of them have showed the ability to effectively catch the ball, giving the offense another dimension and extra versatility.

Antonio Brown, who participated in team drills and caught a slick touchdown pass, signing autographs after the session.

Steelers quarterback Ben Roethlisberger is in the concussion protocol after sustaining a hit early in Tuesday's practice.

Coach Mike Tomlin said in a statement that team doctors are evaluating the six-time Pro Bowler.

Ben Roethlisberger in protocol. Before he went down, he was razor focused one day after offense blanked in 7 shots. Ben, JuJu and AB were peaking today with 4 scores in 4 plays. Very impressive. Ben walked off alone. Walking around campus, too.