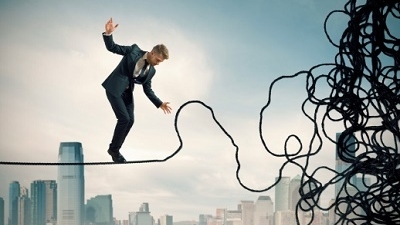 “To give anything less than your best is to sacrifice the gift.” This is the quote from Steve Prefontaine that hangs to my right as I record another episode of the Fantasy Football Hustle podcast. I can’t help but think Steve was talking to me.

You see writing was my passion. It was my escape.  It was something that came naturally as a student.  Journalism was my future. I was the four-year Editor of my high school newspaper.  I attended college to pursue sports broadcasting. But, women, beer, and fraternity life got in the way of focusing on my craft. I always felt despite being the play-by-play voice of the Oswego State Lakers Men’s Basketball team and Sports Director of WNYO-FM that I basically mailed in my college career. I never focused on getting better at what I was paying to be there for. 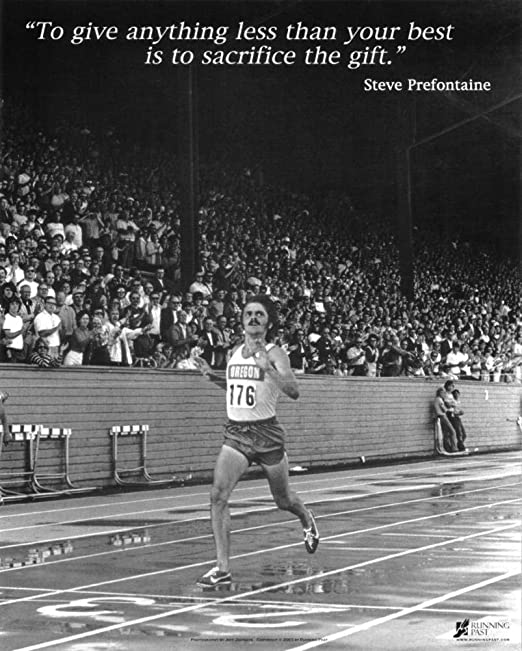 Anyone who tells you they want to be a sports broadcaster is telling you they don’t want to make any money. I learned that when I began applying to radio jobs out of college. I wanted to like so many others, to talk sports for a living. The reality became I was selling airtime.  I was a radio advertising sales rep making thirty thousand dollars a year.  That's good for a 25-year-old in 2005 right?  Being a sports host wouldn’t buy me a cup of coffee in Syracuse, NY where I’ve resided my entire life.

One sales job became another. All of a sudden I’m no longer dreaming of sports talk radio, but rather marriage, houses, and children. The fantasies of talking sports were replaced by the realities of rings and mortgages. Not that those are bad things. They aren’t. It’s the progression of life. I’m a very blessed man.

Every night around 7 pm my son and daughter ask to go on the trampoline. They love it when I bounce them uncontrollably high. Their laughter fills our wooded backyard. It’s perfect.

My son is soon to be 8. My daughter is 5. They are smart, fun, good kids. It’s everything someone could ask for. They are young enough to still want to hang out with Dad. I can’t pass that up. I won’t.

There will come a day when the nightly bike rides with my son become, “Dad I’m driving to so and so’s house.”

My daughter will stop asking for me to swing with her. Instead, she’ll be on the phone with girlfriends talking about whatever it is teenage girls talk about.

I’ve learned life is about time. Manage it. Use it well. It’s extremely precious.

In 2017 my wife was diagnosed with breast cancer. She wasn’t even 35-years-old. That isn’t supposed to happen. But it did.

Week after week I’d drive her to Chemotherapy. She sat in a room full of others afflicted with this horrid disease. This young, beautiful woman was being pumped full of poison to rid her body of something she never asked for. I would sit with her and we would watch the most inappropriate shows on Netflix. Our laughs were so out of place in a room normally resigned to worry, pain, and nervousness.

Her strength blew me away. While often still going to work through treatments as a Teacher she showed me what determination is. She beat cancer. It wasn’t easy. It wasn’t fun. But she did it and our children never were the wiser.

Today she’s 2 years cancer-free. A black tattoo with the script words “Free” now adorns her wrist. To me, she’s a superhero.

Before there was a Hustle podcast I was just a guy who loved fantasy football and was Commissioner of his home league. I’d write articles for my buddies about match-ups and funny draft recaps. That was the extent of me using my degree. I was a liquor salesman living in suburbia with 2 kids, a wife, and cold IPA’s in the fridge.

My favorite pastime is cutting the lawn and listening to fantasy football podcasts. You name a big show and I’ve chopped dandelion heads to their intros. With every pass of the mower, I was another step away from being that guy on the other side of the mic.

A chance Twitter meeting with Ryan Hallam who created Fighting Chance Fantasy all of sudden landed me as a last-minute replacement in a late summer mock draft. Here I am some booze peddler from Central New York in a draft with fantasy legends Bob Harris and Steve Gardner. From that day on I was a member of Ryan’s team.  He believed in me.  His site gave me a platform to write and podcast.  All of a sudden the window that seemed closed was cracked just a little for me.

For the past three years, I’ve co-hosted a podcast with Dwain McFarland, his incredible talents have taken him from obscurity to the heights of fantasy. He currently writes for Pro Football Focus and Establish The Run, Evan Silva’s latest venture. I owe a lot to Dwain. He’s stuck with me from our beginnings at Fighting Chance Fantasy to his meteoric rise to where he is today. His talents haven’t even begun to bubble up to the surface. I’m happy to be strapped to that rocket ship. Dwain deserves every single accolade and follower he gets. Hard work truly pays off. He’s living proof.

Our show has interviewed some of the biggest names in the industry.  Guests included Sigmund Bloom and Evan Silva and Graham Barfield to name a few.  They've all come on and helped our show grow because of the connection Dwain and I have built.

Last August I stepped off an airplane in Canton, Ohio and Mike Clay of ESPN walks over to me and asks if I want to get an Uber.

I’m attending the King’s Classic Fantasy Draft at the Pro Football Hall of Fame. Mike noticed my "Scott Fish Bowl" shirt and assumed I’m there for the same draft as him. I jump in the car and for the next few hours, this guy I’ve been watching on ESPN is cracking beers with me over lunch. Quite a change from weed whacking around trees while he’s giving me stats on the 06010 podcast. Hey, this fantasy thing might be cool.

So here I am, a guy nobody has ever heard of having cocktails with the biggest names in the industry. From Brad Evans to Joe Dolan, Mike Tagliere, to Jeff Ratcliffe I’m one of the boys. I belong. I guess.

Draft day at the Hall of Fame comes. I’m excited. This is going to be broadcast on Sirius XM across the nation. All of my buddies back at home are listening and texting me after each pick. There are two drafts that day, an auction and then the snake. My Fighting Chance partner Steve Rapin and I decided to split the duties. He would do the auction and I’d draft the snake squad. I also volunteered to be the live Auctioneer for our division. Hey, whatever gets me more time with a mic in my hand I'm all for it.  If you’ve never done a live auction let me tell you it is tedious. “Going once… going twice…” I must’ve said that 300 times in those 3 hours.

My draft was nothing special. I didn’t win the league or even make the playoffs. It was a 14-team league where my team was just kinda blah.

I came home ready to write about my experiences. Days passed. No article. I had ideas for other pre-draft articles including one about Damien Williams wrapped around the lyrics of Springsteen’s “Thunder Road.” Again, fingers never met keys.  There just was never any time.

I hosted two podcasts a week last season. One with Dwain on Tuesday nights and then Wednesday’s I was hosting a DFS show with Nick Volinchak from the DFS Headquarters. I got paid for that show! Not many fantasy podcasters can say that these days.

Between the shows, work, kids, wife, I never got to pen a single article last season.

By week 16 I was burned out. I was excited football was ending. It became a job. A job that to be honest wasn’t exactly paying me all that much. The creative joy wasn’t there.

Fast forward to today. We are living through a pandemic where we have nothing but time. Article ideas come and go. For some reason, I can’t prioritize getting them out of my head and onto the screen.

Frustration began to build in me. My wife even sensed it. I wasn’t happy and it was because I was wasting a golden opportunity.

At Fighting Chance I have the freedom to write about anything I want. If I want to write about WNBA DFS that’s completely fine. I’ve been given this platform and an audience weekly to plug it to but I sat on my hands. I’ve given myself nothing but excuses. Steve Prefontaine looks down from the wall in disgust, until today.

I hope that I can continue to be the Father my children deserve and the Husband my wife signed up for while writing content that finally frees my soul.

I don’t do analytics. I’m not a deep dive stat nerd. Those guys are fantastic. That’s not me. I write from feel. I like a good story. To me weaving a narrative that can hold a reader's attention is more satisfying than them leaving with a stat they’ve never heard before.

I’ll be 40 in August. Long gone are those days at Oswego State calling basketball games but in its place is an expensive laptop and a desire to let my voice be heard again. It’s a promise I need to keep to myself more than anything.

As Prefontaine noted this gift is a terrible thing to waste.