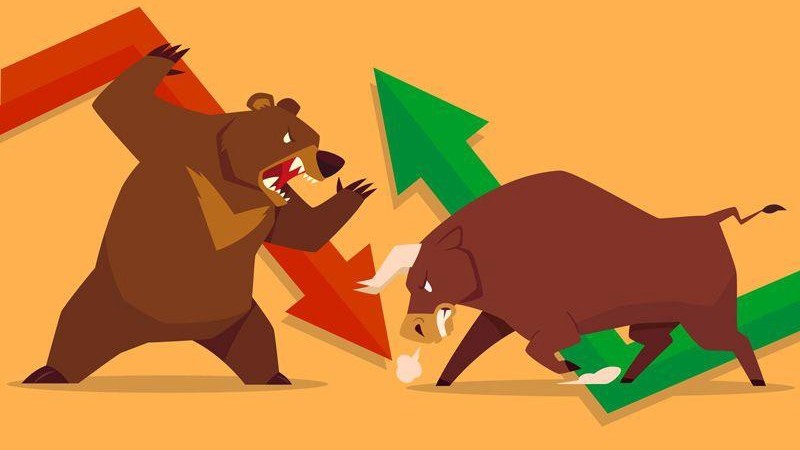 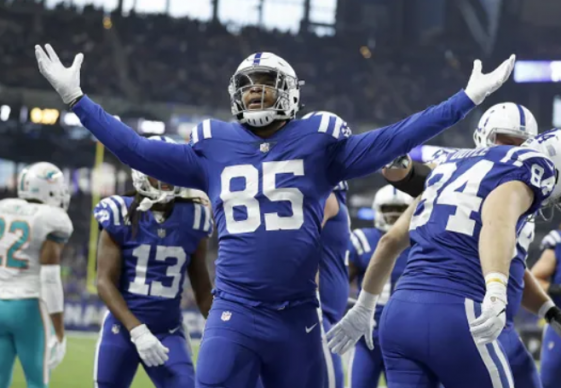 With Eric Ebron’s Herculean 14 touchdown effort in 2018, there have been some questions bandying about regarding Ebron’s outlook for 2019. Is it fair to think that his 2018 just might lead to future fantasy returns in the coming years? I mean, who hasn't heard of that 5th year post-post-post-post hype sleeper? Ebron was drafted 10th overall in the 2014 NFL Draft with high hopes for the Detroit Lions but in his four seasons, was a disappointment relative to his draft position. Marred by drops, inconsistency, and much talked about lack of red zone usage during his tenure in Detroit, Ebron never really took hold of the starting tight end job, only tallying total 11 touchdowns in those four seasons.

Heading into 2018’s free agency, Ebron latched on with the Indianapolis Colts with the hope of being a quality receiving option for a returning Andrew Luck but few could have expected the level of dominant production that followed. On his 110 targets, he caught 66 of those for 750 yards and was second in the NFL in receiving touchdowns with 13. He also chipped in a rushing touchdown in Week 9, to total 14 touchdowns in his 2018 campaign. Where Ebron really made his money was in the aforementioned red zone, where he received 21 red zone targets which placed him third among tight ends and 10th in the NFL in 2018.

Add in the fact that Frank Reich really wanted to stretch the field with Ebron (1020 air yards, 9.4 per target) and those numbers helped land Ebron at TE4 for the season. Not too shabby for a guy that was undrafted in a vast majority of leagues last summer.

Comparing Ebron's 2018 season in Indianapolis against his four year tenure in Detroit, the first thing that can be taken out of these statistics is that he scored more touchdowns in one year than his four seasons in Detroit combined. Years of being just "ho-hum" at the TE position in fantasy (finished 13th, 15th, 12th among tight ends last three seasons) seemed to label him as somebody who would be out there on the waiver wire just in case of injury (the Jonathan Stewart position). The early-season hip injury to Jack Doyle really helped spark Ebron's ownership numbers from the 30% range in Week 1 to universally owned by mid-season.

With his 2018 touchdown numbers being a clear outlier in 2018, one can definitely throw up a red flag to question if this kind of production can continue on to 2019. Next season should return more than 6 games of fellow TE Jack Doyle, an excellent option in his own right, and potentially, another wide receiver to pair with T.Y. Hilton and company. With the bolstered offensive line finally bearing some fruit under Colts head coach Frank Reich’s scheme and the Colts’ running game delivering late in the season, that continued progress can only help the passing game, in which Ebron was a huge part of that resurgence.

Continuing to dive into his 2018 a bit more, while Ebron ended up as TE4 on the season, the way there was quite the rollercoaster. He averaged just a shade below 14 PPR points in his 16 contests but the highs brought up the disappointing lows. In the six weeks that Jack Doyle was also active, Ebron didn’t even play half of the snaps in the offense (45% in Weeks 1-2 and 8-11) and only amassed 15 total targets (3.5/game) in those six games. That said, Ebron did run over 34% of his pass routes in the slot, and with the Colts as a whole placing top five in the NFL in running “11” personnel, that gave Ebron plenty of opportunity, even if his yards per catch average of 11.2 was down there (81st among all pass catchers) with such luminaries as Antonio Gates and Kyle Juszczyk. What it boils down to is that while Ebron didn't really see the field a ton (or as often as he should have), he maximized every opportunity that he received in 2018. Ultimately, his 13 receiving touchdowns may prove to be unsustainable in the long run. 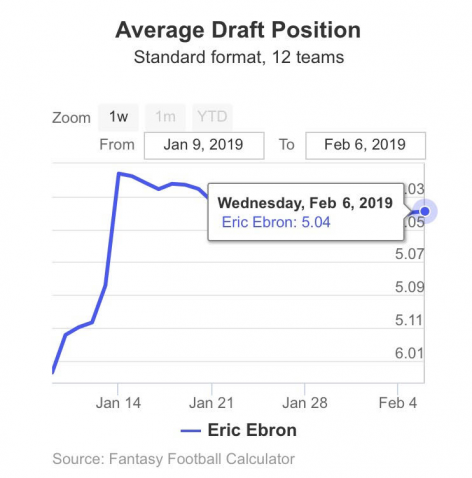 Ebron’s ADP (Average Draft Position) has averaged out to roughly the beginning half of the 1st round, at 5.04. That ADP has him ahead of players such as Kenny Golladay, Doug Baldwin, Cooper Kupp, and Kerryon Johnson. At that price, you have to figure the rookies with the best landing spots (Josh Jacobs perhaps?) would start to fall around this round and subsequent rounds. After the first three tight ends are off the board, I can’t envision another tight end being selected until the 6th or 7th round, where players like Hunter Henry or O.J. Howard are likely options. In fact, in the Fighting Chance Fantasy Early PPR Mock Draft last month, Ebron was selected at 5.06 as the 4th TE drafted. That draft slot seems pretty high to me and doesn’t represent the best approximate value for a player with what one would say as solid counting stats, a low catch rate (60% in 2018) and potentially unsustainable touchdown numbers.

The verdict for Ebron's 2019's prospects?

With the Colts likely to looking into the free agent market or looking to a wide receiver prospect in the 2019 NFL Draft to complement T.Y. Hilton, as well as the health of Jack Doyle directly impacting Ebron’s ability to even see the field, it’s going to be incredibly difficult to see Ebron repeat his 2018. I like Ebron as a solid value in the 7th/8th round depending on team makeup, for sure as a TE1. You just won't see me spending the draft capital in the 5th round to take a tight end when I can take a high-end WR3 or ascendant RB2 with high upside. I don't think it's prudent.

Stay tuned to Fighting Chance Fantasy as this "Bears & Bulls" series will continue with some profiles of the most volatile fantasy football assets! You can find me on Twitter at @ktompkinsii!