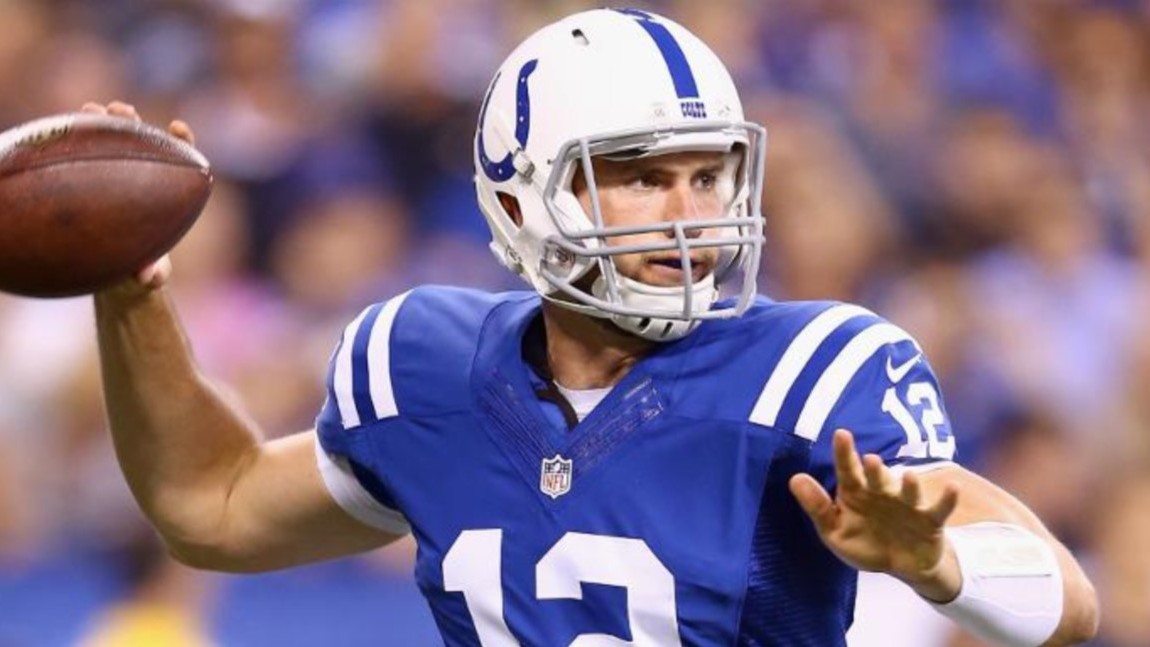 In each new season one of the hardest things to determine is whether a player coming off a down year or coming off an injury will rebound in the new season. Unfortunately that’s exactly what we have to do leading into drafts each and every year.

Whether it was major players who missed a lot of time to injury, players who just didn’t meet expectations based on their history, or even new players that looked great early then got hurt, trying to figure out if they will get back to their old selves once again is a daunting task.

This is what we are asking everyone today, so without further ado I give you today’s Twitter Question of the Day:

Who will be the Fantasy Comeback Player of the year and why?

@FFD260 - David Johnson - Volume alone is putting him as a rock solid RB1. Not to mention, upside being a top three overall RB. PPR is assumed anymore, and that makes the likelihood even more so.

Mark Spafford - Josh Gordon. Showed flashes in five games last year. Remember the Browns’ QB position had about 40 turnovers. That's why they love Tyrod Taylor and his ability to protect the ball, therefore, the offense will be on the field longer. The knock on Taylor is he doesn't like to throw the deep ball. But he won't have to with Gordon's excellent YAC ability. BUT the one addition the Browns made in the offseason that I think is most important is adding OC Todd Haley, who has a history of producing top 10 offenses.

@thediamondmike - Does Dalvin Cook count as a comeback? With the addition of Cousins and the departure of McKinnon, he could be a PPR monster.

@mikeg5781 – Odell Beckham Jr. With Barkley in the fold the Giants have become two dimensional, add another year under Engram’s belt, and now u have a higher octane offense. Defenses will have to respect the offense of NY, and not just focus on shutting ODB down.

@HobbyWally - Dalvin Cook. He was off to a great start before getting, has a chance to be a top 5/6 rb and you can likely get him at the round 1/2 turn.

Eric Olinger - I think the easy answer will be Allen Robinson. The move to Chicago, a team desperate for a legitimate receiving threat, should make his comeback a lot easier. Honorable mention could be Jordan Reed or Tyler Eifert if either can string together 12+ games.

@fantasygeek37 - Mine is Amari Cooper. He finished as the WR36 in PPR leagues last year and I think he bounces back to be a borderline WR1 in 2018. Gruden has featured his WR1 very heavily in his offense and with an aging Jordy Nelson and potentially suspended Martavis Bryant, I see a lot of targets in his future.

@willyd411 - David Johnson is about to come back and light the fantasy World on fire. I’m getting as many shares of him as I can for a top back coming off a wrist injury.

@SpicyMilkSauce - Spencer Ware. If he’s healthy I expect Andy Reid to utilize him plenty as a compliment to Kareem Hunt. Complete steal at his current ADP.

Sugriv Patel - Dalvin Cook is another name, he'll join the elite RB group this year. He was leading the league in rushing before he went down and showed all the skillset of a top 5 overall pick.

@JesseReevesFS - Josh Gordon.  There’s many reasons I like him this year but I think the weapons around him may be some of the best he’s had in his entire career. In 2013 (his best year) his QBs were Jason Campbell, Brandon Weeden, and Brian Hoyer.

@WONDERBALLS67 - My money is on Julian Edelman. Intense work ethic, excellent rapport with QB, And the guy doesn’t know what taking a play off is!

@llong7teen - Sammy Watkins - Lots of talent around him to draw the attention of the defense. System fits him better. Best overall WR on the team. QB has a big arm. And he got PAID, they'll use him.

@TheEthanLillard - David Johnson. Will be interesting to see if he can live up to his top 5 ADP coming back from a major injury. Still, that offense should have at least 1 or 2 more good years with Fitz still around catching passes.

@DFBeanCounter - Andrew Luck. He is as football crazed as I think anyone is. Just had a full year off and will be coming back hungry. Oh and they might have the best offensive line he has played with in his NFL career. If you give that man time to pick apart a defense it's going to be scary.

Jason Duvall - Jordy Nelson is a candidate I believe. Carr may be no Rodgers but he can get the ball to his weapons. Basically a reset team in Oakland so anything is possible. What does he have to do? 800yds/60rec/7tds - Is that really too far of a reach?

Jeff Haseley - Marcus Mariota is a candidate for me. The Titans will have a new offense with offensive coordinator Matt LaFleur. He'll bring the spread offense back into Mariota's hands which is where he thrives. LaFleur didn't get the credit he deserved for running the Rams offense. I think he makes a big splash with Mike Vrabel in Tennessee with Mariota being the biggest beneficiary.

James Greenwood  - Does David Johnson count? Lack luster year due to injury could have returned at the end of last year and the injury does not have a high potential for a return.

@itsvon – Desean Jackson, I don’t feel like there are a lot of options here. Another year in the offense, improved running game, DJax gets back to wr3.

There are a lot of good names here, some obvious, some not so obvious. Let’s start with David Johnson, if he gets anywhere near his 2016 numbers he should be a lock to be comeback player of the year. His injury was a fluke wrist injury and he should have fresh legs and will be working towards a new contract which should further incentivize him.

Andrew Luck is another who has a really good chance to win it. All reports say that his surgically repaired shoulder is pain free and he is expected to be on the field come Week 1. Even playing through the injury in 2016 he threw for over 4,200 yards and 31 touchdowns.

But the one name not mentioned here is the one I will go with; Eli Manning. 2017 was Manning’s worst year since 2008, but he had absolutely nothing go his way. He lost all three of his starting WRs for multiple games during the season, with Beckham missing 12 games, Brandon Marshall 11 and Sterling Shepard missing five.

Add to that terrible offensive line play and no running game and it was a recipe for disaster, which is what it was.

Going into 2018 Eli will get to work with new Head Coach Pat Shurmur who just got a career year out of Case Keenum in Minnesota. He has a rebuilt offensive line including free agent Nate Solder to hold up Eli’s blind side and rookie Will Hernandez coming in at guard. They moved perennial swinging gate Erick Flowers to right tackle in the hopes that he can improve on that side.

They also used the number two pick of the draft to get running back Saquon Barkley, a multi-dimensional back that should instantly give them a running attack

Eli has seen his numbers drop across the board over the last four seasons, but he still averaged over 4,200 yards and 30 touchdowns over the three year span between 2014 and 2016.

With improved play around him we should see him put up a minimum of the average he displayed during 2014-2016 and maybe even an increase over those numbers. He has every chance to finish as a top 12 quarterback, but you only have to invest in him as a low end QB 2.