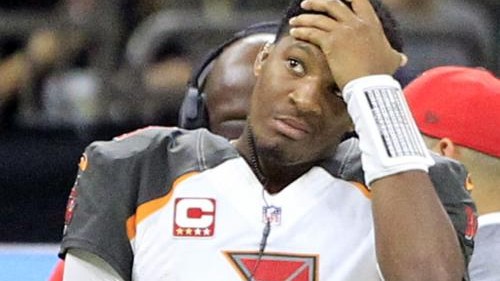 Diary of a Fantasy Dad #4

“The pill I keep taking

That’s the reality of my fantasy season in my most important league.  The one I’m  Commissioner of.  The group I give a majority of my energy to.  0 and holy crap how did we get here? 0 and what happened?  0 and what went wrong?  0 and where’s the nearest bottle of Jack? 0-6.

The preparation was spot on.  That’s what I tell myself every season.  Truth be told maybe it isn’t.  Like so many of you I enjoy reading a variety of sources.  I even give my own opinions on weekly podcasts.  But maybe the thought process was flawed?  It doesn’t matter now.  Time to move on and play these cards.

Does that mean I’m going to quit?  Never.  As detailed in my prior article I’ve focused on who to take so I could dominate.  That didn’t happen.  The focus now is who to obtain to turn it around.  I think I’m on the right track.

I’m a waiver wire maniac.  You need to be also.  I get up at 3am when the Yahoo site turns to the new week and I see who is added and dropped.  I’ve gone after upside players who can be valuable to my lineup and in trades.  I’ve added guys before they were waiver wire darlings like Ito Smith and Keke Coutee.  Then I look for upside stashes like Jack Doyle and D’Onta Foreman.  Being aggressive leads to striking it rich before your league mates.  It’s starting to pay off for me.  I have a roster loaded with upside players who now can fetch me a better player in a package trade.  That has to be my way out.

I’ve already made a few moves and it’s improved the roster.  You too should be eyeballing trades like this.  First I dumped underperforming guys like Dion Lewis.  I don’t want any part of bad offenses.  I can’t afford that and neither can you.  Give me imaginative play callers and high volume.  I packaged Lewis with John Brown and bench stash D’Onta Foreman in return I brought in Robert Woods and Bilal Powell.

I don’t mind going out and trading for unproven talent and that’s just what I did next.  I sent Adrian Peterson who at the time was a top 10 RB and Chris Godwin to land Tyler Boyd and Chris Carson.  I love Carson’s schedule and Boyd is primed for a breakout.  Along with Julio Jones I have three of the top 15 WR’s in fantasy.

The next move I made landed me a quarterback.  I wasn’t going to trade lucrative pieces for the Watson’s and Ryan’s of the world.  That wouldn’t make sense with my roster.  I needed a cheap play.  Enter Jameis Winston.  The Bucs QB’s combined to date are the number one QB in fantasy.  That is production that can help turn a team around!

I secured his services for Austin Hooper from a TE needy team.  Now that I had my signal caller I knew I was ready to roll.

My biggest downfall is still running back.  Dalvin Cook is crushing my soul.

Welcome to week 6 and Cook is still out.  Carson lays and egg.  Bilal Powell falls flat.  Those sins wash away the weeks of Winston, Boyd, Jones, and David Njoku.  Oh and the Jags D gave me negative points.  Welcome to 0-6.

I’m not saying to go and trade all your best players.  I’m not saying you’ll miraculously run the table because honestly you probably won’t.  But like Pink said in our opening fantasy is our drug we can’t kick.  So instead roll up your sleeves and fight.

Get DEEP into your waiver wire.  Add Tre’Quan Smith and Courtland Sutton.  Trade for Doug Baldwin and TY Hilton who have disappointed so far.  Don’t be reckless but don’t be scared.  As someone once said and it perfectly applies to fantasy: “Scared money don’t make money.”   Play every week like it’s DFS if you have to.  Because really, you have to!

The fun is in the fight.  Maybe you’ll win 3 games.  Who knows you could get lucky and win the last 6.  The moral of the story is you learned from your mistakes and grinded your way of out of the darkness.  You can do it.  I can do it.  Let’s do it.