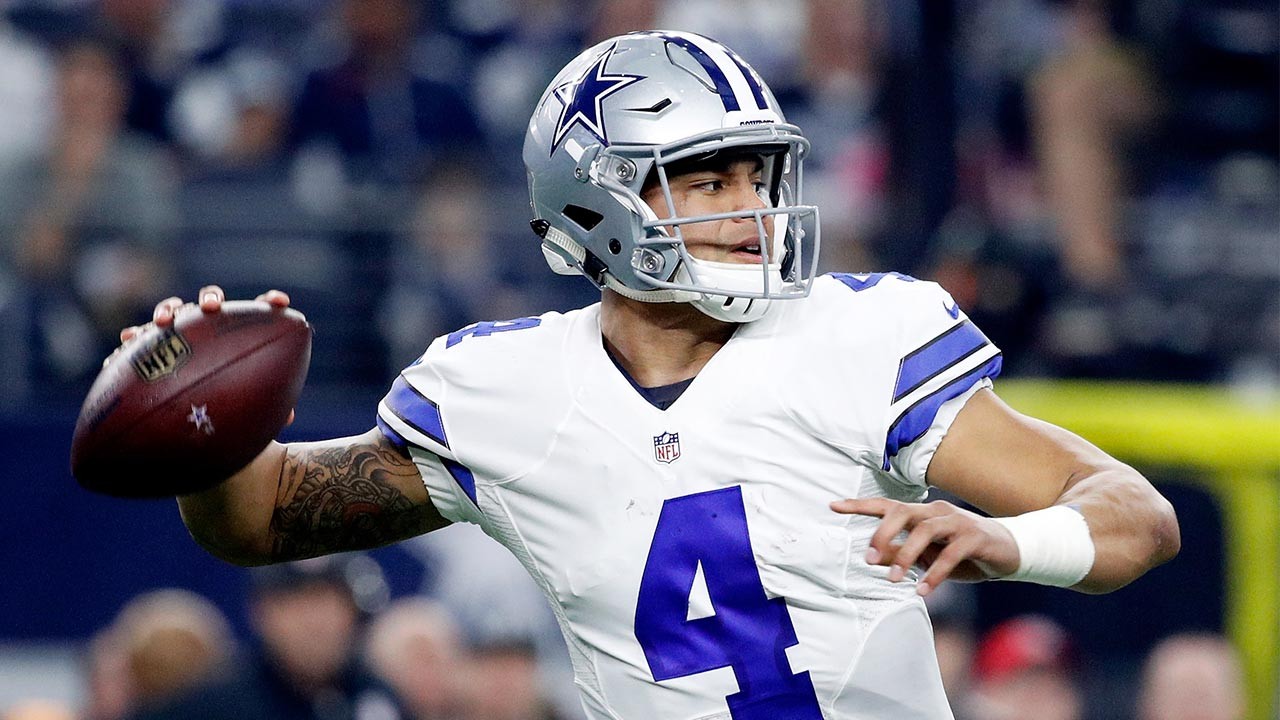 Drafting Dak as a QB1

Dak Prescott is a young quarterback who gets plenty of grief due to being Dak Prescott (oh, and being the quarterback of America's Team). I’ll admit, as a Dallas Cowboys fan I’m not actually fond of the guy myself, but for fantasy football purposes, the man under center is a fantasy phenom. He might be underrated as a fantasy quarterback, so let’s take a look as to why he could be a worthy draft pick in the 2019 fantasy season.

First, eye what he has been able to accomplish in his three years in the league. When he burst onto the scene in 2016, Prescott started all 16 games, even when Romo was as healthy as a Romo could get. In that breakout season, he completed 311 of 459 attempts while throwing for a stunning 23 touchdowns. 2017 and 2018 were quite similar to the stats he gained in his rookie season. Again, durability came into play, and he started every game in the 2017 and 2018 campaigns, unlike fellow draft class colleagues Jared Goff and Carson Wentz.

He still completed over 300 of his passes in each of those seasons (308 of 490 attempts in 2017 and 356 of 526 attempts in 2018). People were down on Prescott in 2018, but he had fewer interceptions in 2018 than he did in 2017. 2017 had Prescott tossing 13 interceptions while he only threw up eight in 2018. Keep in mind, he completed and attempted more passes in the 2018 season, so having his interception total go down was a nice sign for fantasy and real life football purposes. Oh yes, and he also threw for over 200 more yards in 2018 than he did in the 2016 campaign. 2017 was actually his lowest in terms of yards, going for 3324 in that season. His throwing stats towards the end of his 2017 campaign were down, averaging only 188 yards from the tenth week to the end of the season. His game started down again in 2018, but the second half of the season had him get his groove back.

For two seasons in a row (2017 and 2018), Prescott was allowed to show his rushing ability. He had over 300 rushing yards in each of those years. The Cowboys quarterback proved he could take the ball in himself, gaining six touchdowns on the ground in each of the three seasons he has played. Scott Linehan was fired as Offensive Coordinator in the offseason, and so-called Cowboys quarterback whisperer Kellen Moore is now in that role. He has been a large influence in Prescott’s game, and he should be able to help Prescott play to his fullest potential.

Also, remember that Prescott finally has a number one wide receiver in Amari Cooper. Just by watching the games you can tell Prescott has more chemistry with Cooper than he did with Dez Bryant. It is mind-blowing how a change of scenery has elevated Cooper’s game while helping Prescott to look like a franchise quarterback.

Cooper’s addition to the Cowboys roster has given Ezekiel Elliott more opportunities. The box that was once stacked due to no number one wideout presence has now opened up yardage upon yardage for a man who knows how to eat up yards. Now players such as first-year wide receiver Michael Gallup are also able to come into their own. The chemistry with these players has been showcased since the arrival of Cooper. Yes, Elliott and Prescott have always been on the same page, but now Elliott is able to get back to his yard crushing ways.

Elliott has been a dual threat this season, both catching passes and rushing the ball, and in turn, has assisted Prescott in all aspects of his game. Trust was something that seemed to be missing from this team, but as the season progressed, so did Prescott’s confidence in his receiving core.

Add to all of this the good news that Travis Frederick, the stud center of the Cowboys, is almost at 100% health. He is expected to be good to go in the 2019 campaign, so expect Prescott to have bountiful stats yet again. If Prescott’s O-line is less than healthy, it shows in his stats.

When breaking down what went on this season and past seasons, we need to evaluate Prescott from a fantasy football standpoint since ultimately that is what matters in our fake game. The Dallas quarterback was a top ten fantasy quarterback in all of the three seasons he has been in the NFL. His 2016 campaign had him showing out as the number six fantasy quarterback. 2017 had Prescott taking the number ten spot. The 2018 campaign had him put up enough positive stats that he ended as the QB10. Hopefully, he’ll carry the momentum of his big games into the 2019 season.

In 2018, Prescott had an Average Draft Position (ADP) of 136 overall; the 17th quarterback taken off the board. It is incredible that a quarterback taken so late in the fantasy draft has been able to rack up the stats that he has. Do not sleep on Dak Prescott in the upcoming season. Is he getting the respect he deserves? All I know is that in 2019, my eyes are set on drafting Prescott wherever I can get him. Wow, did I just change my mind on this player? Maybe.