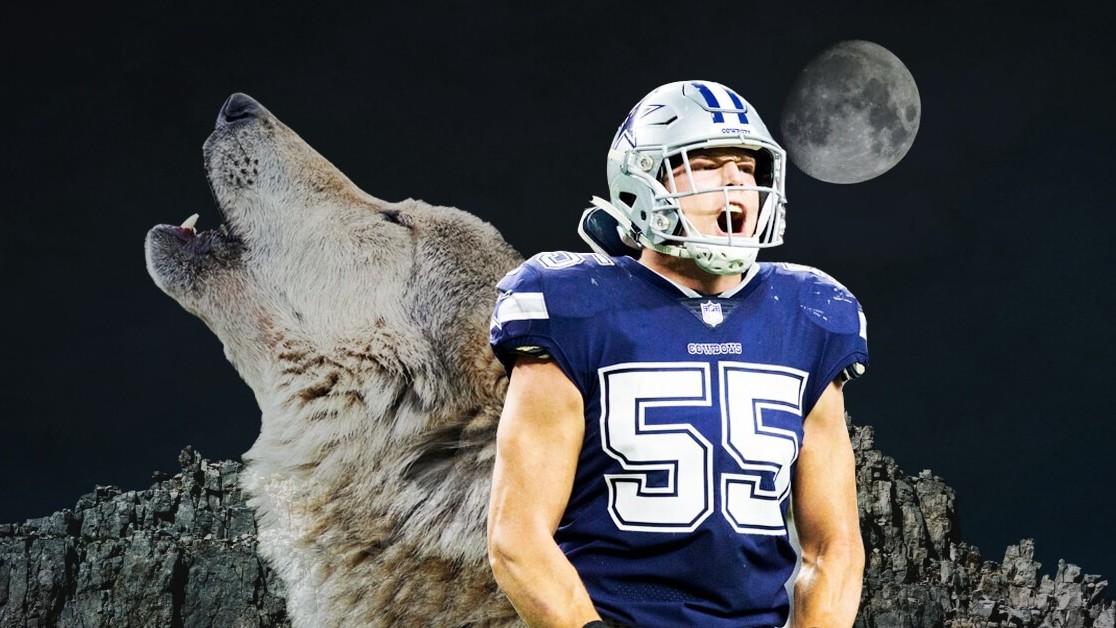 Faster than A speeding Bullet

For the Dallas Cowboys, drafting players, "outside of the box" is somewhat of a tradition.

Let's start this discussion by mentioning Robert Lee “Bullet Bob” Hayes who was a gold medal Olympic sprinter turned American football wide receiver. It's no surprise that the man once considered the world's fastest human, easily transitioned into the game of football and to this day is the only athlete to hold an Olympic gold medal as well a Super Bowl ring.

Which is the real football? 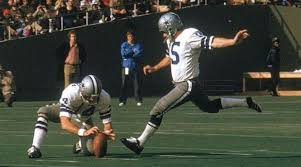 Whether it was futbol or football, Fritsch was able to excel.

Now let's meet Tony Fritsch, a former soccer player for Austria's national team who was discovered overseas by the Cowboys and became a record-setting NFL Place kicker. Tony holds the NFL record by having kicked a field goal in 13 straight playoff games and helped Dallas win a Superbowl title in 1971 against the Miami Dolphins.

Robert Quinn who was a three-time heavyweight state champion in 4A wrestling has proven to be among one of the top defensive ends in the league while collecting 80.5 sacks and 64 assisted sacks in his nine-year career. Quinn originally had aspirations of becoming a skateboarder.

"I wanted to be a professional skateboarder a lot more than football. I was a lot more focused on that,"

“I was always a little oversized for my age, and it was good for balance.”

Quinn was drafted in the first round as the 14th overall pick in the 2011 NFL draft by the st. Louis Rams. Quinn played seven seasons with the Rams, being selected for two Pro Bowls.

While building on his already impressive resume, he was placed in Dallas and by 2019, he would become the Cowboys overall sack leader.

“People always tell me I'm ready to be the next Julius Peppers or DeMarcus Ware. I always tell them, 'Why do I need to be the second of somebody else?”

So with dreams of becoming a professional skateboarder and already claiming multiple heavyweight state wrestling Championships, who would have thought that would be the perfect yet deadly combination for becoming one of the greats on the gridiron?

While the Cowboys often got lucky drafting athletes who excelled in other sports, this college basketball star suiting up was hardly a slam dunk. 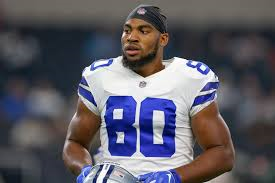 While he was successful on the hardwood, Gathers' NFL career went up in smoke.

Rico gathers who was a 6’8, 280 pound forward, played at Baylor University and while being remarkable on the court, he couldn't quite keep the tradition of basketball player-turned tight end alive. Gathers' NFL stats aren't even worth mentioning, as his off field problems with marijuana ended his career before it even started.

Can you really blame the Cowboys on this one? The blueprint was there and with players like Eric Ebron, Jimmy Graham, and Antonio Gates who we're all record-setting basketball players in college that ended up being high talented Pro Bowl players in the NFL at the tight end position.

Some NFL players have been molded into their position and trained for their craft in the most unlikely of places. For instance, Chad Wheeler, the 6’7 317 pound offensive lineman for the New York Giants, credits his flexibility to yoga which he says helps in games. New York Giants cornerback Janoris ”Jack Rabbit” Jenkins and Chargers wide receiver Travis ”Rabbit” Benjamin were high school rivals that have both credited their speed after catching rabbits out of burning cane fields in Palm Beach county Florida. Both would go on to excel in the National Football League. We have all heard stories of Jerry Rice catching down horses and snatching bricks out of the air to develop his hands as well as his work ethic.

“The Enemy of the best is the good. If you're always settling with what's good, you'll never be the best.” -Jerry Rice

Bark At The Moon

Leighton Vander Esch, the linebacker for the Dallas Cowboys, literally hunts wolves. Now as tough as that sounds you may think there's no particular advantage for this that plays a role in football. However, after every big play Vander Esch displays what is now his trademark wolf howl that seems to get the crowd and fellow players riled up.

“Man, I got so hyped,” Cowboys running back Ezekiel Elliott said after the game of the howl. “It gave me chills, man. The hairs on the back of my neck stood up.”

It's very interesting to see how players with diverse backgrounds,different hobbies and alternate childhood sports can eventually transpire and affect their role on a football team. With names like the “Wolf Hunter” and “Jack Rabbit” I believe nicknames make it more of a brotherhood than a team.

It's quite obvious that football players come from all walks of life. The great thing about the NFL is that the only thing that is required is passion. We've all seen that you don't even have to have both hands or both feet to play the game, all you need is heart. No matter where you come from, no matter how much money you had growing up, everyone has the same opportunity if you have the right mindset. So what does it take to become a great football player? Is it speed, agility, stamina? Is it mental toughness, passion, or just plain brute strength? While it's safe to say that all players in the NFL exhibit raw talent, some players work for it, most players earn it, and others are considered lucky enough to be born with it.