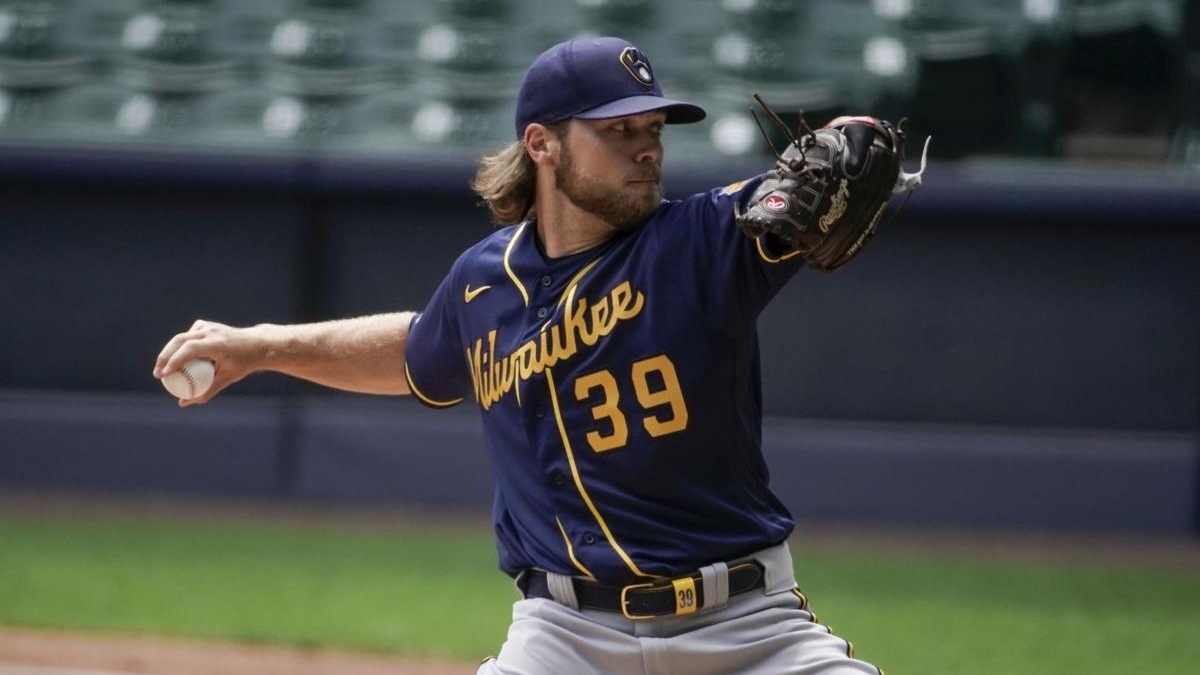 In a dynasty league, we’re all looking for that cheap player that you can get for next to nothing from the owner, or possibly that hidden gem in free agency.  The list I’ve compiled here are players who’s values I believe to be at an all time low, which gives a player the most realistic chance at getting a great value for their future rosters. This is specifically targeted for starting pitchers and points leagues, as starting pitching does tend to hold a little more weight in that format because they score more points than hitters. The are all also age 25 or younger, which realistically means if you get these players, they should be able to develop into nice pieces for your roster in the future.

Burnes may have some of the nastiest stuff in all of baseball. Terrible surface stats ultimately are going to lead to him going for super cheap in auctions, as well as super late in drafts. The strikeout potential is immense, and he seems to have worked on his control quite a bit. He’s had an awesome abbreviated spring and in his most recent outing, he went 12 up, 12 down, with 7 strike outs. He is 99th percentile in fastball spin rate, and 92nd in curveball spin rate, as well as 97th in whiff% and 84th in K%. His 38.6% HR/FB ratio, 57.4% strand rate, .414 BABIP, & 8.82 ERA vs 3.37 xFIP, suggest just how unlucky Burnes was, he gave up a lot of barrels last season, but with improved control, those numbers should regress to a solid top 40 pitcher.

Keller was so bad (for fantasy purposes) last season. However, when you dive into his stuff a bit, he had to have been one of the unluckiest pitchers in recent memory. 3.19 FIP vs a 7.13 ERA, a 59.6% strand rate, 13% HR/FB rate, and a .475 BABIP. The last 3 of the sited statistics tend to be directly correlated with how lucky or unlucky a pitcher is. His fastball got rocked last year but given that he’s in the 83rd percentile in velocity, and the 91st percentile in fastball spin rate, I can’t see him allowing a .451 batting average on that pitch again. On top of that his slider had a whopping 47.8% whiff rate, and his curveball was also excellent with a 34% whiff rate. He has the stuff to be a frontline fantasy starter, and he’ll never be cheaper than he currently is.

There is a whole lot of red on Canning’s baseball savant page, he excelled in limiting hard contact, falling in the 82nd percentile in hard hit % as well as 80th percentile in xBA. He has some nice swing and miss stuff, as he was in the 87th percentile in whiff rate. Canning had a 13.8% swinging strike rate, which would have been exactly tied with Jack Flaherty if you extrapolate that over a full season, ranking 10th in the majors in baseball. Strikeouts are gold in fantasy baseball, especially points leagues, given the concern over Canning’s UCL troubles, owners have soured on him. You have a chance to buy low on a guy with immense strikeout upside, and the probable future ace of a team that looks to be competitive for the for see able future.

Now I generally tend to stay away from Colorado pitchers, but he’s the pitcher I’ll take my chances on. The stuff is filthy, he does a nice job limiting walks, and striking people out. His peripherals will always be better than the actual results due to him pitching half his games at Coors, regardless he should still be a positive for you. His GB% as hovered around 50% every year, couple that with a 24% strikeout rate, and you’re looking at a potential star, even with the worst home environment in all of baseball. Marquez will always be worth his starts outside of Coors, but I’ve got faith that he’ll be great at home for a few seasons too.

In most dynasty leagues, the Kopech owner is probably fed up of having him at this point. Between the injuries, and the consistency issues, and his choice to sit out the season, someone might sell for pennies on the dollar, and I’m buying. Let’s not forget, this was once one of the elite pitching prospects in the game. There is no question about the fastball, it will be a killer once he gets to the majors and holds down a job, but he has 3 off-speed pitches that are solid. The slider can be a wipeout pitch, the curveball will also be a killer vs right handers, and the change up needs some work, but it should be an effective pitch to get lefties out after fully developed. His value is at an all time low, and there is some prospect fatigue following him right now, get him for next season as he inevitably will be in the rotation next year.