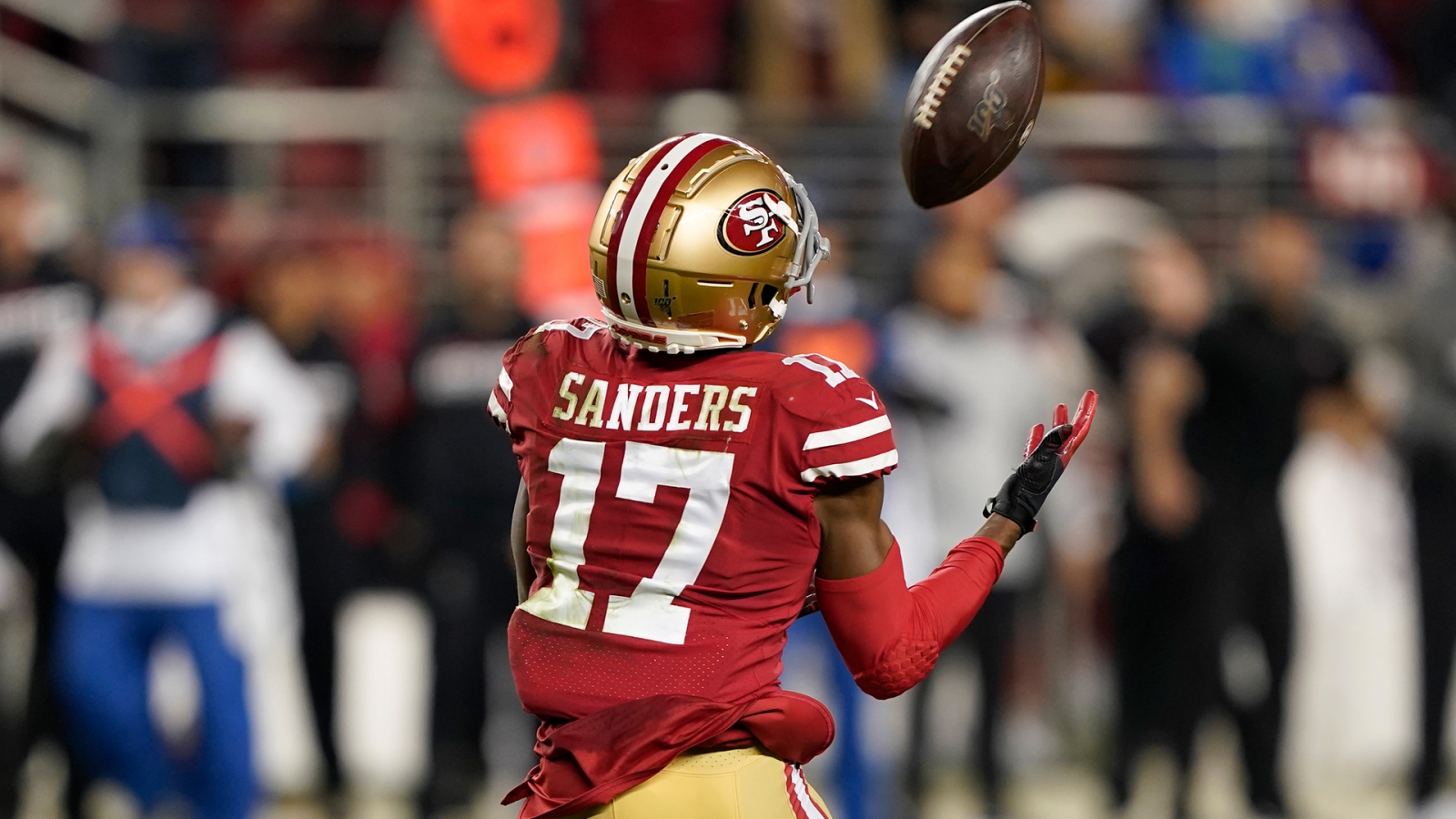 One thing I unquestionably cannot stand is when people want to shoot down a player for fantasy purposes because he is not the top-dog on whatever team he plays for. You’re telling me you don’t draft a bench? Of course, you are going to need your roster rounded out with players who can fill in during bye weeks or when someone on your team goes down with injury woes. An athlete who looks to be a fabulous steal in drafts is wide receiver Emmanuel Sanders.

(And yes, I will admit that I sang "Manny, are you OK?  Are you OK, Manny?" too many times while writing this piece).

Sanders turned 33-years-old on Saint Patrick’s Day of this year. He is getting up there in age, but no one expects him to be the number one receiver at this point in his career.

He plays that secondary role, allowing younger and more agile receivers to remain in that main role. Sanders has lost a few steps over the years, but the veteran going into his 11th season in the league is still an attractive fantasy asset.

Let’s flashback to the years 2014-2016. In that time frame, Sanders possessed three 1,000 plus yard seasons while on the Denver Broncos' roster. No, he is not the same player he was when with the Broncos, but we are not expecting that from him anymore.

He will nevertheless be of assistance to your fantasy team, but he will not be that fantasy stud he once was. And that is perfectly fine. We know we are drafting him to be a certain type of role player, so we should observe no surprises.

While performing last season, he supported fantasy teams by grabbing 66 passes alongside five touchdowns. He also went for 869 yards. Those are great wide receiver two numbers, and Sanders will not be stopped this year on his new team.

When the 2019 season commenced, Sanders had Joe Flacco of the Denver Broncos hurling him the rock. Sanders had an Achillies injury a year before last, but he still succeeded in playing all games in 2019. Every part of his situation was not the most ideal spot for a wide receiver, but he made what he could of it. He snagged 30 passes in those first seven games, going for 367 yards.

Sanders competed in ten games with the San Francisco 49ers last year, and in those games went for 502 yards and three touchdowns. He also managed to haul in 36 passes with the organization. When he joined the 49ers, he had to learn a new offense, yet was productive in both real and fantasy football terms. Sanders also helped San Francisco make it to the Super Bowl.

He inked a two-year deal with the New Orleans Saints for $16 million that can be worth up to $19 million. This indicates New Orleans trusts him enough to fill an essential role. Ted Ginn Jr. was sent packing in free agency and Tre’Quan Smith had some flashes of good, but he never got it going. Sanders has been the number two with prominent numbers in the past, and he looks to continue this with the Saints.

Drew Brees has made Brandin Cooks and Willie Snead look like highly valuable fantasy assets in the past. In the 2016 season, Cooks and Sneed had 100+ targets to go along with the 100+ targets Michael Thomas received.

Thomas is the number one in New Orleans, but Sanders will see his fair share of targets. The offense itself has been high powered, consisting of players like Alvin Kamara and Jared Cook. A dominant offense with loads of quarterback tosses is just what Sanders needs to succeed.

Saints quarterback Drew Brees accomplished 249 passing yards per game, playing a total of ten complete games last season. Brees was injured for a generous portion of the season last year, so coming back healthy will be advantageous to all offensive athletes this season.

Sanders will not be your number one wide receiver, but you should not go into your draft thinking that is what he is. He is a safe option for the bench and can be a nice addition to your starting lineup when you require a flex player or injury replacement. Remember, bye weeks can be brutal, and having solid players on your bench can only benefit your fantasy team.