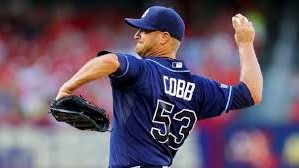 Another week is almost in the books in fantasy baseball, and it always seems that we are in these close matchups, just trying to squeak out another W. The best way to do that is to stream pitchers over the weekend to get those last few points, or that one more win, few more strikeouts to put you over the top. Below are two options for each day that are owned in less than 50% of ESPN leagues so likely are out there for the taking. Good luck, and if you have any questions you can find me on Twitter @fightingchance.

German Marquez, Colorado Rockies vs. Clayton Richard (SD). Marquez has been one of the more impressive young pitchers of late, and has allowed just four earned runs in his last four starts. On top of that, the Colorado offense has been impressive, and should give him good run support. Clayton Richard did pitch a complete game two starts ago, but his 4.50+ ERA suggests not to expect him to pitch another one any time soon. In fact, if you have followed his career, he just ain’t very good. The Padres have scored the third fewest runs in all of baseball, and this looks like a no doubter for Marquez to succeed. Blach has been impressive since coming to the Majors, and his matchup with the Phillies seems tailor made for success

Ty Blach, San Francisco Giants vs. Jerad Eickhoff (PHI). I used Eickhoff last week, and felt like I’d be playing with fire if I chose him again. Blach has been very solid since Madison Bumgarner decided to join the cast of Jackass on a four wheeler. He has gone at least seven innings in four straight starts and hasn’t allowed more than three runs in that span. He isn’t a big time strikeout pitcher, but the Phillies offense sucks something awful these days, so I can easily see Blach having a very strong start.

Alex Cobb, Tampa Bay Rays vs. Sam Gaviglio (SEA). Going back to the well here with Cobb, at least until his ownership goes over 50% in ESPN leagues. And I think he will reach that number after this start. Gaviglio has allowed ten runs in his last two starts, so look for Tampa to put up some runs in support of Cobb. Cobb has struck out five or more in four straight starts, and Seattle’s offense doesn’t scare me. I would be surprised if Cobb allowed more than two runs.

Robert Gsellman, New York Mets vs. Tyler Glasnow (PIT). I was really torn here between using Gsellman or Ross, and I like Ross better, but I think Gsellman is the better choice for Saturday. Gsellman is coming off of a very good start his last time out, the Pirates are a last place team, and Glasnow is giving up the booty every time he takes the mound. This could be Gsellman’s last start before Steven Matz returns from the DL, so he will be sure to make the most of it. Trevor Bauer has been shaky in his career, but he's on fire lately and looks good for Sunday against the Royals

Trevor Bauer, Cleveland Indians vs. Eric Skoglund (KC). Bauer certainly hasn’t been great this year, but if nothing else, at least he will get your strikeouts. However, he has been fairly good lately. In his last four starts he has allowed 11 runs, while striking out 36 guys in  24 innings. The Royals are a pretty sucktastic team this year, and Skoglund may have been impressive in his first start in the Majors, but he was toting a 4.53 ERA at Triple-A, so I am expecting him to get trucked by the Indians offense. I’m not Bauer’s biggest fan, but this one looks promising.

Ariel Miranda, Seattle Mariners vs. Erasmo Ramirez (TB).  The second half of the month of May was very good to Miranda as he had two wins in four starts, while only allowing six earned runs. His strikeout rate has been all over the place this season, with as few as one whiff in a start twice, and five of the last nine having five or more. Trying to guess where he might land on Sunday with strikeouts is nearly impossible. Tampa Bay’s offense has been better than expected this year, but Miranda has held the Rockies at Coors, the Nats, and Blue Jays in check recently, so I’m looking for a solid start.