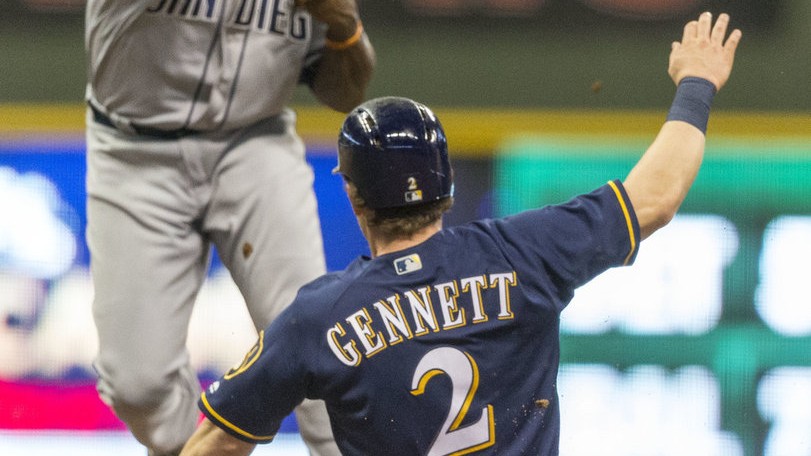 This is the time of the year when you can really help your fantasy squad. If it's a casual league, people may be starting to lose an interest as the summer is filled with the sweet smell of barbecues and cooked meat. Take advantage of their appetites, and stupidity, and let us help you identify some players who may be off the radar of your leaguemates. In this week's stock report, we want to show you a few players who can help your squad, as well as a few you may want to consider sitting on your bench until they turn their struggling performance around. Enjoy! 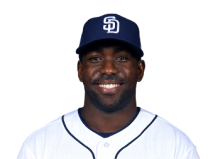 Jose Pirela is a name you may not know...but you should

Jose Pirela (2B, San Diego Padres): Prior to Wednesday night’s game, Jose Pirela was riding an eight game, hit streak for the Padres. While he didn't score a hit, he still got on base with a walk and scored a run. Pirela has been the Padres new lead-off hitter, and since his injection into a struggling San Diego line-up, he's been nothing but money. He is hitting a whopping .441 (albeit a small sample size of 34 at bats), with nine runs, 15 hits, and two homers over that span. He has been a DFS gem, but his constantly rising price will soon cause him to no longer be such a bargain. Batting out of the lead-off spot, Pirela is about as hot as it gets for mid-June, and he's hit safely in seven of his nine games. The question becomes, will it continue, even if it's to somewhat of a lesser extent? Maybe, it will. MLB and Steamer rest of season projections, have Pirela hitting around .265, but with way fewer at bats. Once Ryan Schimpf regains his confidence in Triple-A El Paso, Pirela may see less chances at the plate, but until he cools off, get Jose in your daily line-ups for sure, and possibly a bench spot in seasonal leagues.

Chris Taylor (2B/OF, Los Angeles Dodgers): With Adrian Gonzalez back on the 10-day disabled list, slugging rookie phenom, Cody Bellinger will move to first base and Chris Taylor will get slotted into the left field spot. Taylor is currently batting .303 for the Dodgers, with eight homers and seven swipes, and has filled in admirably for struggling Chase Utley and injured, Gonzalez. Striking out twice as much as he walks, may be the only chink is his young armor. Batting .371 against lefties and a solid .285 versus righties, Taylor’s bat does not hinder the Dodgers line-up, and he's really brought his top game when batting out of the lead-off spot, as he's hitting .395 over those 28 at bats. As long as Taylor is in the lineup, his daily price will make him an interesting, and cheaper, option so we can load up on more expensive outfield, and corner infield positions. 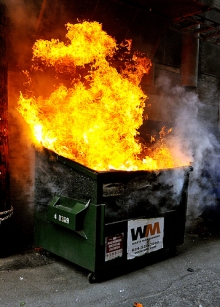 Joe Ross' production in June, described in a single image.

Joe Ross (SP, Washington Nationals): Will the real Joe Ross please stand-up and show yourself! When you decide to bench him, Ross goes out and whiffs 12 batters. If you decide to start him, he doesn’t make it out of the third inning. It's so damn frustrating! He has a 3-2 record and a walloping 6.38 ERA, so obviously, wins don't mean everything. With all the run support the Nationals bats can give him, he sure likes letting the opposition stay in the game, and he's some been an absolute dumpster fire in June. In shallow leagues, Ross is waiver wire fodder, and in the deeper leagues, let him warm your bench, because even San Diego lit him up, and we fantasy owners don't need our ratios jumping off the screen. One good point is that Ross can still get the almighty K, but regardless, until he can provide semi-regular good outings, let him sit on your bench or swim in the deep waiver pool with his arm floaties.

Marco Estrada (SP, Toronto Blue Jays): I could have used any of the starting pitchers on my NFBC Draft Champions team, but Marco Estrada has only sucked recently, while Jerad Eickoff has sucked all year. As each month passes, Estrada has been getting worse. His April ERA was 2.70, in May it jumped up to 3.49, and the nuclear, June ERA currently sits at 12.08. That’s ERA, not an alarm clock setting. He hasn't gotten past the fifth inning in any start, or the third inning in his two June starts and Estrada needs to be an anchor for the Blue Jays, as their bats are still just waking up and run support is not great. Just like Joe Ross, Estrada can bring the strikeouts, with 92 of them in 81.1 innings pitched. However, unlike Ross, you need to roll Marco out every five days because his history suggests better days are ahead.

Anytime you need fantasy counseling you can reach me @PolkaPat and read more of my thoughts at Mastersball.com