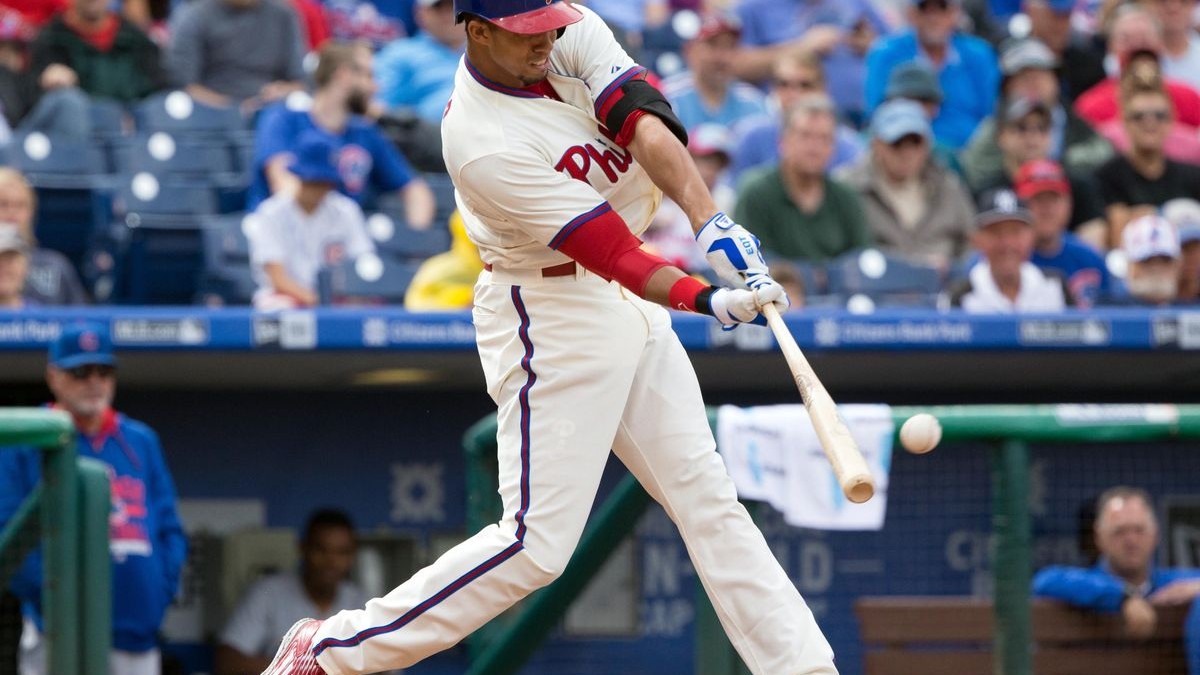 Luis Severino is paying serious dividends for owners who invested in him this season.

Luis Severino (SP, New York Yankees): Never topping eight in strikeouts per nine innings, Luis Severino is sitting them down at a much better rate this season at 10.21 K/9 while lowering his BB/9 down to 1.59.  Severino is 2-2 in six starts this young season, while keeping his ERA at 3.40, which is 80 points lower than his career mark. Yes, his career is just getting started, so it’s a small sample size, but it's trending in the right direction. One down note is that he has given up seven dingers, but he has also only walked seven with a 76.3% LOB rate.  After last year’s disastrous season, Severino is trying to make things right with four quality starts already this season, after totaling just two all last year.  With this new additional strikeout potential, he certainly is on my DFS radars every fifth day when he takes the bump, and he should be on yours too after whiffing nine Cubs yesterday through seven innings of one-run ball.

Aaron Altherr (OF, Philadelphia Phillies): Currently my favorite late round grab on my NFBC Draft Champions team, Aaron Altherr is having a huge impact early on this season.  With a totally unsustainable BABIP of .429, Altherr fell into this playing time with Michael Saunders and Howie Kendrick injuries. Only owned in 18% of Yahoo leagues, which will be changing fast as Aaron is game by game showing the Phillies brass that he is here to stay with his power/speed combo.  In his 54 game preview last season Altherr batted a paltry .202 and a .288 BABIP. In 23 games so far this year, his average is at .338 with four homers and three steals as well.  The former ninth round pick is maintaining his line drive rate from his short 54 game debut last year at around 26% while reducing his ground ball rate from 51.2% to 44.4% and increasing his fly ball percentages as well from 22.5% to 28.9% so far this season.  As long as Altherr is producing and hitting at the top of the Phillies line-up, he is now a must-start. Per Rotoworld’s Ryan Boyer, and his weekly Hot Hitter column, Altheer is earning his keep.

Carlos Gonzalez (OF, Colorado Rockies): With a 64.17 overall ADP in the NFBC, with a high of 35th overall to a low of 98th overall, it’s been a stinker beginning of the year for the Rockies' slugger.  Currently batting a putrid .192 batting average, Cargo, who has been relied on for many years as a top outfield option, is the weak link in the Rockies bombing squad.  With 25 homers, and an even 100 RBIs last season, he is a long way from those numbers that were a drop off from 2015 and his 40 homers and 97 RBI’s.  Age may be a factor in Cargo’s slow start. From 2015 to 2016, his homers dropped by 15, while his doubles jumped from 25 to 46.  Are last year’s doubles now turning into routine fly ball outs? He was even dropped in my puny eight team, Carry That Big Stick, work league. I’m debating on grabbing him there, but I’ll take my chances with Polanco, Trout, Bellinger, Tomas and Belt right now. CarGo’s BABIP is as bad as his batting average at .225, while batting clean-up most of this early season, the Rockies may believe in him battling through this slump. However, I will sit him until the numbers get better and he consistently shows improvement.

Francisco Rodriguez (RP, Detroit Tigers): It appears blowing saves is a category in Francisco Rodriguez’s fantasy leagues, because he is doing a bang up job so far for the Tigers. After blowing saves in back to back games this weekend against the Oakland Athletics, Fran-Rod should receive a few days’ rest, and the heir apparent, Justin Wilson, might get the first crack for this fragile, Tigers bullpen. Wilson for his part, has been lights out as the eighth inning man for Detroit, and for us Holds league players, he has been magnificent.  Rodriguez’s record of 1-4 and seven saves with an ERA OF 8.49 and WHIP over two, is grounds for firing in my book, yet Manager Brad Ausmus keeps running this gas can out there with lit matches in his hands. In 19 innings pitched, F-Rod has surrendered 19 hits, 12 runs, five walks and twelve strikeouts. Keep him on your bench until further notice, and he may be droppable if a better save option presents itself on your waiver wires.

You can contact me at all hour’s @PolkaPat to talk fantasy, I don’t sleep much, and be sure to read more of my rantings at Mastersball.com