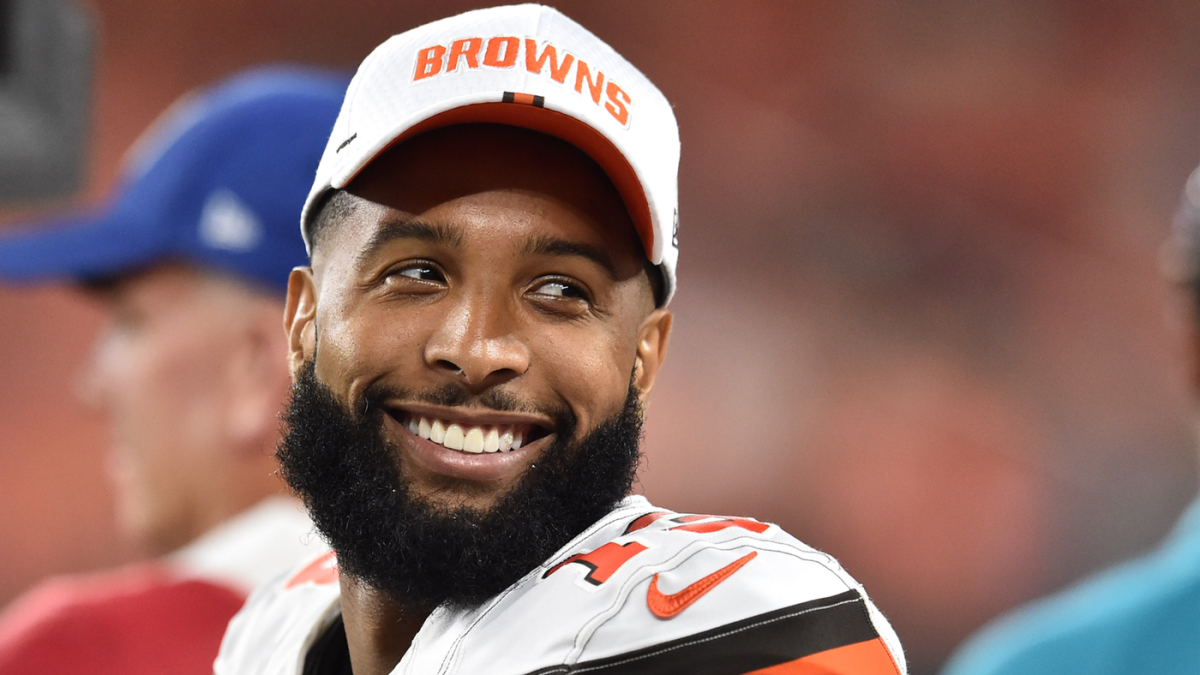 Welcome to Week 6 of the Fighting Chance Roundtable, let’s get to our panel and this week’s burning questions. Follow Brian Drake (@drakefantasy), Gary Haddow (@garyhaddow1), Steve Rapin (@fantasygeek37) and Kevin Tompkins (@ktompkinsii) for this week’s installment of the roundtable.

Steve Says - Terry McLaurin. McLaurin got off to a hot start in his first three NFL games, but then missed Week 4 due to a hamstring injury and was shut down by the mighty Patriots defense in Week 5. Don’t lose faith in McLaurin however, because this week the Redskins face the Miami Dolphins who are giving up a league-worst 10.3 yards per reception and should be a good place for "Scary Terry" to get back on track.

Drake Says - Byron Pringle. At the time of writing this, Tyreek Hill's status isn't known. Sammy Watkins hasn't played all week. Enter Byron Pringle who put up 6-103-1 and played the second most snaps of all KC wide outs last week. I see him taking Watkins spot and getting 5+ targets this week in cake matchup.

Gary Says - Preston Williams. The Dolphins are coming off a bye week and that should allow them to get even more on the same page with Josh Rosen. The toilet bowl that is Dolphins vs Redskins WILL be scoring points, and I would bet on Preston Williams to have a good game against the terrible shell of Josh Norman.

Kevin Says - Gardner Minshew. Amazing to think of the meteoric rise of Gardner Minshew, mustache aside. He's been a true model of consistency with two touchdown in four of five contests and gets a Saints squad on the road that is as Jekyll and Hyde as it gets with not only home/road splits, but indoor/outdoor. Two touchdowns, a solid rushing total, and flirting with 300 yards, that's what you can expect out of Minshew today.

Steve Says - Kenny Golladay. The Lions face off against a much-improved Packers defense this Monday night in a key NFC North matchup. These games tend to be low scoring and if Golladay sees a lot of Jaire Alexander, it could be rough sledding for Golladay to make value this week.

Drake Says - Alshon Jeffery. The Eagles pass game is so compressed with Desean Jackson out and this week Xavier Rhodes will shadow Jeffery. Last year when these two teams played, Jeffery put up 2-39 when Rhodes covered him. To me, you see more of the same this year and it will be a two tight end game for Philly.

Gary Says - Malcolm Brown. Brown gets a spot start this week for the injured Todd Gurley is not a running back I want to be relying on. The 49ers defense is great this year, and given their front seven versus the Rams offensive line, I am expecting a lot of quick shots to Kupp, Woods, and Everett.

Kevin Says - Philip Rivers. We've seen a transformation in Pittsburgh's defense with the acquisition of Minka Fitzpatrick, where they haven't allowed 15+ fantasy points to Jimmy Garoppolo, Andy Dalton or Lamar Jackson. That continues this week as Rivers will find it hard in primetime to get anything going, especially with the front seven playing out of their minds (14 sacks since the Fitzpatrick trade). The statuesque Rivers doesn't have enough giddyup to get out of dodge this week.

Which horribly disappointing wide out do you like best in Week 6...Odell Beckham or Mike Evans? What about the rest of the season?

Steve Says - Mike Evans. I like Mike Evans best of the two both in Week 6, and for the rest of the season. Odell should see plenty of Shaq Griffin which is a tough matchup, and the offensive chemistry seems to be lacking in Cleveland. The emergence of Chris Godwin has dampered the production of Evans a bit, but over the long haul, I think it will benefit Evans as he sees better defensive matchups.

Drake Says - Odell Beckham Jr. I'll take Beckham Jr. for the rest of the season. He's too talented not to come through. Baker looks his way often enough and he has to regress back to the mean. There are better days ahead for OBJ and Evans has to deal with Chris Godwin who is now the number one option.

Gary Says - Mike Evans. There has been a lot of talk about getting Evans fed the ball, so maybe this is a squeaky wheel situation. However, Evans hasn’t gotten more than 65 yards or a touchdown in his last 5 games against the Panthers. With that being said, I am still going Evans. I just can’t trust OBJ and Baker until they prove otherwise. And until proven otherwise I am going Evans rest of season.

Kevin Says - Mike Evans. Both receivers will be just fine in the long run, but in such a heavy passing offense, you have to figure Evans will get his and regress back to the mean. He's too good not to get his. Look for him to get back on track in London against the Panthers and through the rest of the season.

Which wide receiver with a backup quarterback can you trust most this week...JuJu Smith Schuster, DJ Moore or Terry McLaurin?

Gary Says - Juju Smith Schuster. I rank these receivers as Juju then McLaurin then DJM. I assume Juju will be hyper targeted, but I actually like all 3 of these players this week, and am happy to be starting DJM and McLaurin in one league.

Kevin Says - DJ Moore. I like DJ Moore this week. He was fantastic last time out versus Tampa and the Bucs have allowed the most fantasy points per game to wide receivers so far in 2019. Fire him up and enjoy.

Assuming both remain healthy, which 49ers back is the one to own going forward?

Steve Says - Tevin Coleman. This is an extremely hard one to answer, but I’m leaning Coleman. In his first game back from injury last week, he had 16 rushing attempts to 11 for Breida. I think Kyle Shanahan likes him a lot as evidenced in him bringing him to the Niners, so I give the slight edge to Coleman.

Drake Says - Matt Breida. I own both backs in various leagues and honestly, they scare me to death. Considering they split snaps between three players almost evenly this past week, it makes each guy incredibly to trust. Of the two, I lean Breida because of his explosive nature. He also plays through pain which Tevin Coleman can't say.

Gary Says - Matt Breida. I would prefer to start Breida due to his big play ability, but I have them as complete 1a and 1b, and wouldn’t know weekly who is the better play. I am starting both of them in the Scott Fish Bowl, and I am doing so very happily. This rushing attack looks amazing!

Kevin Says - Matt Breida. I've loved Matt Breida for awhile now and I'm still on that train. Out of all the running backs with a minimum of 30 carries, Breida has the highest YPC in the NFL at 6.5 yards per carry. Coleman/Breida are likely to be a pretty even split going forward barring injury, but I think Breida's track record gives him the nod for me.