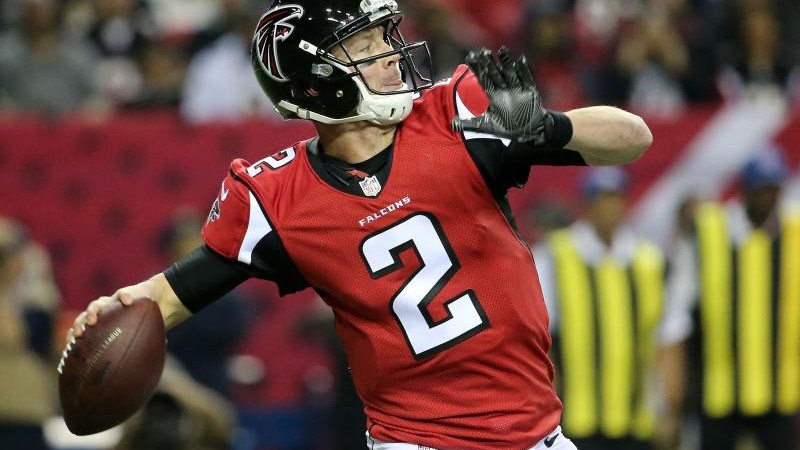 I don't think it's much of a surprise that David Johnson and Le'Veon Bell will go first off the board in most fantasy football drafts this season. As a matter of fact, it's pretty easy to find some really good players in the first handful of rounds. Even casual fantasy football fans are familiar with the players who get drafted in the first five or six rounds, but honestly, even my dog could probably draft some good players at the top half of the draft.

However, fantasy football championships can be won by making the right choices in the later rounds of your draft. These are the players that not everyone is familiar with and that's where we at Fighting Chance Fantasy come in. Ryan and I want to fill you in on some players you can find later in the draft, who have the possibility of greatly outperforming their ADP, as well as some players who you may want to avoid. We want you to be able to draft with confidence from the first round to the last round of your draft, so here is the first of our sleeper/bust series...quarterbacks!

Ben Roethlisberger has some pretty good weapons at his disposal.

I just don’t understand the lack of love for Ben Roethlisberger. He has had a hell of a career, and he has long been a solid fantasy performer. He has long been a top ten fantasy quarterback, and yet so far this year he is being drafted outside of the top 12 quarterbacks. However, he has the best fantasy receiver in the game in Antonio Brown, he has one of the best pass catching running backs in Le’Veon Bell, and he has a great returning receiver in Martavis Bryant. Eli Rogers also showed some promise last year and they drafted JuJu Schuster-Smith. If you like all of his weapons, how can you not like Ben Roethlisberger? Who is going to throw all of these guys the ball? Landry Jones??? NO! It is going to be Big Ben. He has missed a game here or a game there in the past couple of years but I don’t think you can just dismiss Ben this year because he has missed six games in the last four years. I love Ben Roethlisberger and I think he can be a top five fantasy quarterbacks and you can draft him outside of the top ten, in the later rounds of your fantasy drafts.

Three years ago Russell Wilson ran for 849 yards and six touchdowns which increased his value. Two years ago he threw for a career best 34 touchdowns despite the big downturn in rushing yards and his value held. Last season Russell Wilson had an injury filled season which he played through, but his porous offensive line clearly caused problems. The team did nothing to improve their offensive line this offseason, the running game is still so-so even after bringing in fat ass Eddie Lacy, and after Doug Baldwin, do they have any receiver that you have any faith in? Seattle is running on their reputation these past couple of years and a really bad division. Wilson is somehow being drafted among the top five fantasy quarterbacks this season and I have no idea why that is. He had just 21 passing touchdowns last year, ran for less than 300 yards, and there’s nothing to make me believe this year will be much better, if it will be better at all. Stay far away from Wilson this year and you’ll be glad you did. 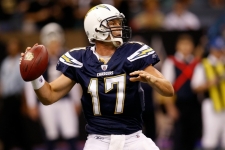 Philip Rivers loves Ken Whisenhunt and I love both of them if they produce for me in my fantasy leagues.

Two. No, that's not the number of terms that Donald Trump will serve as President of the United States. That's the number of years that Philip Rivers has been the quarterback with Ken Whisenhut as his offensive coordinator. In those years (2013/2016), Rivers has finished as the QB3 and QB6 in fantasy scoring. Not too shabby. Keenan Allen is returning from injury, Tyrell Williams and Hunter Henry are emerging as legitimate options in the offense, and the Chargers invested a first round pick in wide receiver, Mike Williams. I love where this offense is going! Rivers hasn't missed a game since 2005, and has reached 4,000 yards passing in eight of the previous nine seasons. He's currently being drafted as the QB13 on Fantasy Football Calculator and with the array of weapons at his disposal in a Ken Whisenhut offense, I expect Rivers to be a fantasy stud in 2017.

Matt Ryan had a fantastic season in 2016. He set career highs in passing yards (4,944), passing touchdowns (38), as well as a career low in interceptions (7), en route to finishing as the third highest quarterback in fantasy scoring. Don't be tempted to chase last year's success however, as there are a couple of things that make me foresee regression in his future. First and foremost is that 2016 offensive coordinator, Kyle Shanahan is no longer in Atlanta, and is replaced by former college coach, Steve Sarkisian. Other than one brief stint as the quarterback coach for the Raiders in 2004, we have not seen what Sark can do in the NFL. With practically no NFL experience, that makes me think there may be a few growing pains in year one for this offense.

Matt Ryan was also extraordinarily efficient last season and I'm not sure he can reproduce that. As stated earlier, he threw for a career high 4,944 yards, but accomplished that feat in only 534 pass attempts, which was his lowest since 2009. Going into last season, Ryan's career passing completion percentage was 64.0%, so his 69.9% was almost six percent higher than his average and was a three and a half point jump form 2015. His touchdown production was also very high as he threw for 38 scores in 2016, but had only topped thirty scores only one other time, 32 in 2012, over his nine year career. There are just too many red flags this season for me to feel comfortable drafting him as a top five fantasy quarterback, which is where he is currently being drafted on most sites.