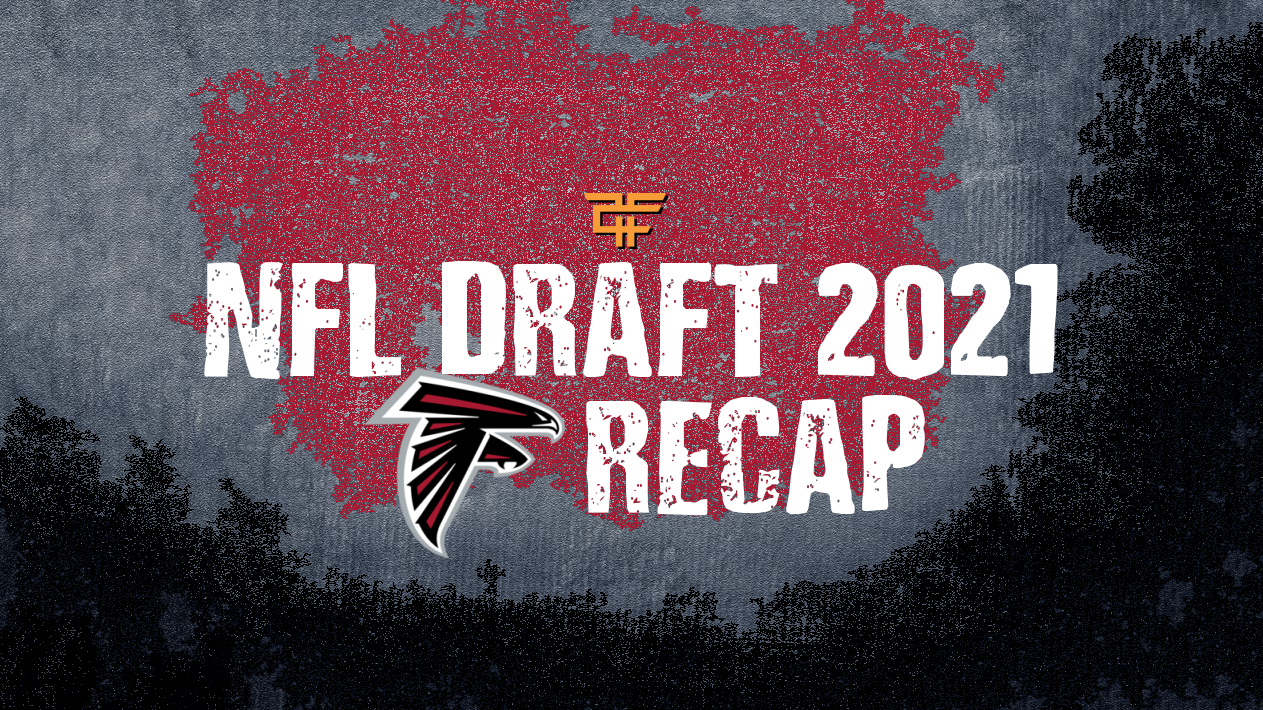 Today, we tackle the Atlanta Falcons, so let's see what they did in this year's NFL Draft!

Who the Falcons selected:

Kyle Pitts is one of the most intriguing talents in this year's draft, to the point that the Atlanta Falcons selected him with the No. 4 overall pick in the first round of Thursday's NFL draft.

But will all that talent immediately translate to fantasy football success?

The recent history of drafting a first-round tight end could give fantasy managers some pause.  These are the tight ends selected in the first round of the most recent ten draft classes: Tyler Eifert, Eric Ebron, O.J. Howard, Evan Engram, David Njoku, Hayden Hurst, T.J. Hockenson, and Noah Fant -- not the greatest list out there.

Having said that, Pitts has a skill set that is entirely different from literally every player on that list and also one that translates to immediate success in today's NFL.

Not only does Pitts possess an elite set of skills, but he also ended up in a great situation. New head coach Arthur Smith makes liberal use of two-tight end sets, so Pitts should earn plenty of playing time right away, and in that offense, he should have some peak performances even as a rookie.  Now factor in the attention that Julio Jones and Calvin Ridley receive, and you have a tight end ready to buck the trend that rookie tight ends can't produce in the league.

Analysts have drooled over Pitts throughout this entire process. The NFL Network's Daniel Jeremiah ranked the 20-year-old as the No. 2 overall player in this draft class in late March, behind only Clemson quarterback Trevor Lawrence, calling him "a long, lean tight end prospect with excellent speed, ball skills, and production."

Pro Football Focus graded Pitts with the highest single-season grade ever given to a college pass catcher in 2020 (96.2).  They graded him as a pass-catcher because that is how Florida's Head Coach Dan Mulled used him, and I believe that is how Arthur Smith will use him as well.

It seems highly likely that the Falcons will line Pitts up all over the place and utilize him as much as a receiver as they do an in-line tight end. He looks like the player who will put up big numbers in the red zone as well.

Yes, drafting him in the TE1 range is risky. Adjusting to the NFL isn't easy, especially for pass-catchers.  History suggests he won't be able to adjust right away; Evan Engram and Rob Gronkowski are the only rookie tight ends to finish as top-12 PPR performers since 2010.

I believe that Pitts will be the exception.  The Falcons will find a way to get Pitts involved immediately. He should be a major threat in the red zone. The safe bet is to consider him a high-end TE2, but there's no doubt he has the potential to be a TE1. If he falls in your draft, scoop him up. But don't be surprised if he's over-drafted, as it will be hard to pass on a player with that size, speed, and skill-set in Arthur Smith's offense.

Frank Darby is a very good deep ball tracker who can bring that long ball effect to any offense.  Darby is an adequate athlete and a bit of a one-trick pony, as he lacks polish and consistency with his short and intermediate route running and will need to keep improving to contribute as an every-down player.  The Falcons are set on WR's; they have Julio Jones, Calvin Ridley, and Russell Gage as their top 3 route-runners.  The one area the Falcons do lack is the deep ball.  Darby can bring that element to this offense, but I would not expect him to get much playing time this season.  Darby is not draft-able at this point; there are too many other weapons on this Falcons team.

Many believed the Falcons could take a QB with the 4th overall pick.  The fact that they didn't tells us that this new regime is all in on Matt Ryan for the next couple of years.  This could be a great thing for Falcon fans and fantasy managers.

Arthur Smith’s appointment as head coach should bring with it an offense tailored to Ryan’s skillset. Creative play calling should also limit some of the offensive line’s vulnerabilities, an Achilles heel of the team. In the two seasons under Koetter, Ryan was sacked 89 times in just 31 games.

Only Russell Wilson and Deshaun Watson were sacked more.

One of Ryan’s biggest strengths is his ability to make plays on the move.  He has consistently excelled outside the pocket and throwing on the move to his left or right.

Under Smith, the Titans used play action at a higher rate than any other team in the league in 2020.  So when you add a more protected Matt Ryan, a healthy Julio Jones, an older Calvin Ridley, and now a 20-year-old tight end with a skill set that many have never seen before...well, you get a pretty intriguing Atlanta Falcons football team.