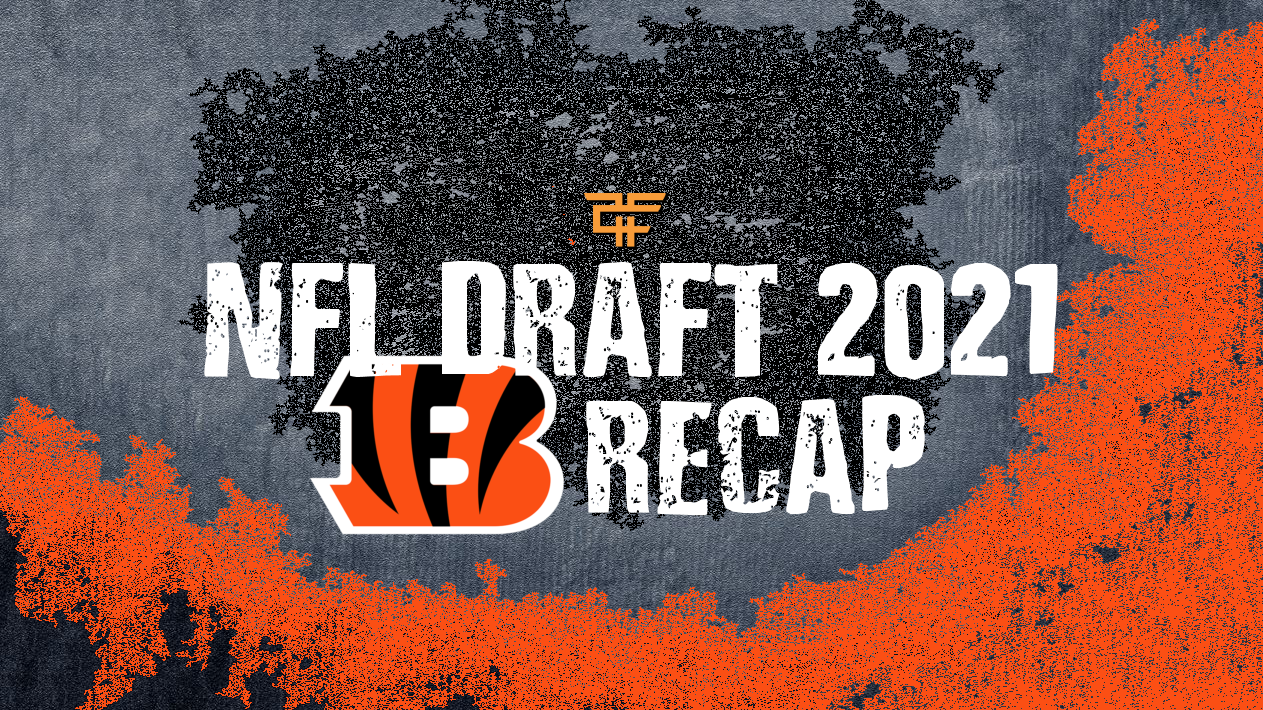 Today, we tackle the Cincinnati Bengals, so let's see what they did in this year's NFL Draft!

Who the Bengals selected:

Ja'Marr Chase is the clear breadwinner of this Bengals class. He only makes the offensive core even more dangerous with his former LSU teammate Joe Burrow at quarterback, Tee Higgins Tyler Boyd as the other receivers, and Joe Mixon at running back. Chase's selection will be heavily scrutinized as Chase and Detroit Lions tackle Penei Sewell will be linked together for most of their careers. Many thought the Bengals should have fortified their offensive line with a can't miss prospect in Sewell, but the Bengals went the other route with the dynamic wide receiver in Chase. They still addressed the offensive line with three out of their ten picks in this class, so help is definitely on the way.

Considering the Bengals aren't likely to be very good, and dusty A.J. Green (now in Arizona) leaves behind over 100 targets, it's perfectly feasible to lock Chase in for over 100 targets himself. This offensive will be hard to stop when all parties are healthy, and on the same page, so while that may take time, you can still grab Chase in the middle of the first round of dynasty rookie drafts. He'll be a player for a long time in the NFL.

The Bengals had a clear need for a kicker once Randy Bullock left for Detroit, so they selected Evan McPherson, the starter for 2021 and hopefully beyond.

Chris Evans may be in line for some work now that former Bengal Giovani Bernard is off to Tampa Bay. It remains to see how much the Bengals' brass believes in Samaje Perine and Trayveon Williams behind Mixon, so it'll take some time to get some clarity here, and another running back may end up on the Bengals before Week 1. That said, Evans is worth a taxi squad slot in dynasty rosters.

For redraft purposes, you'll see Ja'Marr Chase gets some hype as the hope is that the Bengals' rising tide does lift all boats in this offense. He's gone in the 5th round in best ball drafts I've done, so the value is suitable if you're projecting a high-volume, high-scoring offense with a healthy Burrow. If he becomes the WR1 in Cincinnati this season, that could be a bargain.

McPherson lines up as a perfect kicker for me in fantasy. Their offense may stall more than we'd like, but they'll get plenty of chances to move the ball. You won't need to draft him, but for a bye week, he might be a guy to pick up and not have to pick up the guy you originally drafted.

Evans can be ignored in redraft fantasy. There are too many roadblocks to any value for him.