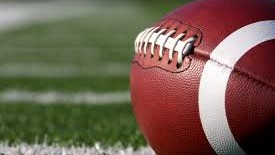 Welcome to The First Ladies of Fantasy Football, a panel of female fantasy football analysts that want to share their stories with you. The Fantasy Sports Trade Association estimates that 29% of those who play fantasy sports are female.  That number continues to grow annually. These ladies want to give you a glimpse into what it is like to be a part of this amazing community.

There will be a few installments of this panel, and for the first part, I bring you three fantastic women who are here to answer some of your questions about being involved in fantasy football as well as a few fun questions.  These questions were asked a few weeks ago, so answers regarding certain players could be out of date.

Installment one’s guests, give us a little insight into who you are:Brandon Marianne Lee (but just Brandon when you mention me without my last name), @BrandonHerFFB, videos for FantasyAlarm, articles for Sportsline and The Athletic.Howdy, I’m Jennifer Eakins, or @themondaymommy on Twitter. I currently write for 4for4 Football and Sports Illustrated, covering streaming for both sites and a weekly buy, sell, hold piece for SI. I live in Denver, CO with my husband, our 9-year-old son, and our cat, Twizzler. My name is CJ Lawrence, and you can find me on Twitter @FantasyWifeCJ. I operate a YouTube channel, which can be found under my name (CJ Lawrence), and do a segment called The Fantasy Wife.

Brandon: I was in an online theatre forum (young people don't know what that is anymore, ha!) and someone asked if people wanted to join a fantasy football league. I didn't know what that was, but I loved football and the word fantasy sounded like Dungeons and Dragons, so I was down. I googled it, thought it sounded awesome, so I joined another league and then started our family league. I've been in at least three leagues every year I've played. Jennifer: This is my 22nd year playing fantasy football, which is pretty nuts! In 1996 (yes, I’m old) a college friend of mine asked me to share a team with him and I figured, why not? I was a huge NFL fan so decided to take the plunge. That was back in the days when we had to call lineups in by phone and have no idea how our teams were doing until we checked the stats in the newspaper on Monday mornings. After one season of co-ownership, I was hooked and have been flying solo ever since. CJ: Like a lot of women, I got into the game because of my husband. I started playing about 12 years ago, and it's become something fun we enjoy doing together. I also play in an all-female league, and I've noticed there's a gap in knowledge. Not because these women aren't smart, capable humans, but because they have no desire or time to listen to a male-dominated podcast about percentages and air yards.

How did you become a fantasy writer/analyst/podcaster?  What made you decide to do this?

Brandon: My sisters and I thought it would be fun to do a podcast about fantasy football since we were all obsessed. Ends up Her Fantasy Football was the first all-female fantasy podcast ever, so people started reaching out and asked us to do interviews or work on things with them. We kept saying yes. And I personally said yes to A LOT. Ha! We're not doing Her Fantasy Football this year, but it was an amazing five-year ride.Jennifer: Sports has always been my career choice and I’ve done stints with CNN Sports, the Atlanta Hawks, the Colorado Rockies, the Atlanta Olympic Games and more. I got burnt out after a decade of the grind and took time off to get married and have a family. When I was ready to return, the landscape had changed drastically, but I knew I wanted to write. (I have a journalism degree but hadn’t really used it) I toed the line between real and fake football for a few years, writing NFL content for Bleacher Report and XN Sports, along with writing and doing radio with a local Denver sports blog, when I finally realized that my passion truly fell in the fantasy realm. I was really fortunate that Josh at 4for4 Football gave me a chance and I ran with it. CJ: The bridge in-between fantasy analysis and beginner information is narrow and dilapidated, and I started my platform to do my part to mend it.


What kind of advice would you give someone who is interested in becoming involved in the fantasy community (whether it be writing, podcasting, etc)?

Brandon: Start your own thing and then keep saying yes to other people until you know you need boundaries. And trust me, you'll know when you've taken on too much. In the meantime, learn as much as you can by doing. You'll make mistakes but don't wait because you don't think you know enough. You will learn. Jennifer: I’d say be willing to write and podcast for free in the beginning, but also know when to say no. Many upcoming writers aren’t willing to hustle and put in the work, and you have to in order to make it in this business. There are thousands of fantasy football aficionados willing to step in right behind you, so you have to want it. Be humble and admit when you had a bad take, and also have fun because, at the end of the day, it’s just fantasy football. CJ: If you're just starting out in Fantasy Sports, stick to the basics to learn! Lots of mainstream sports websites have good cheat sheets and tips. Don't get caught up in all the percentages and small details.

Brandon: I was awesome at targeting later round wide receivers. Cooper Kupp, Emmanuel Sanders, John Brown, Will Fuller, Kenny Stills, Quincy Enunwa. I feel really good about that position as a whole.

Running backs... not so much. The top guys are the top guys, but my favorite going into the season, David Johnson, has not produced monster numbers. It's a coaching and a team thing, but still, disappointing. And I have way too much Kenyan Drake and Alex Collins in my life. It was all about where I drafted and the availability in the fourth round, but wow. Horrible calls. Jennifer: I specialize in tight ends for 4for4 and I pounded the table for Eric Ebron this summer when no one else would even give him a look. He’s in a great situation schedule-wise in Indy, especially now that Jack Doyle is dealing with injury issues. He’s currently TE8 in PPR points, averaging 11.7 per game, and with his big-play ability could remain in the top 10 all season-long. The tight end position is gross this season and I think Ebron should be a roster staple moving forward. Another guy I loved this offseason was Charles Clay. Womp womp. I didn’t expect the Buffalo offense to be this much of a mess, and really thought he’d be the rock to whichever QB won out. He may gain traction as Josh Allen gets more comfortable under center, but it looks like I whiffed on Clay. CJ: So far, this season has been an interesting one! I have to admit, that even as a loyal Seahawks fan, I can feel the tractor beam of the undefeated LA Rams bandwagon pulling me in. I love their energy.  The rookie quarterback class has been so fun to watch, especially with Baker Mayfield getting the Browns their first win in a loooong time. Teams that have surprised me in a good way this year include the Bears and the Vikings. Such strong QBs and both teams are playing strong on both sides of the ball. So far I've been disappointed with the Seahawks. They're barely scraping by, and the Legion of Boom has officially collapsed.

Who do you think will be the fantasy MVP this season and why?

Brandon: Honestly, look at Matt Ryan's numbers (another guy I was high on coming into the season). Week 1 was a bust, but he's killing it for our late-round-QB community.Overall it has to be Alvin Kamara. When we talk about regression and efficiency, we need to also accept that his level of 2017 efficiency meant he was a great player who deserved more volume. And that's what happened this year. Fantastic.Jennifer: It’s so early to tell, but I’ll go with Patrick Mahomes based on his insane start relative to ADP. He’s averaging 30.8 fantasy points per contest right now with zero indication of coming down to earth. The Chiefs only face three teams the rest of the season that rank in the top 10 in fantasy points allowed to QBs, so it could be smooth sailing for Mahomes and his ridiculous arsenal of weapons. CJ: I had a good feeling about Patrick Mahomes this year and drafted him early, and boy has that paid off! I think he'll end up as Fantasy MVP.

What is one thing that you think more fantasy leagues should implement?

Brandon: A live draft. Auction drafts with a real auctioneer are the absolute best. Next season I think I'm going to drop almost all of my leagues. And I'm completely done with slow drafts. I do not enjoy them at all. There will be a couple exceptions (like the awesome Scott Fish Bowl), but it's simply not what I like about fantasy. At all. Jennifer: I’m a two QB or superflex fan. Leagues with just one signal caller are a bit boring, as roster construction doesn’t require too much strategy behind it. Singular QB leagues are fine for those just starting out and learning the fantasy ropes, but as you go farther along, superflex is the way to go.

CJ: If you're not already in a league, try to start one with a group of friends where you learn together, and instead of making it free, make it a small cash buy-in, or a bottle of wine, so that everyone is incentivized to learn!

What do you think the biggest misconception about women playing fantasy football is?

Brandon: From a selfish standpoint, I don't like that some men in the industry think that women have it easier because there are fewer of us. That is complete garbage. But from a playing standpoint, it's when we don't get asked to play. When working in an office setting, I never got asked to be in the office league (until this year, for obvious reasons - ha!). But let me tell you, I would hear about it, ask to play, and I was the champion in each one. It was about principle, so I put in extra effort to prove my point. Because it is rude to not invite everyone. Anyone can say no, but invite everyone in the office. Or family. Or any group that you think could have a league. Drives me crazy.Jennifer: People sometimes assume that women play to be able to hang out more with their boyfriends, husbands or significant other. I do think times have changed from decades ago though, and many men do realize that women are fully capable of grasping the game of football and everything it entails. Of course, there are still a-holes who think we have no business in this business, but I just ignore them.Hopefully, you found these women to be as interesting and inspiring as I did.  It was really fun getting to know these ladies, some whom I had never actually interacted with before.  There are tons more ladies who have given their answer to these same questions, so please keep an eye out for future roundtable articles to be featured here on Fighting Chance Fantasy.As always, you can follow me on Twitter @thekaceykasem