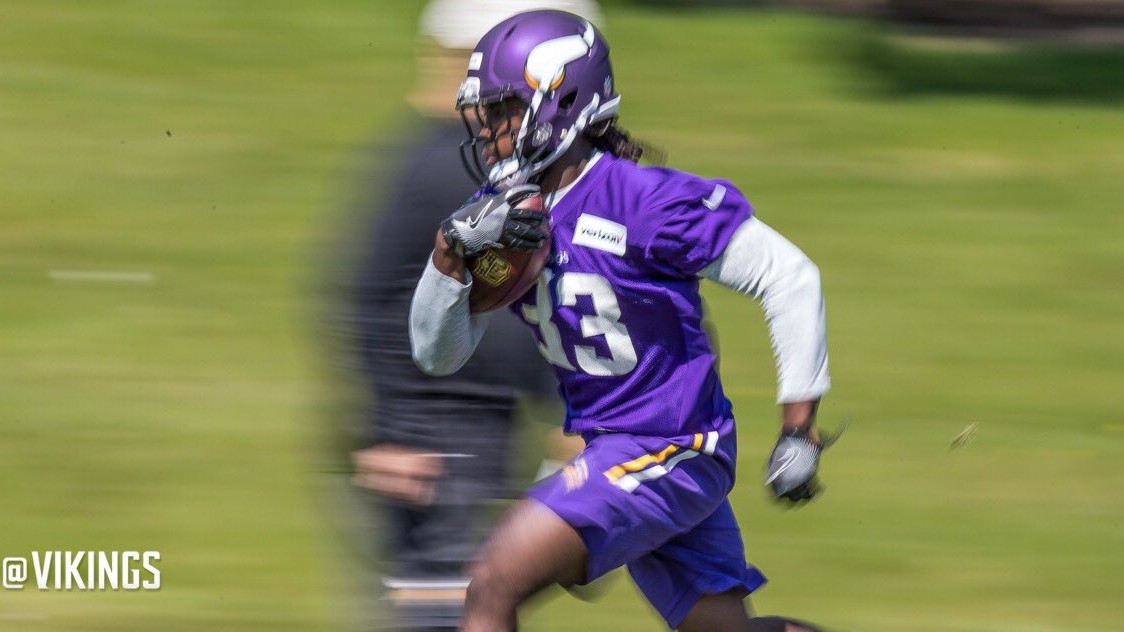 The old Norris Division. The black and blue of the NFC North, is known by many other names that Chris Berman has polluted our ears with over the years, before he became extraordinarily annoying, that is. There is the Green Bay Packers and their high-flying, offensive circus, and my inability to draft the guys who make an impact on that squad like Randall Cobb, are now dead to me. Chicago seems to be bringing a dumpster fire onto the field this season. The mighty, Minnesota Vikings parted ways with one of the greatest running backs in the history of the game for…Latavius Murray??? Finally, my Detroit Lions and their years of continued disappointment. The fact that the stadium is sold out every time the silver and Honolulu blue lace up the cleats, proves to me the Ford Family ownership is just in the NFL business to make money and not produce a winning team, ever!

Make sure to check out our other Four Burning Questions articles:

Who will be the Bears starting Quarterback in 2017?

Sun's out, guns out, huh Mitch?

Chicago’s number two overall draft pick, quarterback Mitchell Trubisky says that Mike Glennon is the starter, and he is behind him all the way. I’m not buying it. Go in and win the job Mitch, and let him back you up and mentor you as you take your rookie lumps. The good news for the Bears quarterbacks is that they face the fourth easiest strength of schedule. That doesn’t makes the tackles any less painful, but it could help the transition of the position to Trubisky be smoother by not facing the likes of the Steel Curtain every game.

The Bears are simply awful, and I see them selecting early in drafts regularly over the next few years. They are going to be playing from behind all season, so whoever holds the helm of starting quarterback should see plenty of volume. Jordan Howard might even add some receptions, since he will likely be facing eight man fronts quite regularly. Chicago did not draft Trubisky to sit and watch as this team grows. Trubisky may not start the season as the starter, but will certainly end the season as the Bears starting quarterback. Chicago provides very few positive ownership chances this season outside of Jordan Howard, even in the deepest of leagues.

Will Ameer Abdullah finally have a breakout season for the Lions?

Even more to the point for me is, will he even stay healthy for 16 games to try and have that breakout season? With the third worst running game in the NFL last season, which totaled 1310 total rushing yards, Detroit added Minnesota castoff, Matt Asiata to the mix to go along with Abdullah, pass-catcher extraordinaire, Theo Riddick, and Zach Zenner.

If Ameer Abdullah can stay healthy this season, he could be a nice fantasy asset.

Instead of answering my prayers and trading up to draft LSU running back, Leonard Fournette, or Florida State’s Dalvin Cook, the Lions added to their defense in the first round, which has plenty of holes to fill as well. I am glad that management is trying to address those needs, along with adding tons of offensive lineman to help keep quarterback, Matt Stafford upright more often this year. By trading for former, number two overall pick, Greg Robinson, signing former number one overall high school player of the year Cyrus Kouandijo, and adding Baltimore’s Rick Wagner and Green Bay’s T.J. Lang in free-agency, Detroit did a good job adding to it’s offensive line, and that bodes well for the putrid running game the Lions trotted out each and every week last season.

Can Abdullah finally have a breakout season? If he can stay healthy, he has the speed and ability to miss tackles with the best of them, but I’m not holding my breath on him playing 16 games. In 2015 he played 16 games, started nine of them to the tune of 4.2 yards per carry, and showed us plenty of flashes of what could be. The Lions running backs face the 26th Strength of Schedule this upcoming season, so the sledding will be uphill, but if he plays at least 13 games, I can confidently say he will surpass his previous season high. He will lose time to Riddick in third down situations, so keep that in mind as well. My advice would be to draft him for sure, but make sure to have other options in place if Abdullah gets dinged up once again this season.

Is Ty Montgomery an every down running back?

Ty Montgomery should be on the field a lot for Green Bay this season.

Green Bay finished 20th in the NFL in rushing last season, and that backfield was a mess between Eddie Lacy, James Starks and Ty Montgomery. The Pack averaged 106.3 rushing yards per game on 23.4 attempts over the season, and only rushed for eleven touchdowns. As of this writing, Monty is entrenched as the Packs leading back, and after finishing 40th in the league last season, expect a nice jump across the board for the Stanford standout. After starting six games last season, Ty averaged 5.9 yards per rush, and he tacked on 44 receptions as well, so yes, Ty Montgomery is an every down back for the Green Bay Packers. He also should be a starting running back for your fantasy teams as well, despite the Packers drafting two running backs in this past NFL Draft. Green Bay (unfortunately) is good every year, so their schedule shows that, as the Pack are 27th in strength of schedule this season, which means some tough sledding for a running back not known for going between the tackles. However, the volume should still be there for him to be a productive, fantasy running back, particularly in PPR leagues.

Who should you own in the Minnesota backfield in re-draft leagues, Latavius Murray or Dalvin Cook?

Dalvin Cook looks to beat out Latavius Murray for the lead back in Minnesota.

I’ve been told the easiest positional transition for college players adjusting to the pro level, is running back. Dalvin Cook is in a prime spot to hawk all kinds of fantasy glory in the Land of 10,000 Lakes. Both running backs have legendary cleats to fill in the form of Adrian Peterson, so the bar is set unrealistically high, but my money is on Dalvin Cook. Murray will vulture carries at the get go, and likely around the end zone, but Cook is the player to own. With all the early attention going to fellow draft mates Leonard Fournette, Christian McCaffery and Joe Mixon, Dalvin Cook is in a prime spot to pounce, as Clinton Portis did in his draft year as the less popular, rookie running back.

Be sure to reach out @PolkaPat to talk fantasy and read more of my thoughts at Mastersball.com