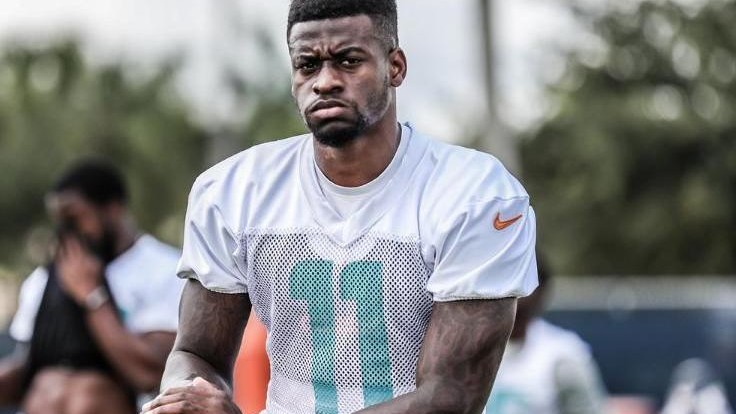 I wish I could say I know everything when it comes to fantasy football. Unfortunately, I can't make that claim and every time I think I have things figured out, a new question arises. What I would like to do is to answer some of those questions for you.

I am going to take the top questions we have on every team and try my best to answer them for you. Today I am going to start with the AFC East. Who will be the top receiver in Buffalo? Which running back should you draft in New England? Find out those answers and more right here!

Buffalo Bills - Who will be the Bills most fantasy relevant wide receiver?

To me, this competition is a two-horse race between Kelvin Benjamin and Corey Coleman. The Bills acquired Benjamin via trade with the Panthers last season and then turned around and traded for Coleman last week. Both are former first-round picks with the talent to assume the number one receiver duties. Which one will seize it? Let’s take a deeper look. 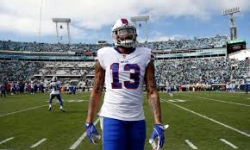 Kelvin Benjamin has a lot to prove this season.

Kelvin Benjamin has been in the news quite a bit this offseason. First, he had an off-season procedure on his meniscus to clean up an injury he suffered in his first game as part of the Bills. Benjamin is in the final year of his rookie deal, and in April General Manager Brandon Beane mentioned that contract discussions were on hold until they can see how he fits into the Bills’ new offense. Then there were reports that he reported to OTAs around 280 pounds. Those turned out to be a bit of an exaggeration reportedly, but both Benjamin and coaches mentioned his weight wasn’t where they wanted it to be, so it has been an issue. Most recently, Benjamin stated in an interview with the Athletic that during his time in Carolina, he would have been better with basically any quarterback in the league other than Cam Newton, who according to him wasn’t an accurate passer. That interview was released on August 4. The Bills traded for Coleman on August 5. Coincidence? You make the call…

Entering his third season, Corey Coleman needs to prove he belongs in the league. In his first two years, the number 15 overall pick in 2016 has missed a total of 13 games and only has a total of 56 NFL receptions. There could be a variety of things some could pin the blame on for his lack of performance. It could be injuries, lack of competent quarterback play, the ineptness of head coach Hue Jackson, or it could be that he just isn’t that good. This year is a big year for Corey Coleman to prove whether he’s worth the first-round pick the Browns used on him in 2016, or whether he’s worth the seventh-round pick that the Bills gave to Cleveland in return for him.

So if you ask me which one of these receivers will have the best season in 2018, I’m going to roll the dice on Corey Coleman. The warning signs are there that Benjamin isn’t going to be a big part of Buffalo’s plans in the future. That is evident in the fact that he is entering his final season without a new contract. Trading for Coleman a day after Benjamin’s comments about Cam Newton just reinforces that opinion. Finally, while he may not be 280 pounds, how many 250-pound wide receivers have excelled in the NFL?  Whereas many of Benjamin’s issues can be blamed on solely on himself, there are many reasons outside of Coleman’s control we could pin his struggles on. Benjamin’s weight and maturity issues have me leaning that the 185-pound Corey Coleman with something to prove will be the best wide receiver in Buffalo in 2018.

Miami Dolphins - Is 2018 the year that DeVante Parker breaks out?

One of the more polarizing figures of this offseason has been Dolphins wide receiver, DeVante Parker. With Jarvis Landry and his 164 targets from 2017 joining the Browns, many felt that the time was now for Parker to take that next step into elite wide receiver territory. However, word out of Training Camp is that he is currently being out-played by Albert Wilson and could even potentially be on the trading block. I don’t think a change of scenery would necessarily be a bad thing for Parker, but let’s take a look at what he did in 2017 and what we can expect in 2018.

Through the Dolphins first three games, Parker was off to a hot start. In those first three games, he averaged six receptions for 76 yards per game with a touchdown. The Dolphins/Tampa game in Week 1 was postponed, so if you compare his 47 fantasy points he scored through Week 4, to the what the other receivers scored through their first three games after Week 3, he would have been the WR9 in PPR formats. Unfortunately, he suffered a high ankle sprain and wasn’t quite the same after. In his next six games, he averaged only four receptions for 30 yards per game and the hype quickly deflated. The ankle injury obviously affected his performance and after he missed the final three games of the season, he finished as the WR50 in PPR leagues. Ouch!

Even after a disappointing 2017, I’m holding out optimism for Parker to bounce back this season. Yes, I know reports out of Training Camp are that he’s struggling a bit, but I’m not going to believe every little rumor I hear this time of year. Even if Albert Wilson is having a good camp, there may be room for both in the offense. According to Sharp Football Stats, under head coach Adam Gase, the Dolphins ran three wide receiver sets 74% of the time each of the last two years. That was the third most in the league in 2017 and not only that but they threw the ball 70% of the time out of that formation, so I think Parker will still see the field a lot. Even with the target-monster Jarvis Landry around last year and missing three games, Parker still saw a career-high 96 targets on the season. I think 120 targets isn’t unrealistic for him in 2018 and with a roughly 60% catch rate, he could easily see 75+ receptions for close to 1,000 yards. If he finishes this season with 75 receptions for 950 yards and five scores, that would give him 200 PPR points and that would have made him a top 20 fantasy wideout in 2017. He’s currently being drafted as the WR42 off the board in ninth round according to Fantasy Football Calculator, and he’s just the kind of high-upside pick I like to make at that point in drafts.

New England Patriots - Who should you draft, Sony Michel or Rex Burkhead?

If you would have asked this question two weeks ago, the easy answer would have been Sony Michel. However, Michel went through a procedure on his knee on August 4 and will now likely miss the rest of the preseason. Just a few weeks ago, Michel was being drafted with a late fourth-round pick whereas Burkhead was going late in the seventh round. Today, however, Burkhead is now being drafted in the fifth round and Michel has fallen all the way to the sixth round. To me, this screams of value for the likes of Sony Michel. 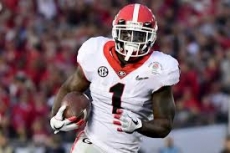 Sony Michel was a stud at the University of Georgia and I think his talents will play nicely in the Patriot's offense.

So often people overreact to preseason injuries. Yes, it stings a little worse because Michel is a rookie and it would help to get him as many reps as possible, he’s still the more talented of the two backs in my opinion. There were questions initially that Michel may not be ready for the beginning of the season, but the most recent report has him missing about ten days and on track to be ready for Week 1. The Pats drafted him in the first round for a reason and while at Georgia, he showed that he can handle three-down back responsibilities. Even if Michel comes back to a timeshare situation with Burkhead, the Pats have shown that their model can sustain multiple running back production. Last year New England had three running backs finish as top 39 fantasy running backs and in 2016, both LeGarrette Blount and James White finished as top 26 fantasy backs. There is plenty of touches to go around in New England and I think Michel’s talent will come through, and he will smash his current RB29 average draft position.

This offseason saw the retirement of Matt Forte, and to fill the void in the running game, the Jets signed Isaiah Crowell to a three-year, $12 million deal. Crowell has spent the previous three seasons in Cleveland where he has shown spurts of being a very good fantasy running back. He rushed for almost 1,000 yards with seven touchdowns in 2016 as he finished as the RB14 in PPR leagues. He regressed a bit in 2017 but now gets a fresh start with the Jets. Will he make the most of the opportunity? Let’s break it down a bit.

First, Crowell is only 25 years old and entering the prime of his career. He has good size at 5’11” and 225 pounds, but despite being a bigger back, ESPN’s Rich Cimini has reported that he and the Jets have been very surprised by his speed. Cimini also reports that head coach Todd Bowles has been very impressed with Crowell's receiving chops. He looked very good in his limited time in their first preseason game as well, as he ran with authority and scored on a 16-yard reception from Teddy Bridgewater. Unfortunately, his night was cut short early as he suffered a possible concussion on the score and didn’t return to the game. If he can continue to prove he can be a good receiver, his fantasy value could increase significantly.

As far as competition, the Jets also have veteran Bilal Powell, Elijah McGuire, and former Seahawks back, Thomas Rawls. I don’t see Rawls as much of a threat and McGuire just underwent surgery to repair a broken foot and could potentially miss the first half of the season. That leaves Powell as his main competition for touches in 2018. Powell disappointed many last season, including myself, as he severely underperformed expectations and I honestly think that Crowell has a shot to be a three-down back with Powell simply spelling him in relief. Crowell caught 40 balls in 2016 and had 28 receptions in 2017 and that was with Duke Johnson on the Browns roster, who is one of the best receiving backs in the NFL. Bilal Powell is no Duke Johnson. According to Fantasy Football Calculator, he is currently being drafted as the 35th running back off the board in PPR leagues. Considering he finished as the RB14 and RB31 in the last two years, I think he has the opportunity to greatly outperform that ADP in 2018.