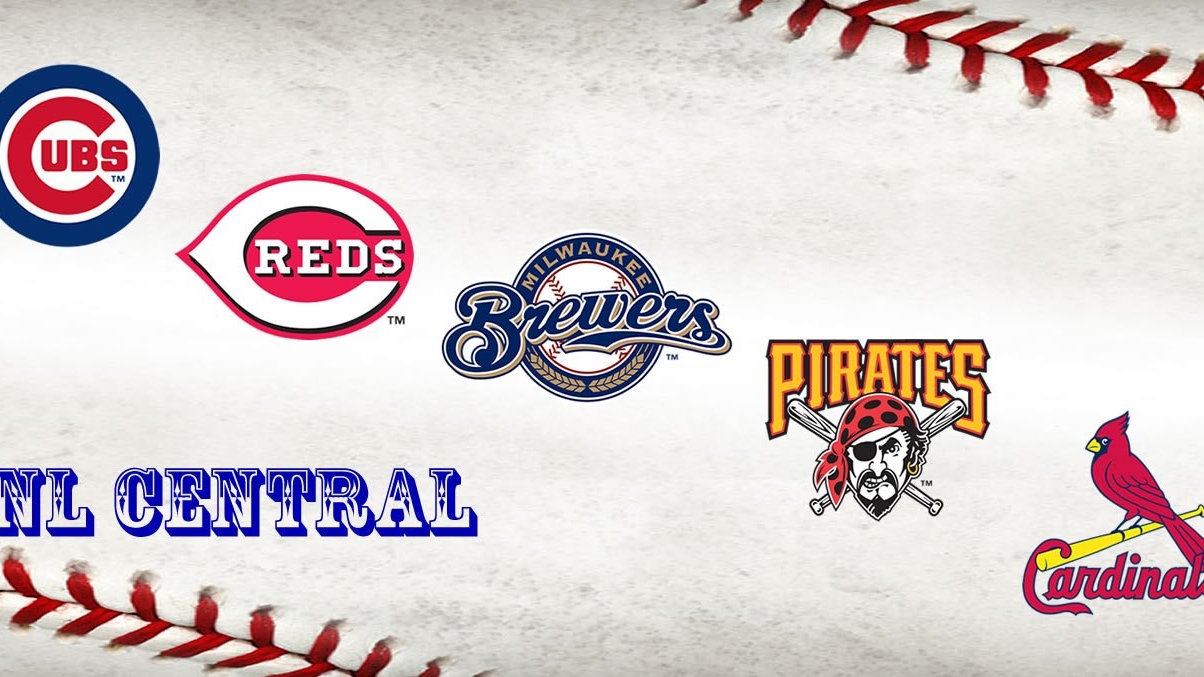 Players I Love for A 60-game season:  NL Central

Being from Illinois and watching about 100-120 NL central games per year, I figured this would be the best division to start writing about, I’m going to be doing 6 of these columns, 1 for each division if that wasn’t obvious. Now I’m going to write this based off values that I particularly like, everybody knows about Kris Bryant and Christian Yelich, so it doesn’t seem helpful to write about them. My barometer for these pieces will be, 1 player per team, must be going outside of the top 15 rounds, or 180 picks, according to fantasyprosADP 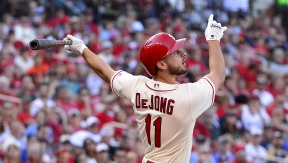 Paul DeJong will never lose his job because he is so good on defense, and being in a weaker lineup, he’s projected to be hitting fourth (according to roster resource). Now DeJong isn’t exactly the sexiest player to have as your starting shortstop, and his overall numbers from last season do not look great on the surface, .233/.318/.444, 30 HR, 97 R, 78 RBI, & 9 SB, but he put up those numbers in spite of a .259 BABIP (batting average on balls in play) which is nearly 40 points lower than his career average. Three years in a row he has reduced his strikeout rate, while increasing his walk rate, and increasing his hard-hit rate. Through March & April of last season, DeJong was hitting .342, w 5 HR, 26 R, 13 RBI, and 2 SB through 29 games. This isn’t going to be what you’re expecting in a 60-game season, but if he keeps progressing in the right direction an OPS of .800 plus is extremely attainable, and he can very easily beat his projections and finish as a top 12-15 shortstop. 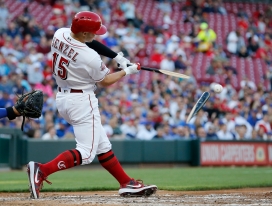 Senzel is a former number two overall pick in the 2016 MLB draft, he was ranked as high as number 5 on the MLB top 100 prospects list heading into last season. He made his debut and it was underwhelming for the expectations that most fantasy players had for him heading into the season. His overall stats were .256/.315/.427, 12 HR, 55 R, 42 RBI, & 14 SB. Personally, I think a 40.4% hard hit rate and a 7.2% walk rate are both pretty-damn good for a player getting their first taste of major league pitching. Senzel will benefit from the universal DH, as he’s a plus defensive player who should play close to everyday, and even with the Reds overall depth of outfielders and just players overall, Senzel’s versatility could allow him to play 2B, 3B, CF, and I think he could become the Reds everyday SS given his only competition is Freddy Galvis at that position. 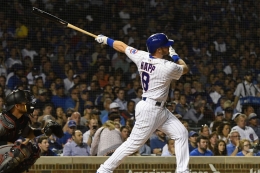 Ian Happ was a very trendy breakout player from last season, in what was a disappointing season in which he failed to grasp ahold of the center field job and had a stint in the minors, there are some positives. His September & October were great, in 26 games he hit .311, had 6 HR, & had 26 combined R & RBI. The plate discipline has always been solid, a career 12% walk rate is nice, but he strikes out way too often, however he did cut his strikeout rate to 25% last season. He’s been highly touted for his athleticism, and ultimately had to move from second base to the outfield. If he can maintain the gains, he made in terms of cutting his strikeout rate, and increasing power (.300 isolated power last season) he can hop into the top 30-40 OF which is a massive value based on where he is currently going in drafts. Especially in a roto league, where Happ is also a pretty good base stealer. Post hype prospects can pay massive dividends and cost next to nothing on draft day. 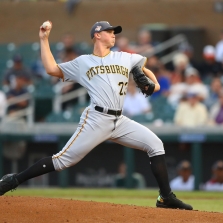 Mitch Keller was 1-5 with a 7.13 ERA over 48 innings and was horrible last year for your fantasy team. He is easily one of my favorite values at starting pitcher this year. Every single luck indicator for starting pitchers indicates that he was one of the unluckiest pitchers in all of baseball. He had a .475 BABIP, a 59.6% strand rate, & 13% HR/FB ratio. Overall, when you dig into the numbers, his 3.19 FIP, 3.47 xFIP, 3.78 SIERA, 33% chase rate, & 12.19 K/9 suggest that he could be a future star. It’s very possible that whoever owns Keller in your keeper or dynasty league has soured on him, and it’s a perfect time to buy as it’s probably your last chance to get him outside of the top 40 SP. 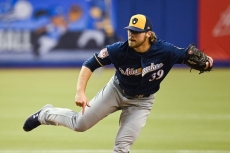 Burnes is pretty much free on draft day, with an ADP in the 480’s you can easily take him with your last pick, and with the last pick in your draft you should be targeting upside, there isn’t more upside at SP at that point than Burnes. The stuff is elite, he has incredible velocity on his fastball and slider, at one point this spring he threw a slider that clocked at 94 MPH. Like Keller, Burnes had horrible luck last season. A .414 BABIP, 57.4% strand rate, 38.6% HR/FB ratio, & an 8.82 ERA (yikes). However, he had 12.86 k/9, and a 3.37 xFIP. Personally, I will always pick upside, and talent when I see it, especially from young players who were formerly top prospects. Drafting Burnes costs nothing, and it will be very easy to drop him if he underperforms again, but if he meets his upside, you’re talking about a top 40 SP, who you can use in a RP slot if you’re in a points league.

At the end of the day, these are players that you're going to be taking after a good chunk of your roster has already been filled out. I've been playing fantasy sports for close to 15 years now (my first league i was 12 years old) and the best thing you can do for your team is shoot for upside in the later rounds of your draft. That makes it very easy for you to drop a player that is under performing if you find a player you like on waivers. This list of players (among the others I will be writing about) are all late round fliers, and they shouldn't be fixtures in your lineup to start your season, however, the potential & or growth they have all flashed may be able to get you there by seasons end.