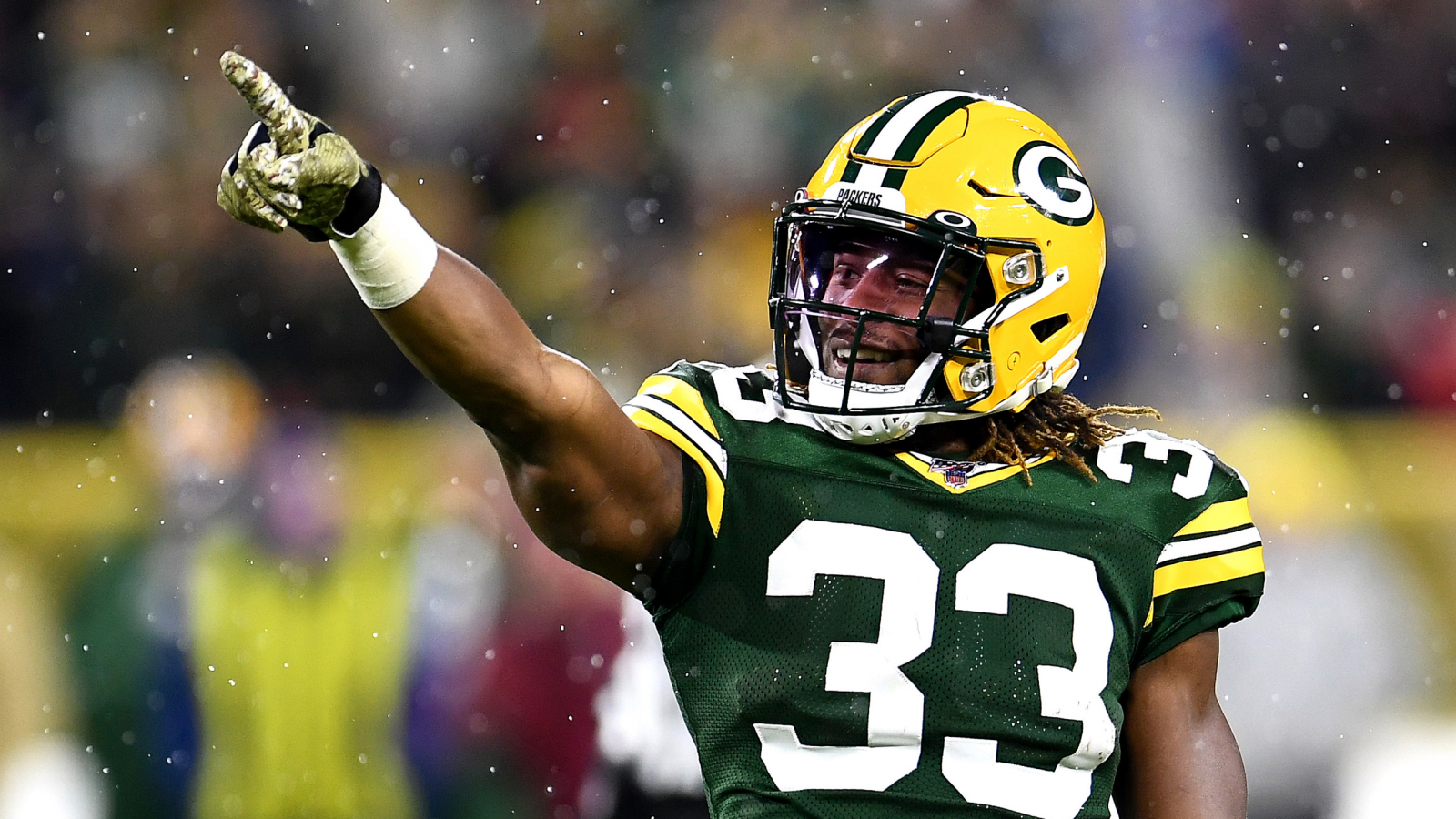 League Winners in the Early Rounds

Each year in fantasy is its own beast. Odds are the players who won you your leagues last season are changing. With regression, new or worse situations, and new talent emerging, I’m here to help you pick the cream of the crop to get the jump on your league mates come draft day. 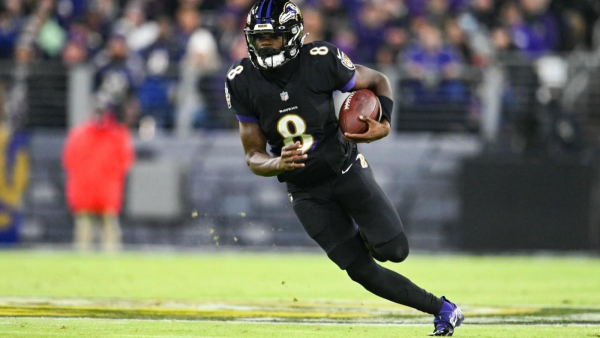 Last year Lamar Jackson took a natural step forward as a passer, averaging 32 more yards per game in the air than he did during the 20-21’ season. Despite missing five games, Jackson surpassed his passing total from the previous season boosting the Ravens to 8-3 and first in the AFC. Even though his passing game is better, we cant forget that he is still the most elite rushing quarterback this game has ever seen. Leading the NFL in carries and rushing yards per game, Jackson has overall QB1 written all over him this season, which puts pressure on us to grab our quarterback early. 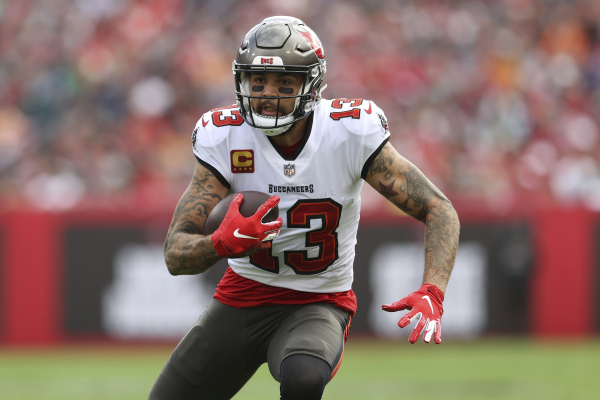 Mike Evans has had an illustrious start to his nine year career, as he's had nine straight 1,000-yard seasons, the only player ever to do so. Evans is efficient with Tom Brady under center, doing the damage he did last season with only a 17% target share. This season he has a chance to see an increased target share, as well as potentially breaking his touchdown record. With Chris Godwin returning early in the year, Evans managed seven better PPR performances but got out-targeted by Godwin five times last season. To me, Evans is a must-have wide receiver at the end of the second or early in the third round. He is someone I want on all my teams. 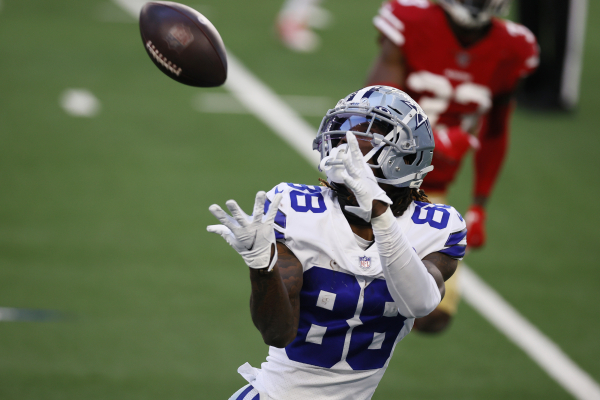 The wide receiver that everyone expects to make an elite jump this season is CeeDee Lamb. Out of sheer volume alone, Lamb has to have a top-ten season at his position, or the hype will be gone. Volume is everything because the Cowboys have 205 vacated targets to spread out with the departures of Amari Cooper and Cedrick Wilson. The reason Lamb will see the bulk of those targets besides being the best guy is he can line up and be dominant in any spot Kellen Moore needs him. He is a versatile YAC machine that will get the volume necessary to push him into that next group of receivers. Lamb could very well be a top-3 fantasy receiver next season, so WR6 is a risk well worth taking. 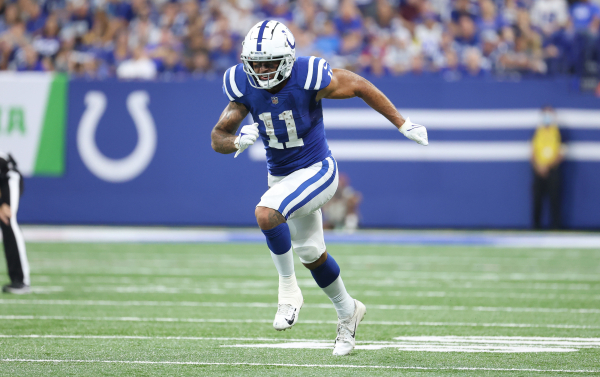 Even with a WR17 finish in PPR leagues last season, it must be a breath of fresh air for Michael Pittman to have Matt Ryan under center for the Colts. Ryan loves to throw to big bodies, which is what Pittman is, bringing in 25.4% of the team's red zone targets (eighth best in the league) and hauling in a 25.6% overall target share. It’s safe to say Pittman will likely see that volume again, and that makes him a top-12 play for me simply on volume alone. I wouldn’t be breaking the bank for Pittman, but if he falls into your lap at the end of the third or early fourth round, you have to smash that draft button. 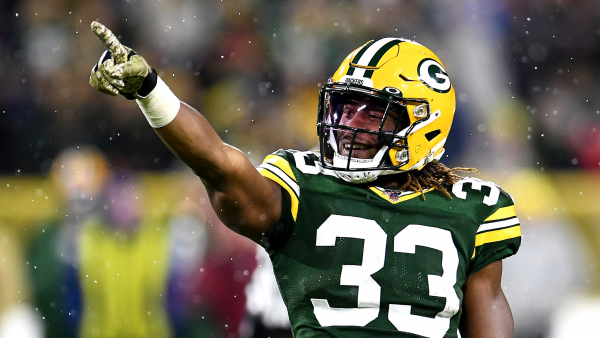 Coming off a season with a 12.6% target share while competing for targets with the NFL’s most dominant receiver and red-zone threat, Davante Adams, isn’t too shabby. Aaron Jones now steps into a role where he can lead this team in catches and yards from scrimmage. With 240 vacated targets missing from last season, Jones is primed to be a PPR phenom this year. The only downside is losing valuable goal-line touches to A.J. Dillon, but I firmly believe he makes that and more back in the receiving game. I’m aggressively drafting Jones to be someone I can rely on heavily this season.