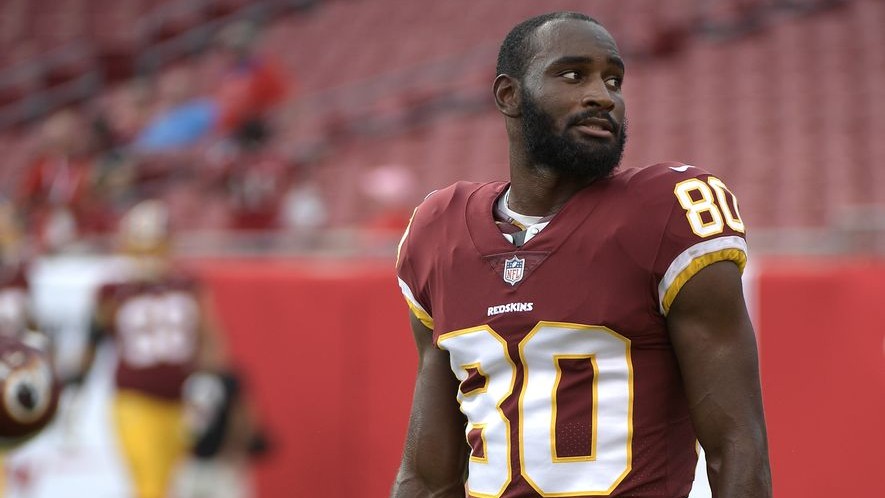 Waiting on wide receivers can be advantageous to you every season.  The crop of wide receivers available in the 2018 season is vast. There are a wealth of skilled wideouts you can pick up in later rounds of your draft that can benefit your team.  Sometimes they will be the type of player you plug in based on schedule, but there should be numerous players that hit in later rounds. If you decide to draft wide receivers with high upside, here are six significant players you should target. Wide receiver ADP in PPR format from fantasypros.com

Marvin Jones, Detroit Lions (WR25)
His teammate Golden Tate is going as wide receiver 22, but if you wait just a little longer, you can nab Marvin Jones at wide receiver 25.  He is going into his seventh season, but does not seem to be slowing down. Last season, Jones had 1,101 receiving yards on 61 receptions to go along with nine receiving touchdowns.  Not only that, but he was a sturdy player who played all 16 games. Since 2013, he has had at least 50 receptions a season. Last season was his best season yet, and he only continues to increase his receiving yards total.  Jones had 18-yards per catch last year, making him the top in this category for all wide receivers. This season, he looks to add to his yards after catch, a feat that is totally feasible. Even with Tate there, Jones should see plenty of targets.  The chemistry with quarterback Matthew Stafford has always been there since Jones arrived in Detroit from Cincinnati back in 2016. They will continue to connect this season, so look for Jones to consistently help your fantasy team. Jones will more than likely be available for you in the late fifth round to early sixth round at this moment.

Jamison Crowder, Washington Redskins (WR29)
During the 2017 season, Jamison Crowder played 15 games where he finished as the 33rd overall wide receiver from weeks one to 16.  He did not play week nine due to a hamstring issue. The week prior to the injury, he competed against Dallas and had nine receptions for 123 yards.  The game against the Cowboys started the trend of Crowder putting up nice fantasy points. Although he started off slow and was thought by many to be a bust based on how talked up he was prior to the season’s start, he made up for it during the second portion of the year.  Six of the eight games from the Cowboys game on had Crowder providing fantasy players with double-digit points. Week 12 was his highest scoring game, as ffstatstics.com shows him with 27.1 points. The game against Dallas was also another 20+ point game. He had 66 receptions for 789 yards and three touchdowns for the entire season, but look for that to increase this year as he comes back healthy and riding the momentum from the prior year.  He does have a new quarterback in Alex Smith, but this quarterback is a seasoned vet who loves to throw to his dependable receivers.

Emmanuel Sanders, Denver Broncos (WR30)
Another value pick around where Crowder is going would be Emmanuel Sanders.  Here is another player who was plagued by the injury bug, only playing in 12 games last season. Look for a healthy Sanders to put up points this year.  Sanders has always finished as a wide receiver three or better except for last season where he had Trevor Siemian tossing him the ball. Over the years, he’s had to catch passes from a less than himself Peyton Manning, as well as Paxton Lynch, Brock Osweiler, and the previously named Siemian. This season, he gets an upgrade at the quarterback position with Case Keenum.  After taking over for Sam Bradford when he injured himself, Keenum helped the Minnesota Vikings clinch the NFC North. Although the Vikings did not make it past the Eagles to go to the Super Bowl, Keenum had himself a career season. Now with Denver, look for Keenum to bring both Sanders and Demaryius Thomas back to their prior form. Keenum connected well with both of his wide receivers in Minnesota, and he should be able to accomplish this success in Denver.  Sanders and Thomas are both value picks, but Thomas is going as wide receiver 16 while Sanders is wide receiver 30.

Allen Hurns, Dallas Cowboys (WR49)
Someone has to catch the ball in Dallas.  Allen Hurns has never been a number one receiver, but the Dallas Cowboys are going to need someone to step up and take over that role with the departure of Dez Bryant.  The Cowboys did draft Michael Gallup who may turn into a number one at some point, but Hurns has the veteran presence to be the first man up for the time being. As stated with the previous wide receivers written about, Hurns too has been dealing with injuries throughout his career.  His best season was in 2015 where he was the number two to Allen Robinson’s number one. That year he had 1,031 yards on 64 receptions in 15 games. He also ended the season with ten touchdowns. It was expected that Hurns would continue this success into future seasons, but missing games due to injury has hindered his fantasy numbers.  In 2016, he only played 11 games, and played only ten games in his 2017 campaign. If he can stay healthy and get back to form, Hurns could be a sneaky draft pick. Plus, if he could put up the numbers he did with Blake Bortles throwing the football to him, he should be able to put up decent numbers with Dak Prescott under center.

Cameron Meredith, New Orleans Saints (WR54)
If you’ve noticed a trend here, you’re on to something.  Here is yet another player who had the potential to be something great last season, but he suffered a knee injury that kept him out of the 2017 campaign with the Chicago Bears.  During the preseason of last year, he tore both his ACL and MCL. This season, Meredith looks to become a valuable asset for the New Orleans Saints. The Bears skipped out on matching the Saints offer, so Meredith made the trek to New Orleans.  Now with the Saints, Meredith looks to take over the wide receiver two spot. It has been said that he is getting healthier, and the Saints are happy with the progress that they have seen with overcoming his injury. Saints quarterback Drew Brees made both Willie Snead and Ted Ginn look like viable fantasy options, so he should be able to do the same with Meredith.  Meredith will be looking to fight for that number two spot with Ginn, but has the talent to take that role and make it his. Both Michael Thomas and Alvin Kamara are going to get a hefty volume of targets during the season, but Meredith will carve out a role for himself as well. In 2016 when Meredith was healthy, he had 66 receptions for 888 yards with four receiving touchdowns.  He also had one rushing touchdown. Meredith should be a feasible flex play as long as his health is not an issue.

John Ross, Cincinnati Bengals (WR95)
Dropping down to wide receiver 95, you may want to take a dart throw at John Ross.  Ross is young, having played only one season in the NFL. Cincinnati drafted Ross in the 2017 NFL Draft as the ninth overall player off the board.  Getting a first round guy this late in your drafts can turn out to work in your favor. Last season, he was not used effectively. Coach Marvin Lewis did not use him to his fullest potential, making it look like Ross was not a talented player.  Again with the injury factor, Ross had to miss time during the preseason and did not get that much needed professional playing time under his belt. He only played three games the entire 2017 season, being targeted only twice and not catching a ball.  During that time, he also had one rush for 12 yards, but ended up fumbling the football. Not only was he injured part of the season, but he was also a healthy scratch for many games after the second game of the season. Ross also ended up on the IR at the end of the season due to injuring his shoulder.  If the team can manage to use Ross wisely, and if Ross can manage to stay healthy, look for your fantasy team to benefit from him.

There are actually quite a few bargains in the wide receiver bargain bin this year.  Many of these players will be useful on a weekly basis while others are nice plug and play options.  There are countless players that are obtainable in mid to late rounds of your draft that have the potential to make your team pop.  Players such as the ones above have the talent to do work for your team, but they have either been hindered by inadequate quarterback play, injuries, coaching conflicts, or just being one of multiple talented players on the same team.  Sometimes you have to take a flyer on a player and hope he can live up to his potential.