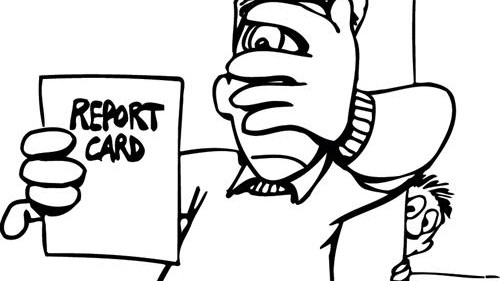 Look. I realize the season is still very early, but it's never too early to start tracking the next big, fantasy stars who are likely to make their appearances in the Majors at some point this season. That's where I want to help. I will be giving you weekly updates on how the top prospects are performing and try to help you predict when we may see them so you can beat your league mates to the punch. I have listed a majority of both the top hitting prospects, as well as the pitchers, and will grade how they performed the previous week. I will warn you...this list may change slightly week to week. If someone else gets on my radar, I will add them to the list, or I may drop players if either they get called up, or if it looks like they may not get the call this year. If you want to see someone added to this list, please feel free to comment below, or shoot me a tweet @fantasygeek37.

Yoan Moncada may be a prospect, but when you look at him, he's a man. This dude is going to be good.

Yoan Moncada, 2B Chicago White Sox. One of the top, two prospects in MLB, Yoan Moncada is starting the season in the Minors, but it's only a matter of time before we see him in Chi-Town. I'm going to be completely honest with you. Trying to figure out the Super Two cutoff/deadline confuses the hell out of me, but basically, it's a date that the clubs have to keep players in the Minor Leagues so they can delay when the player will see arbitration. In a nutshell, it's a money thing. I will take the guys from Rotowire's word for it when they say that Moncada's date is in mid-May, and we could see him shortly thereafter. He's playing second base for the Triple-A, Charlotte Knights, and Tyler Saladino is just keeping the base in Chicago warm for the youngster. In his first week, he's hitting .400 with a home run, two RBIs, three runs and a stolen base. I expect him to graduate from this report by the end of May, so enjoy it now.

Cody Bellinger, 1B Los Angeles Dodgers. One of the better, power hitting prospects is the future first baseman of the Dodgers, Cody Bellinger. Bellinger is currently being blocked by veteran, Adrian Gonzalez, but in Spring Training, as well as at Triple-A, he's been playing the outfield so that the Dodgers can find room anywhere for them on their 25 man roster. He's that good. Over his first week, he is hitting .476 with a home run and five RBIs and hit safely in his first four games of the season. We should see Bellinger in the Bigs before the All-Star break.

Ozzie Albies, 2B Atlanta Braves. The Braves traded for Brandon Phillips this offseason to fill their hole (I giggle every time I write that) at second base, but Ozzie Albies is the Braves' future, second baseman. He is the number 12 ranked prospect in MLB according to MLB.com, and will eventually join Dansby Swanson as part of a very formidable, middle infield in Atlanta. In his first week at the Triple-A, Gwinnett Braves, Albies hit .250 with no home runs, three runs and two stolen bases. He isn't a power hitter, so I don't expect a plethora of home runs, so average, runs and steals are where a majority of his value will come from.

Austin Meadows, OF Pittsburgh Pirates. Austin Meadows may be a future star in the Pirates outfield, but he didn't show that in his first week for the Triple-A, Indianapolis Indians. He also loses points for a silly team name. Meadows totaled one hit over his first 14 at bats, while striking out eight times. Ouch! Good thing Marte, Polanco and McCutchen are healthy right now.

JP Crawford, SS Philadelphia Phillies. JP Crawford is a nice guy. How nice is he? Well, the future, Phillies' shortstop didn't want Austin Meadows to suffer all by himself, so he went one for his first 15 at bats just so Meadows wouldn't feel so bad about himself. He only struck out six times, compared to eight for Meadows, but he still had a very disappointing week nonetheless.

Lewis Brinson, OF Milwaukee Brewers. Lewis Brinson was the major piece that Milwaukee acquired when they sent catcher, Jonathan Lucroy to Houston, and they have very high hopes that Brinson will be their center fielder for many, many years. He still hasn't seen an at bat at the major league level, but once traded last season, Brinson hit .382 with four home runs, 20 RBIs, 14 runs and four stolen bases in 93 plate appearances, for the Triple-A Colorado Springs Sky Sox. He was off to a good start there this year when he got a hit in his second at bat, but when stealing second base (successfully, I might add), he jammed his finger and hasn't played since. We should still expect to see Brinson later this season, but it's too early to place a grade on him. Julio Urias held an ERA of 1.99 in the second half of last year for the Dodgers. Expect more of that when he gets called up this summer.

Julio Urias, Los Angeles Dodgers. For some, it was a surprise when the Dodgers optioned future ace, Julio Urias down to Triple-A at the end of Spring Training this season. After thinking about it, it was a very smart move because they can monitor his innings there and then add him this summer as the Dodgers hope to make a serious run at the World Series this year. I don't think his performance will necessarily play a part in when he gets the call, but when their calculations say his innings have been managed and it's safe to bring him up without restrictions. I think it's still good to track how he's playing, so while he didn't have a start before Sunday, he did pitch Monday where he went 3.2 innings and gave up two earned runs with four walks and five strikeouts. Even though I can't give him a great grade, I'm not worried about him at all and he's my favorite pitching target on this report.

Lucas Giolito, Chicago White Sox. Last season was a disaster for Lucas Giolito. He struggled in the Minors as well as in the Big Leagues, and he was subsequently shipped to the White Sox this offseason in a deal sending Adam Eaton back to the Nationals. Well, his first game for the White Sox's AAA club, the Charlotte Knights, didn't make many feel warm and fuzzy inside. He went 4.1 innings, giving up four earned runs on six hits and two walks. He did strike out four, but he was in the high 80's/low 90's on the radar gun and having major control issues. This isn't what the White Sox were hoping for.

Jose DeLeon, Tampa Bay Rays. Jose DeLeon was a top pitching prospect for the Dodgers, until they sent him to Tampa Bay in exchange for second baseman, Logan Forsythe. The Rays have high hopes for DeLeon, but unfortunately, he missed his first start due to "Minor discomfort" in the flexor mass muscle in his forearm. He shouldn't miss much time, and looks to be almost ready to go, so stay tuned for his first update next week.

Brent Honeywell, Tampa Bay Rays. DeLeon may be higher on the MLB.com list of top 100 prospects (33 vs 40), but that doesn't mean the Rays don't have expectations they will also see fellow prospect, Brent Honeywell this summer as well. Honeywell has a fantastic first start in Double-A this week as he went 6 innings, giving up two earned runs, on only three hits and one walk. Not only that, but he struck out a sizzling 12 batters over those six innings and was simply, fantastic. It will probably be later in the summer, maybe August or so, before we see Honeywell, but he's off to a great start. He also earned extra credit because I love the team name he's playing for...the Montgomery Biscuits.

Josh Hader, Milwaukee Brewers. A lot of people, including myself, are very high on Josh Hader, and this week he showed us why. He pitched five innings of shutout, one-hit baseball, while fanning six. The only thing holding him back from earning an A is that he walked five batters and needs to work on his command a bit. Definitley something to monitor over the next few weeks/months...

Michael Kopech, Chicago White Sox. One of the hardest throwers in the game, Michael Kopech loves to hit 100+ on the radar gun. This week, he used that velocity to strike out ten batters in only 4.1 innings. He gave up two runs on three hits, with two walks, but the future is very bright for Michael Kopech. He's currently only in Double-A, so I don't expect to see him until late this season.