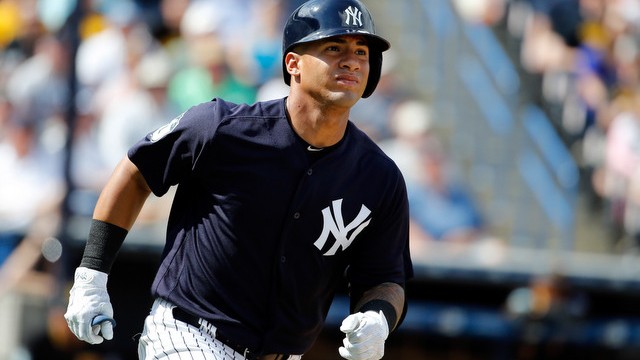 I attended my first high school graduation party this past weekend, and we have also been seeing many Minor League prospects graduate to their Major League Clubs over the last few weeks. We have seen the likes of Michael Paulino, Frances Martes, Jacob Faria, Sean Newcomb and Lewis Brinson all get the call recently, and this should just be the beginning of the young talent getting infused into the Major Leagues. Who are some of the next guys in line who might get their promotion? I have you covered in this week's Minor League Report Card!

Yoan Moncada, 2B Chicago White Sox. The strikeout woes continued for Yoan Moncada this past week, as he added ten more to his season total of 66. Not pretty. He added a home run and a stolen base, but he hit only .174 and he desperately needs to work on his plate discipline. A month ago, I would have thought that Moncada would be making his way to the White Sox right about now, but I'm thinking since they aren't in a "win-now" mode, it may be another month or two before we see Moncada in the Big Leagues.

Austin Meadows, OF Pittsburgh Pirates. Outfielder, Austin Meadows had been heating up as of late, but you wouldn't know it by monitoring his performance from last week. He went five for 25 (.200) with no home runs and three RBIs. Those three runs batted in came in one game on Sunday, and if you take out that performance, he would have been much worse. Let's see if he can bounce back in the face of adversity. 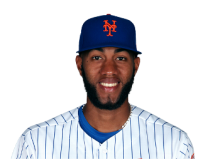 It will be interesting to see who gets the call first in New York...Amed Rosario or Gleyber Torres. Either way, these guys will be tied together for years to come.

Amed Rosario, SS NY Mets. Amed Rosario should be a decent contributor of batting average, runs and steals for fantasy baseball purposes, but you wouldn't know that from his production last week. While he has been making great contact with the ball in recent weeks, his production dipped a bit in Week 10. He was seven for 27 (.259) with four runs and no steals. He did add a dinger, his sixth on the year, but I feel like this week is just a slight bump in the road, and shouldn't effect much as far as his timeline. I would still expect to see Rosario in New York in the next month or so.

Gleyber Torres, SS NY Yankees. After struggling his first few weeks in Triple-A, Gleyber Torres finally had a breakthrough week for Scranton/Wilkes-Barre. He went nine for 27 (.333), with two home runs and nine RBIs. This is what the Yankees were hoping to see from him. With Chase Headley still struggling at third base, it will be interesting to see if the Yankees decide to make the move, or stick with the veteran for a potential playoff run.

Rhys Hoskins, 1B Philadelphia Phillies. Not the best week for Rhys Hoskins this week, but it wasn't necessarily horrible either. He hit .260 with a home run and six RBIs, in seven games, so I guess it's better than a kick in the balls. He's still hitting close to .300 on the season, but unfortunately, Tommy Joseph is still doing enough in Philly to not rush their hand in adding Hoskins to the Big League roster.

Jose De Leon, Tampa Bay Rays. After cruising through two starts at Advanced A Charlotte, Jose De Leon is finding it a little tougher sledding at the Triple-A level. In three innings of work last Thursday, De Leon gave up three runs on four hits and three walks, while striking out four. His ERA in two Advanced A ball starts is 2.16, while it stands at 6.75 after three starts in Triple-A Durham. After missing a little more than the first month of the season with a forearm injury, I will cut him some slack as he works to find a groove, so be patient with De Leon.

Brent Honeywell, Tampa Bay Rays. After two consecutive poor performances, Brent Honeywell went about righting the ship as he had a very nice performance in Week 10. In six innings of work, he gave up only one run, with nine strikeouts and one walk. He did surrender seven hits, but it was nice to see him get out of danger in pressure situations.

This is me following the career of Lucas Giolito

Lucas Giolito, Chicago White Sox. Following the career of Lucas Giolito is similar to riding a roller coaster with all of its ups and downs. It's definitely not for the faint of heart. Giolito took the hill twice this week, and in his first performance, he showed us why he is such a highly touted prospect. In six innings, Giolito fanned 11 batters (with two walks), while giving up only one run. However, his second appearance left me as nauseous as I felt after getting off the Hulk rollercoaster at Universal Adventures in Orlando. He went 6.2 innings in that one, but gave up three runs on six hits and was once again bitten by the walk monster, giving away four free bases. If I had to guess, Giolito would be the first White Sox prospect pitcher to appear in Chicago this season, but I wouldn't necesarily rush to pick him up the minute you hear he gets the call. Definitely keep an eye on how he does at the Big League level though.

Michael Kopech, Chicago White Sox.  This week Michael Kopech also had two starts, and the first one had a theme running through it. The power of five. In a little over five innings, Kopech gave up five runs, had five strikeouts and issued five walks. His second performance wasn't much better as he didn't even last four innings as he gave up three hits with four walks. He only gave up one earned run, but the walks are definitely something he needs to get a handle on. If he can get his control/command to where it needs to be, Kopech could be something special.