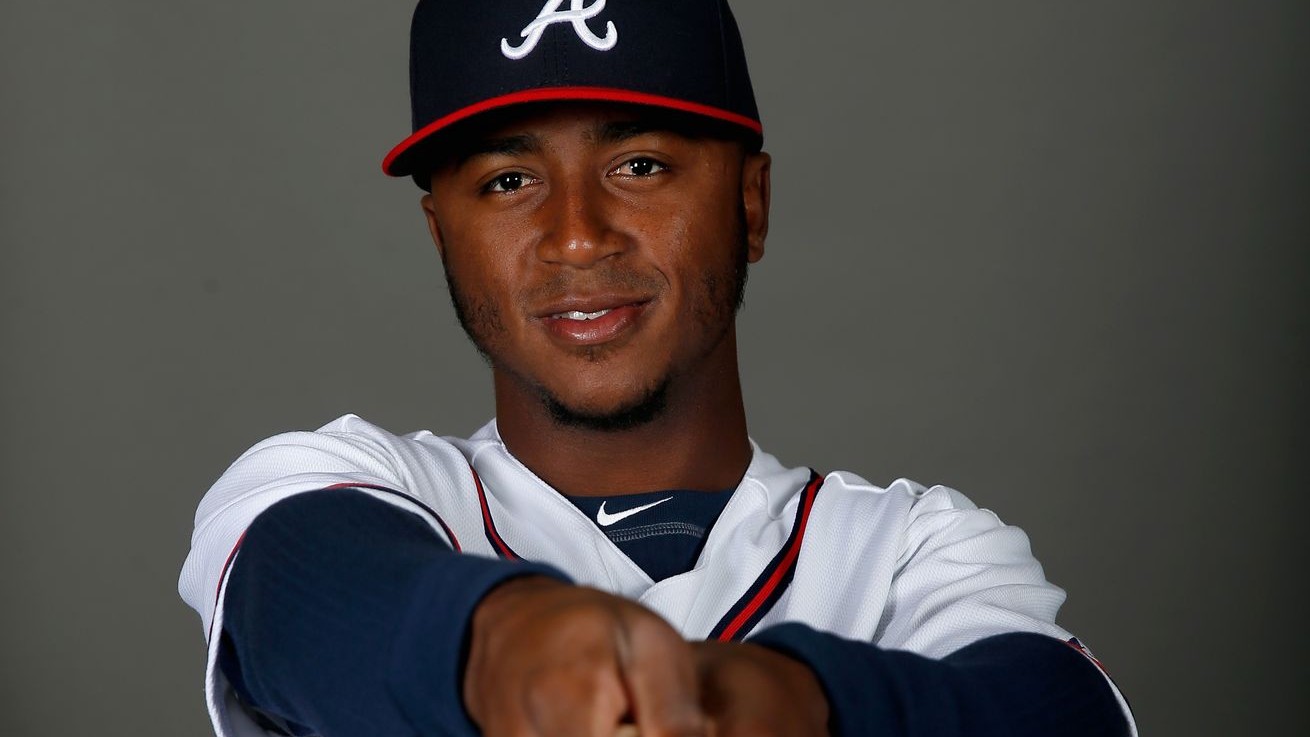 Another one bites the dust this week. Last week we lost Gleyber Torres for the season and now this week, Austin Meadows was removed from the Report Card as he looks to miss a month or more with a hamstring injury. Well, I've decided to replace him with a familiar face who was a regular fixture on this report at the beginning of the season. Who is taking his place? Read on to find out!

Yoan Moncada, 2B Chicago White Sox. This week, Yoan Moncada showed us a little bit as to why he's such a highly touted prospect, as he hit almost .300, smacked a home run, and stole two bases. While he struggles with strikeouts, he has the tools to be a five category, fantasy producer at the Big League level. I still think it's a month or more before we see him in Chicago, but if you have room on the end of your roster, it may be worth stashing him in hopes we see him sooner, rather than later.

I would have a smile on my face too, if I was playing as well as Rhys Hoskins.

Rhys Hoskins, 1B Philadephia Phillies. Rhys Hoskins is showing that he wants to get the call from the Phillies, as he absolutely raked this week. He went 11 for 24 (.458) with two home runs and eight runs batted in. He now has 17 homers on the season and is showing he belongs at the top level. He will be able to help your power categories once he arrives in the Big Leagues, and I don't feel like he's too far away from getting an opportunity.

Amed Rosario, SS NY Mets. Still no Amed Rosario in New York... I don't know if frustration is staring in to creep into the mind of Rosario, but he didn't have a great week as he only had four hits in 20 at bats, with no home runs or runs batted in. He scored once and stole one base, but it was a lackluster week for the soon-to-be Met.

Ozzie Albies, 2B Atlanta Braves. He's back! When I started the season Report Card this year, Ozzie Albies was a regular fixture in the article. However, because of his underwhelming performance, he was sadly, removed. Due to promotions, injuries and now his improving play, he's made his triumphant return this week! Last week, Albies went seven for 24 (.292), hit a home run, scored three times, and stole a base. Not too shabby. His season batting average has now gone up to .272, and he has five homers, 26 RBIs, 43 runs and has stolen 18 bases on the year. The only bad part is that he is currently being blocked by Brandon Phillips, who is playing great baseball in Atlanta, so I'm not sure we will see Albies promoted soon unless there's an injury.

Jose De Leon, Tampa Bay Rays. Jose De Leon is still sitting on the sidelines with a lat strain. It's been a few weeks for this injury and with his health issues, I fear we may not see him in Tampa again until very late in the season.

You can expect the unexpected when Brent Honeywell takes the mound.

Brent Honeywell, Tampa Bay Rays. Jesus, Brent Honeywell is all over the place! One week he's pitching lights out and the next he's pooping the bed. We were able to see some of the good and the bad this week, as Honeywell took the hill twice. In his first outing, he didn't even last three innings as he gave up six runs on eight hits. Ouch! In his second start he was much better as he lasted six innings, giving up six runs and striking out eight. He walked seven total batters between the two outings and I would like to see his control/command improve at this point in the season.

Lucas Giolito, Chicago White Sox. It was another "week" for Lucas Giolito. Sorry, I've run out of adjectives for Giolito. This guy has a few good performances, a few horrible ones, but most of the time he's good for giving up roughly three runs on five or so hits and a few walks. Not great. Not horrible. Just "meh". It was no different this week, as he gave up three runs on four hits and two walks over five innings. He struck out eight batters, which is a little more than normal, so his grade got bumped a bit, but I would still like to see a little more from the 22 year old. Yeah, seems like he should be older, doesn't it?

Michael Kopech, Chicago White Sox. After three straight games of sub-par performances, Michael Kopech started to right the ship in his only performance this past week. He went six innings, giving up two earned runs while striking out eight batters, and now has 94 strikeouts in 72 innings on the season. He is still at Double-A and I would love to see him get a promotion to Triple-A soon, and continue his progression to the Big Leagues.