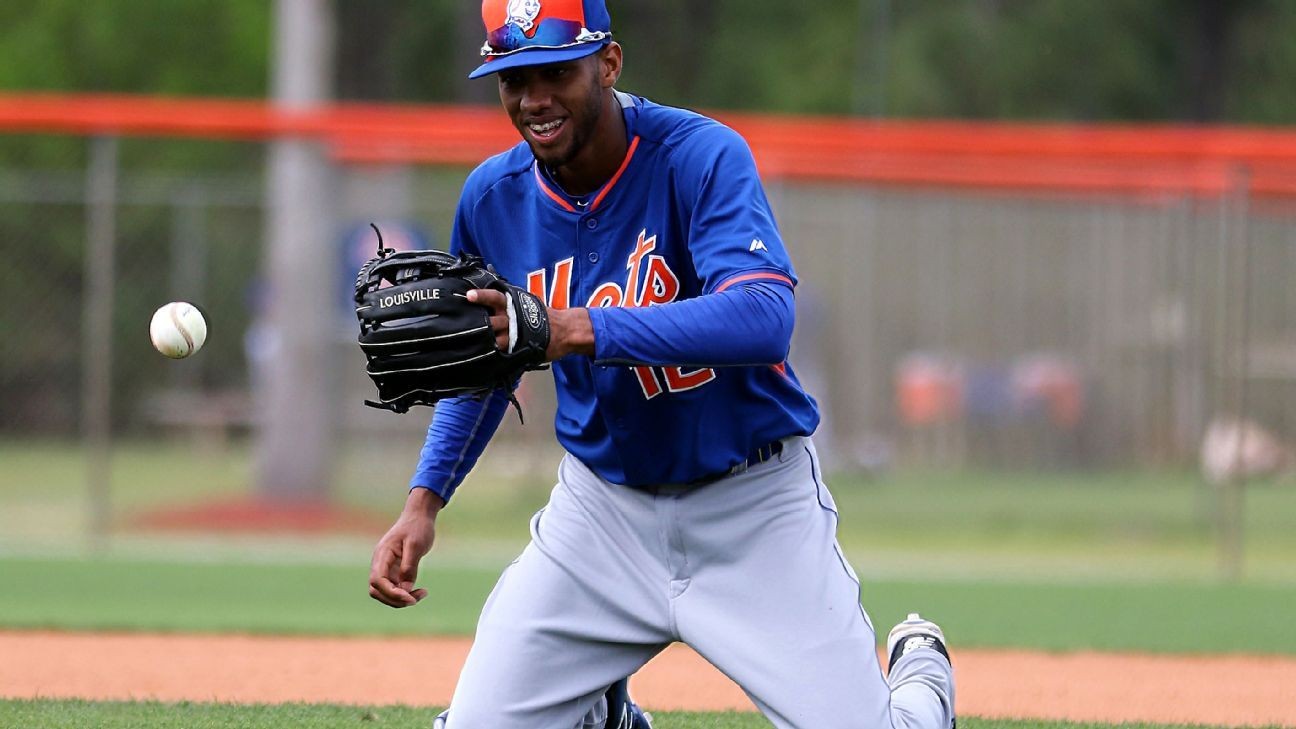 We are now a month into the season and we can start seeing some trends with some players. Are your favorite Minor League prospects trending up? Are they crapping the bed? Find out in this week's Minor League Prospect Report!

Yoan Moncada, 2B Chicago White Sox. Another good week for Yoan Mocada! Moncada hit safely in all six of his games in Week 4, as he went nine for 26 (.346) with no homers, two RBIs, three runs and two steals. Moncada is very likely to get the call by the middle/end of May when he passes his Super Two deadline, and you may want to consider adding him if you have room to stash him on your bench.

Ozzie Albies, 2B Atlanta Braves. Week 4 wasn't pretty for Ozzie Albies. Not only did he only hit .185 this week, but he also struck out ten times. It looks like it was a smart move for the Braves to trade for Brandon Phillips this offseason, and give Albies extra time to develop at Triple-A.

Austin Meadows is missing out on a prime opportunity to make a name for himself in Pittsburgh.

Austin Meadows, OF Pittsburgh Pirates. After seeing a little life from Austin Meadows in Week 3, it was back to sucky-town for the young outfielder in Week 4. He only had four hits in 22 at bats, with no runs, no RBIs and scored only once. If he wants to get an opportunity in Pittsburgh while Starling Marte serves his 80 game suspension, he better start producing lickedy split.

JP Crawford, SS Philadephia Phillies. I think we can all agree that JP Crawford has been the crappiest of the crappy to kick off the season. At Triple-A, Lehigh Valley IronPigs (god, I love that name!), Crawford hit .089 with no home runs and no stolen bases through the first three weeks. He did rebound a little this week as he went six for 24 (.250) while also stealing two bases. He's still not lighting it up, but at least we saw a little spark this week.

Lewis Brinson, OF Milwaukee Brewers. Lewis Brinson missed the beginning of the week, but he came back strong to close it. In only three games, Brinson went four for 12 (.333), with three runs, three runs batted in and added a steal. As Adam Sandler used to sing, "Not too shabby"!

Amed Rosario, SS New York Mets. Amed Rosario is tearning sh!t up! In Week 4, the Mets' future shortstop went nine for 22 (.409) while hitting his first home run of the year and batted in six runners. He even chipped in two stolen bases as well. He is now hitting .474 on the year, and if your  fantasy team is in need of batting average, runs or stolen bases, Rosario could be one of the next prospects to graduate to the big dance.

Lucas Giolito, Chicago White Sox. I'm not quite sure that things are going to click this season for Lucas Giolito. After struggling last year at both Triple-A and the Bigs, Giolito is once again finding things difficult in the Minors. In his only start this week, he went five innnigs, giving up four earned runs, on five hits and two walks. He did strikeout out seven batters, but he now boasts an ERA of 6.63 on the season, and doesn't look anywhere near a Major League call-up.

Jose De Leon, Tampa Bay Rays. It appears that Jose De Leon is still experiencing some forearm stiffness, and while he has started throwing live batting practice, he's still liekly a week or two away from his first start.

Brent Honeywell, Tampa Bay Rays. We got to see some good from Brent Honeywell this week, and we got to also witness some bad from Brent Honeywell this week. Let's start with the good. In his first appearance last Tuesday, he pitched a dandy as he went almost six innings, giving up two runs on nine whiffs versus only one walk. His second start wasn't quite as pretty however, as he gave up five runs, in less than four innings. His strikeout to walk rate is still very good on the season, and I like how he is progressing, but I can't overlook his second start when giving him a grade this week.

Josh Hader, Milwaukee Brewers. We all realize that the Pacific Coast League is not friendly to pitchers, but that doesn't excuse Josh Hader from his poor performance this week. Hader lasted only four and two-thirds innings, while giving up five runs on four hits and three walks. He now has 17 walks to 20 strikeouts in a little over 24 innings this season, and I'm waiting for more from the talented prospect.

Michael Kopech, Chicago White Sox. Week 4 provided us with the best game of the season to-date for the young flame thrower, Michael Kopech. Kopech pitched six shutout innings, while striking out eight and giving up only one hit in his only start. Control is still a bit of a problem, as he walked four batters, but I would like to see him promoted from Double-A to Triple-A and see what kind of results we get from him at the next level.