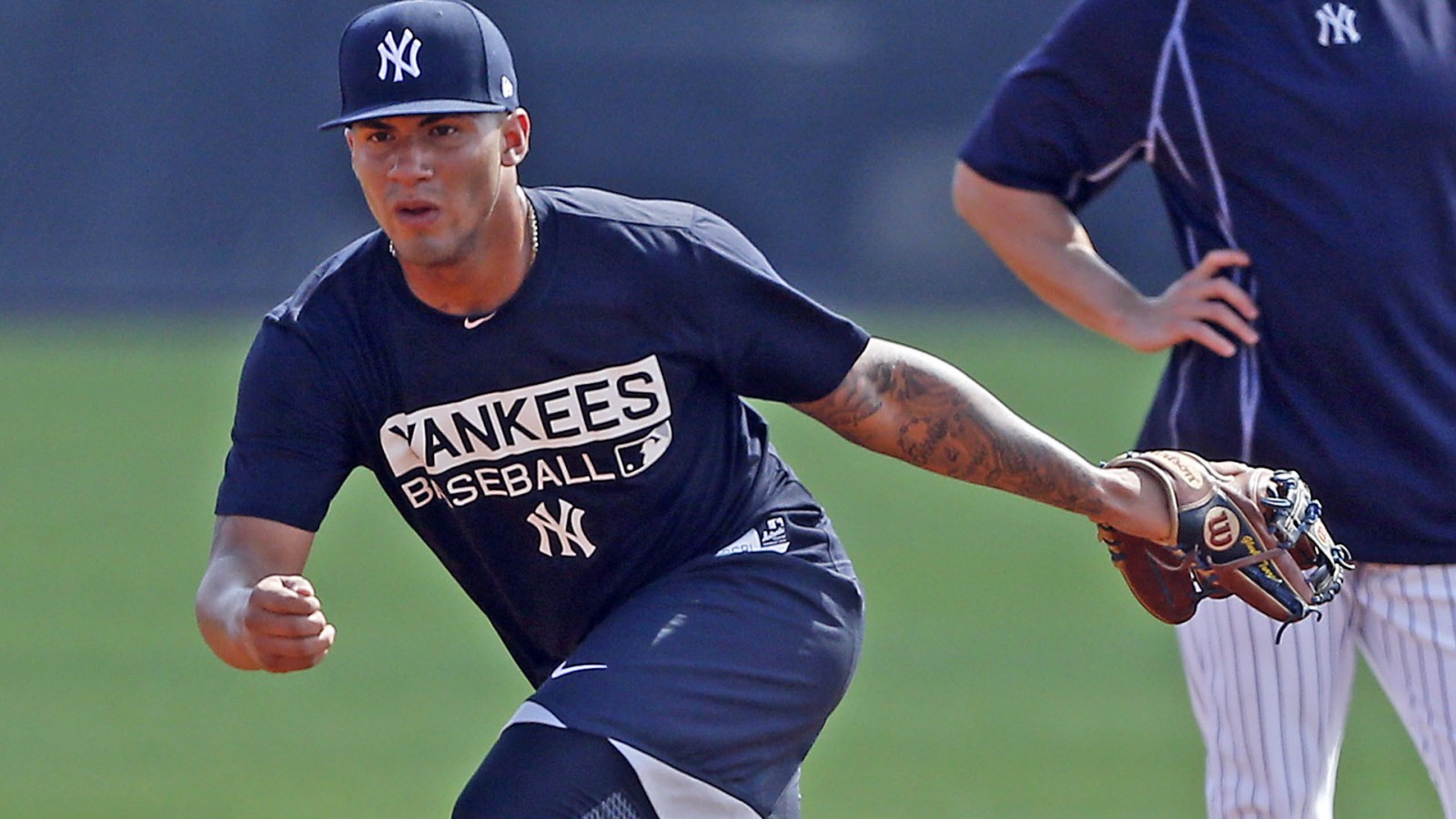 Yoan Moncada, 2B, Chicago White Sox. It looks like the top prospect in baseball got a week off this week, as he is currently dealing with a sore thumb. X-Rays and an MRI both came back clean, so it looks as though he should be back and raking in no time.

Austin Meadows is finally starting to make a case for himself that he belongs in Pittsburgh.

Austin Meadows, OF Pittsburgh Pirates. For the second straight week, Austin Meadows has started to turn his season around, as he went eight for 25 (.320) with a home run, seven runs batted in, nine runs and even a stolen base. There is an opportunity waiting for him in Pittsburgh if he can show he's ready, and I'm glad he's starting to show everyone that he wants it. Let's see if he can continue performing in the upcoming weeks now.

Lewis Brinson, OF Milwaukee Brewers. It was bound to happen, but Lewis Brinson cooled off a bit this week as he only had three hits in 14 at bats (.214). With no home runs, and no steals, I hate to do it, but I have to give Louie his first bad grade on the season.

Amed Rosario, SS NY Mets. Amed Rosario hit safely in all six of his games this week (10 for 28), and while he's not known for his power, he even chipped in a dinger to boot. He's now hitting .360 on the season, with four home runs and eight steals, and we may see Rosario playing for the Mets in the next month or so.

Gleyber Torres, SS NY Yankees. Well, I knew it would happen. On the Fighting Chance podcast just last night, I was talking about how Gleyber Torres is one of the, if not THE best, shortstop prospect in all of baseball. However, with Didi Gregorius and even Starlin Castro at second base playing well, I figured it would be an injury that would be Torres' fastest route to New York. I may have been proven wrong today (go figure), as the Yankees have moved Torres to third base at Triple-A, and it could be an audition for him to replace Chase Headley in the near future. We will have to keep an eye both on his offensive, and defensive production while playing third base. Offensively, Torres performed fantastic this week. He went six for 23 with three home runs, eight RBIs and five walks in six games. On the year, he's hitting .273 with five homers and five stolen bases and it will be interesting to see how his trial run at third base goes.

Rhys Hoskins, 1B Philadelphia Phillies. With removing JP Crawford from my report this week, I thought it would be fitting if I replaced him with another Philly. Enter Rhys Hoskins. With Tommy Joseph struggling to find his groove, the Phillies may look to their future stud, sooner rather than later. Hoskins only totaled five hits in 27 at-bats this week, but three of them went for home runs, so it wasn't a total loss. Even with a "Down" week, he's still hitting .315 with 12 home runs on the year in Triple-A. A few weeks ago, I was thinking a late, summer call up was in the works for Hoskins. I have now shifted my thinking, and we could see him sometime around the All-Star break.

I have a feeling that we will see Jose De Leon in Tampa sooner, rather than later.

Jose De Leon, Tampa Bay Rays. Well that escalated quickly! In his first start of the season, Jose De Leon pitched in a Class A Advanced League, and with the forearm feeling good, the Rays jumped him up to Triple-A for his second start. He showed us why he likely won't be in Triple-A very long either, as he pitched five innings of no-hit ball, while striking out five and walking two batters. With De Leon and Brent Honeywell lurking in Triple-A, the Rays could be a very fun team to watch this summer once they get the call up to Tampa.

Brent Honeywell, Tampa Bay Rays. Brent Honeywell has been pitching very well to date, and we got to see more of it on display this week as the "Honey-man" took the mound twice. He went at least six innings in both, and gave up only two earned runs in each contest. Throw in the fact that he struck out 13 foes while only walking one, and it was another rock solid week for Brent Honeywell.

Reynaldo Lopez, Chicago White Sox. We also saw two starts from Reynaldo Lopez this week and he definitely made the most of them. Over those two starts, he pitched 11 innings and only gave up one run, while striking out 11 batters. With Lopez and Michael Kopech pitching well and looking like they might have a future in the league, it may help the White Sox make up for the struggles we are seeing from Lucas Giolito.

Josh Hader, Milwaukee Brewers. This week was another tough one for Brewers hopeful, Josh Hader. He lasted only a little over four innings, giving up four earned runs, on seven hits, two walks and five K's. It looks like a late season call up may be all we get from Hader this season, and we may see him get replaced on the ol' report card soon.

Michael Kopech, Chicago White Sox. Just another day at the office for Michael Kopech this week in Double-A. Seven innings pitched, one earned run and eight strikeouts. Let's see this guy in Triple-A!