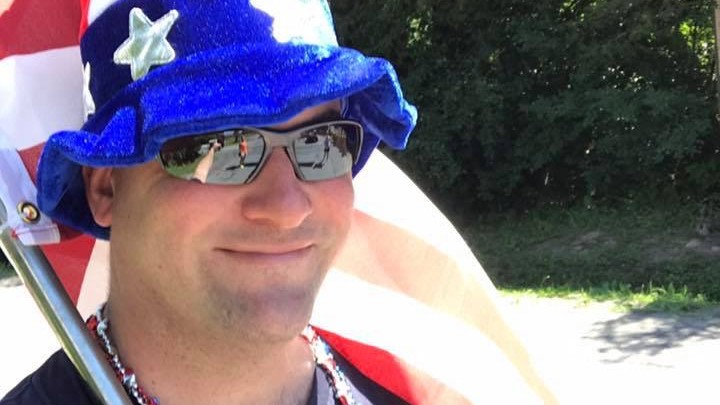 Happy 4th of July!!! We at Fighting Chance Fantasy would like to wish all of you a very happy Independence Day, and to show you how much you mean to us, Fighting Chance partner, Ryan Hallam, donned the Apollo Creed hat and flag, and marched in a parade today. All for you, our passionate fans!

Anways, while we may have had some time off, the MLB prospects were hard at work, trying to prove to their Major League organizations that they need to be promoted to the Big Leagues. Did they prove worthy? Find out right here!

Yoan Moncada, 2B Chicago White Sox. Yoan Moncada may be the highest rated prospect in the White Sox organization, but he hasn't played like it in recent weeks. This past week, Moncada only hit .217, with one home run and one stolen base. He added six strikeouts, which honestly, isn't that bad for him, but with the White Sox in no immediate need to add him to their roster, I think it's at least August before we see Moncada in Chicago.

Ozzie Albies was showing off that smile a lot last week.

Ozzie Albies, 2B Atlanta Braves. Even though Brandon Phillips is playing well at second base for the Braves, Ozzie Albies is making a very strong case that he could be an asset in Atlanta as well. In Week 13, we saw Albies go 13 for 33 (.394), with two home runs, eight RBIs, five runs, and even steal two bases. After an extremely slow start to the season, Albies is on fire for the Gwinnett Braves and making a case that the Braves need to think long and hard about adding him to their MLB roster.

Amed Rosario, SS NY Mets. Here's the deal. I think all it will take for us to see Amed Rosario in New York, and playing for the Mets, is 14 more injuries. If you couldn't detect it, that last sentence was written with a lot of snark embedded in it. The Mets are becoming a laughing stock in MLB, and Rosario could be a nice first step in rebuilding their damaged reputation. This past week, Rosario went nine for 27 (.333), scored six times and stole a base. Hopefully we see him punch his golden ticket to New York soon.

Rhys Hoskins, 1B Philadelphia Phillies. Future, Phillies first baseman, Rhys Hoskins was a very busy boy this past week, as he appeared in seven games in seven days for the Triple-A, Lehigh Valley IronPigs. Man, I love that team name! Anyways, Hoskins only mustered six hits in his 26 at bats (.231), but two of those did leave the ballpark via home run. The homers only resulted in three runs batted in and five runs, so while it wasn't one of his best weeks, it wasn't a complete wash either.

Brent Honeywell, Tampa Bay Rays. Brent Honeywell looks to be getting his feel for the strikeout back, as he has now struck out at least seven batters in five of his last six appearances. This week he struck out seven in five innings of work, but he also was hit eight times, walked three and gave up three earned runs. Not a horrible performance, but he needs to keep opposing hitters' butts on the bench, instead of on base, if he wants to take that next step forward. 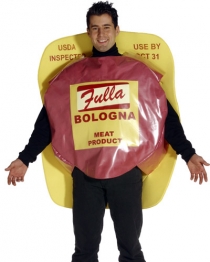 I'm having fits trying to predict what we will see from Lucas Giolito.

Lucas Giolito,Chicago White Sox. Lucas Giolito took the mound twice last week, and we got to see more of the streaky performances that we have come to expect from him. He was good in his first trip to the hill, as he lasted seven innings, giving up three runs while striking out seven. However, he got shellacked on Sunday when he surrendered seven runs on nine hits in less than four innings. This dude is an enigma wrapped in a slice of bologna.

Michael Kopech, Chicago White Sox. It looks as through there's a chance that Michael Kopech may have lost his "mojo". Known for striking batters out at a very high rate, Kopech has only mustered three K's in three of his last four contests. This past week, he only lasted three innings, and gave up four earned runs and three walks, to go with his three strikeouts. With the Futures game set to go on July 9th, let's hope he can find his mojo there among all the other talented future stars of Major League Baseball.