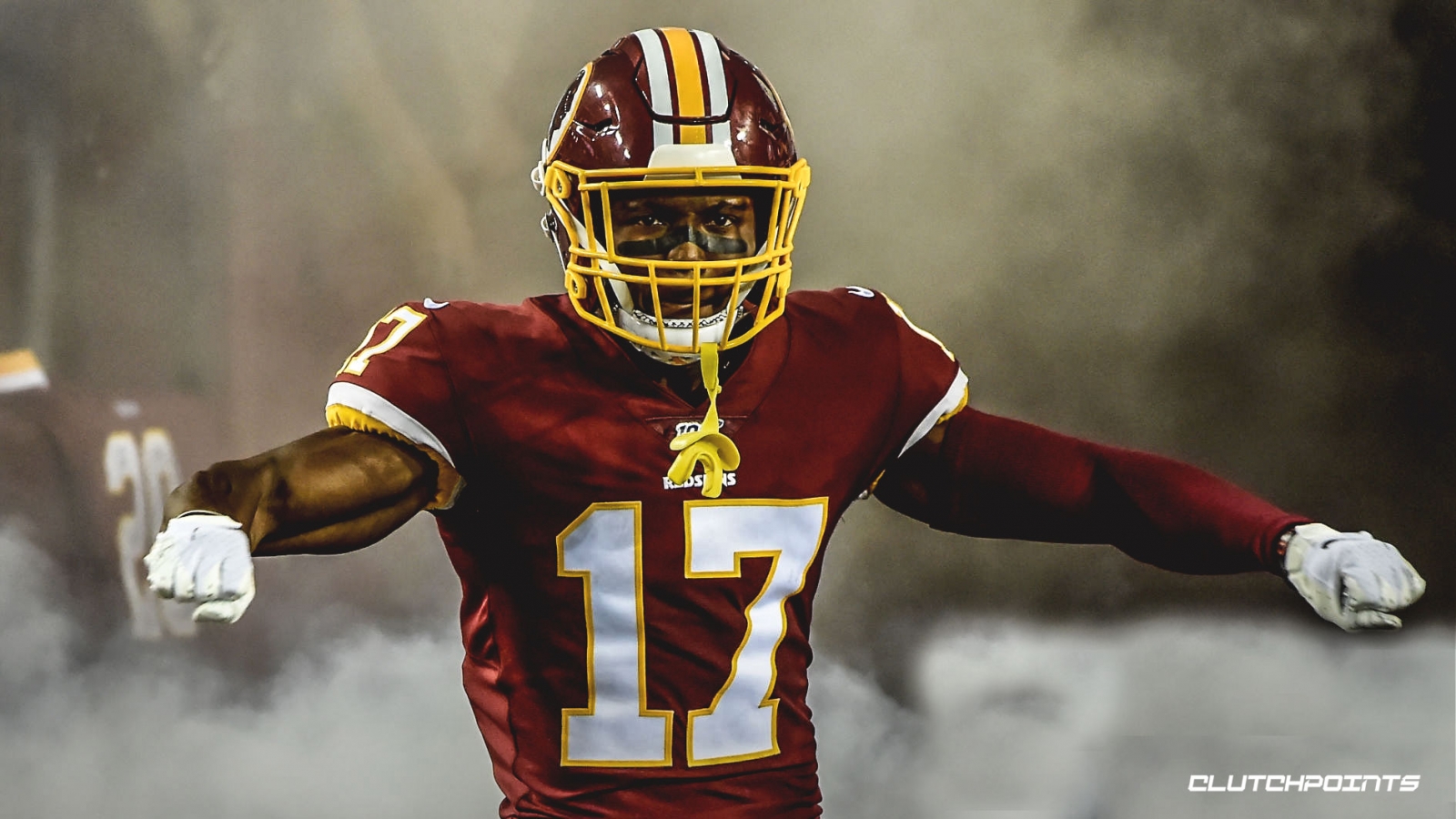 NFL Best Ball 2020: Two Players to Target from Each Position

If you’re a DFS degenerate like me - chances are you’ve already thrown some darts in Best Ball drafts, no matter what site you use.

After diving into some Best Ball drafts recently, there’s been a few players that keep jumping out to me as values and usually ending up on my rosters.

I’ve highlighted 2 players from each position that I think you can find value in if you are drafting in Best Balls right now. Let’s dive in and have some fun, starting with quarterbacks and we’ll work through the skill positions.

Coming off a solid season in which he played 16 games, threw for over 4,000 yards and 27 touchdowns, I expect big things out of the North Dakotan, God-fearing stud in his fifth year. 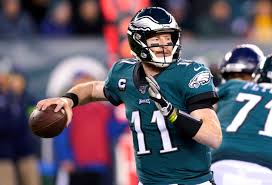 Carson Wentz has the weapons around him to have a fantastic season.

I am not in the camp that claims Wentz to be injury-prone. I think he’s an incredibly competitive playmaker that has endured bad injury luck but proved last year that he’s learned how to make it through a full season grind.

The Eagles already bolstered the league’s best tight end duo and rising star Miles Sanders when they invested a first round pick in wide receiver, Jalen Reagor. The rookie will immediately add some serious speed to the Eagles’ receiver group and should make life easier for Wentz.

I’m drafting Wentz with confidence around the ninth round, which fits the sweet spot of my best ball strategy of letting early quarterbacks slide and picking up my QB1 between rounds 9 – 12.

Draft Wentz with confidence, especially when he slides to double-digit rounds.

As a friend of mine once said, Daniel Jones looks like an actor cast to play Eli Manning in a documentary. Well, he’s not wrong. Looks aside, Jones had a strong campaign last year after snatching the keys to the company car from Manning.

He showed the ability to produce rushing stats and big fantasy scoring performances, logging 28+ fantasy points in 4 out of 12 games as a starter. That’s exactly the type of spike production we’re looking for in Best Ball formats.

Of the 15 top three quarterbacks in the previous five seasons, all of them have had at least three rushing touchdowns and/or at least 265 yards rushing. In only 12 starts, Jones compiled 279 rushing yards and a pair of rushing touchdowns.

Jones fits the athletic profile to hit those rushing marks - not to mention that he has quite the solid supporting cast around him. I don’t necessarily love the Giants' skill players aside from Saquon Barkley, but they do have a complementary mix of proven veterans like Golden Tate, Sterling Shepherd, and promising young play-makers in Darius Slayton and Evan Engram.

Expect a few huge fantasy performances from Jones this upcoming season - I can already see Saquon taking 80-yard screen passes to the crib.

Drafted in the third round out of Ohio State, F1 turned heads in a hurry last season and showed he truly belonged on the NFL stage.

McLaurin also showed impressive consistency with a rookie quarterback, recording at least 50 receiving yards in 10 out of 14 games. To earn a nationally recognized nickname your rookie year as a third round pick, you have to be a freaking stud.

McLaurin is the undeniable number one receiving option on a team almost certain to be trailing the majority of their games (sorry ‘skins fans). In Best Ball drafts, I prefer snagging an elite running back and tight end early on and hammering upside, target-hog wide receivers during the middle rounds like McLaurin.

I believe in McLaurin’s talent and think his rapport with Dwayne Haskins will only improve in their second year. He proved capable of holding his own against elite cornerbacks as a rookie and I’ll be drafting McLaurin aggressively in the fifth or sixth rounds of all fantasy formats. The ceiling is the roof for this kid.

Before missing extended time last season due to a hamstring injury suffered on an incredible, toe-drag touchdown catch, the Minnesota-State of Mankato product made 39 consecutive starts and cemented his durability in the NFL.

The Vikings selected Justin Jefferson out of LSU with the 22nd pick in the 2020 NFL Draft. I believe in Jefferson's talent but the limited offseason is going to be rough on rookies trying to learn new offensive systems.

I think the entire COVID-19 situation may inhibit rookie production this season and wide receivers adjusting to the nuances of running routes in the NFL will not be excluded.

This upcoming season, the 2-time Pro Bowler will be the undeniable number one receiving option on his team and is exactly the type of proven, productive WR I’m looking for in the middle rounds of Best Ball drafts.

After joining an increasingly run-heavy New Orleans Saints team in 2019, Latavius Murray produced a solid season and established himself as a valuable contributor to the Saint’s juggernaut offense. 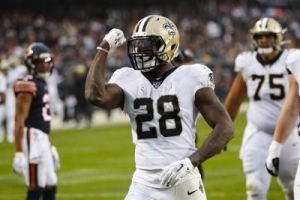 While he may not be the flashiest pick, Latavius Murray has all the makings of a Best Ball asset.

Murray rushed for 4.4 yards per carry (YPC) on 146 carries last season, his highest mark since his rookie year with the Raiders in 2014. Murray showed an adequate presence in the receiving game and a knack for scoring touchdowns.

In his first season with the Saints, he finished with nearly 190 opportunities - 146 rushes, 43 targets, and 6 touchdowns - accumulating 872 yards of production. Murray also had 14 rushes inside the 10-yard line, proving that he’s a candidate for valuable touches near the goal line.

If Kamara were to miss any time, Murray proved plenty capable of filling the valuable RB1 role for the Saints. In weeks seven and eight last season, Murray went nuclear - piling up 48 rushes, 14 catches, 307 scrimmage yards plus four touchdowns.

As 41-year-old Drew Brees enters his 20th NFL season, it’s clear that the Saints will rely heavily on their 1-2 rushing punch of Kamara and Murray throughout the season.

Piecing together Murray’s decent presence in the Saints’ passing game, his nose for the paint, and his elite hand-cuff potential, I’m drafting Murray with total confidence as an RB3/4 in the later rounds of Best Ball drafts.

After serving his eight-game suspension last season, Kareem Hunt reminded us why he was the NFL rushing leader as a rookie in 2017. As expected, he re-established himself as an elusive, powerful back with dependable receiving chops.

Hunt quickly took over the bulk of receiving back duties - compiling 44 targets and 37 catches in eight games. He averaged ten touches, 58 yards and 0.4 touchdowns per game. He also chipped in three touchdowns - two on the ground and one receiving.

In PPR formats, Hunt even outscored Nick Chubb in six out of the final eight games. Plus, if Nick Chubb misses any time, Hunt instantly becomes a top ten fantasy running back. He strikes a beautiful balance as a steady contributor with elite upside.

As an uber-talented player with consistent production and immense upside, Hunt makes for a rock-solid RB3/4 in the middle rounds of drafts.

Continuing Iowa’s tradition of producing corn-fed beasts at the tight end position, Noah Fant showed us exactly why the Broncos drafted him 20th overall in the first round of last year’s draft.

Fant officially stamped his mark on the NFL in Week 9 against the Cleveland Browns - snagging a pass on a ten-yard drag route, quickly shedding three Cleveland defenders and busting it down the sideline for a 75-yard score - an explosive play that only a handful of tight ends in the NFL are capable of.

Fant played in all 16 games last season, finishing with 40 catches, 562 yards, and three touchdowns. I believe in the growing rapport between Lock and Fant and would not be surprised at all if Fant jumps into the elite tier of NFL tight ends next season.

One of the biggest concerns about Fant coming out of the NFL draft was his somewhat troubling 14% drop rate throughout his career at Iowa, but he showed quite a stark improvement during his rookie campaign with a 7.6% drop rate.

The Broncos have certainly found a stallion in Fant. His knack for explosive plays and elite run after the catch ability makes him a very intriguing option as a TE2/3 in the late rounds of drafts.

After being a ghost behind Olsen and not recording a single catch for the Panther’s first ten games of last year, Thomas established himself in the Panther’s offense the last six weeks - accumulating 25 targets, 15 catches, 132 yards, and a score.

At this point in fantasy drafts, if you still need to round out your tight end position, you should focus on players that you know will be on the field, running routes and accumulating targets.

Thomas should slide in as the starting tight end next season and is paired with a quarterback notorious for making his career on short to intermediate routes. I have been targeting Thomas quite a bit as a TE3 in Best Ball drafts and I think he should pay off value at where he’s currently being drafted.