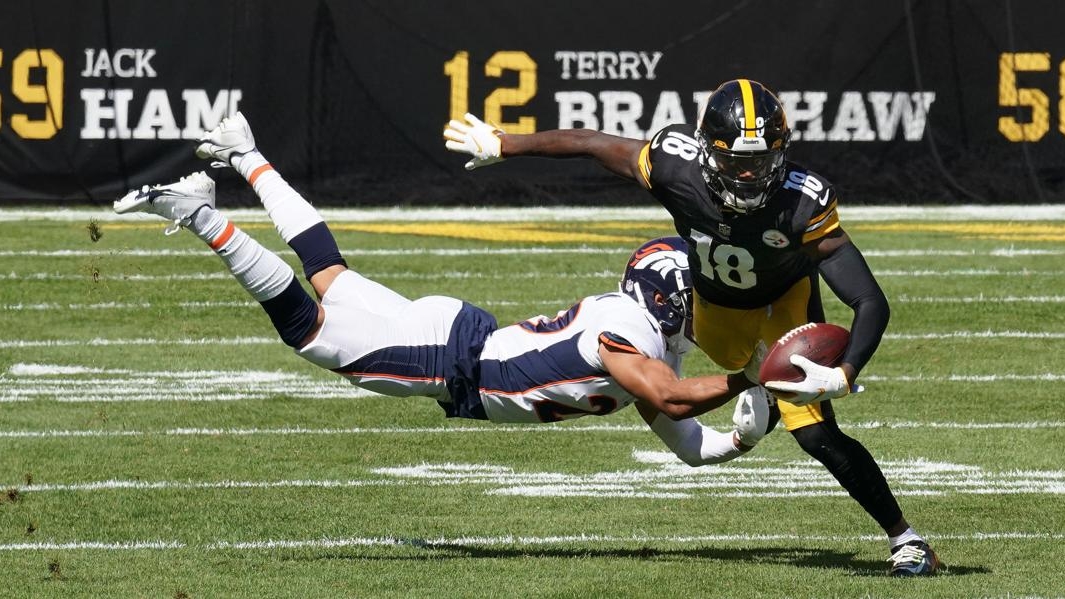 Hey everybody! We've made it to week 3 and Dan and I are back to give you our favorite DFS picks for Week 3.

Let's get to some player picks!

Wilson is the MVP front-runner through two weeks and has piled up 610 passing yards, nine touchdowns and 68 rushing yards. This game has the highest total on the slate at 57. Stack him up with D.K. Metcalf and/or Tyler Lockett and watch the fantasy points pile up.

Kyler has a fantastic home matchup against a decimated Detroit defense and offers elite rushing upside. Through the first two weeks he's rushed 21 times for 158 yards and three touchdowns. That's solid RB2 numbers built into his arsenal, earning him a spot as a core cash play for the second consecutive week.

Stafford should get his number one receiver in Kenny Golloday back this week, restoring his talented trio of pass catchers along with Marvin Jones and T.J. Hockenson. This game could blow up in terms of points scored with a projected total of 55.5, the second highest on the entire slate. 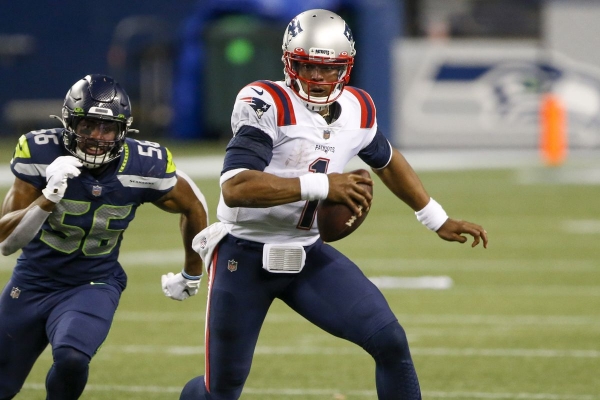 Similar to Kyler Murray, Cam has been racking up production on the ground with four rushing touchdowns through the first two weeks. He threw for 397 yards against the Seahawks last week and helped Julian Edelman set a new career high in receiving yards with 179. He gets a nice home matchup following a loss, which is a good omen for Bill Belichick's Patriots.

Wentz has truly struggled through the first two weeks but could be in a very nice bounce-back spot with a home game against a hapless Cincinnati defense. Miles Sanders return added another potent receiving threat to the Eagles' offense that already boasts the league's best tight end duo.

The Atlanta Falcons have allowed the fantasy QB1 in both weeks to start the season - with Russell Wilson and Dak Prescott both torching them. Trubisky isn't on Dak or Russ' level, but he is in a great spot this week and should produce enough to pay off his cheap price-tag. 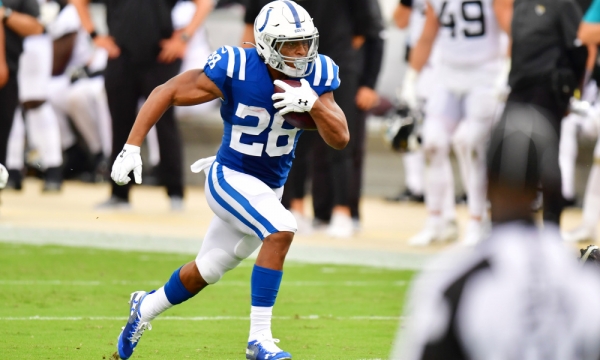 Taylor comes in off a workload of 26 carries and 2 targets last week, a slight drop in passing targets from Week 1.  However, as this season plays out, I expect his average number of targets to be a higher number than two.  This week he gets a positive game script at home versus a Jets defense I expect Indy to wear out and at least somewhat easily defeat. Also his share in the backfield thus far has been hovering around the 70% mark in carry share in the Indy backfield.  I see far too many roads to success with Taylor this week.

I'd be lying if I said that the Bengals were not going to be a team I pick on with regularity this season as they sit 25th defensively against the run through two weeks of this young season. When we couple this with a projection of roughly 20 carries and five passing targets at $6.4k, we have a core play for cash this week with Miles Sanders.

Drake comes in as a DraftKings value at 6K and checks a couple of key boxes as a home-favorite getting 20+ touches against a terrible Detroit defense. Kyler Murray has three rushing touchdowns on the young season compared to Drake's one, but there's a good chance those totals will be closer to equal after this weekend.

Ekeler is in really good spot against a Panther's Defense that's allowed a league-most 33 rushing touchdowns since the beginning of last season. Joshua Kelley has emerged in this offense but Ekeler is nearly a lock for 20+ touches and should be low-owned in DFS tournaments.

Say what you want about MG3, but he's been heavily involved in the Denver offense since Drew Lock, Courtland Sutton, and Philip Lindsay all went down. The Buc's are stout against the run, but we just saw Melvin rack up 84 scrimmage yards and a touchdown in Pittsburgh last week. With a price-tag under 6K, he should see close to 20 carries, a handful of targets and all of the goal-line work.

Kelley has really impressed through two weeks and out-touched Austin Ekeler 20-25 last week. He's an aggressive, elusive runner that gets the yardage blocked for him. Through the first two games, Kelley has six out of the seven running back carries inside the five-yard line.

If you were to tell me before the season that we would see Diontae become moreso the true number one wideout in Pittsburgh, I would probably have doubted it somewhat but here we are after two weeks with him getting the lion's share of targets from Ben(23 targets through first two weeks). The Texans are allowing nearly 80% completion rate to WR's so far this season as well.  Though he is a cash core play, his upside is also there, making him a nice play in any format this week.

Lockett has a great connection with Russell Wilson and that's really as simple as it gets for me here. Russ is playing the quarterback position at an insane level l and I'll certainly have tons of shares of both Lockett and D.K. Metcalf this week. This game could very well shoot out and the wide receivers could benefit from the game environment.

Allen has racked up nine targets in back to back games and gets a solid matchup against an Atlanta defense that has recently been torched by the Seahawks and the Cowboys. Trubisky will continue to look for him early and often and A-Rob has the matchup to have his first breakout game of the 2020 season. 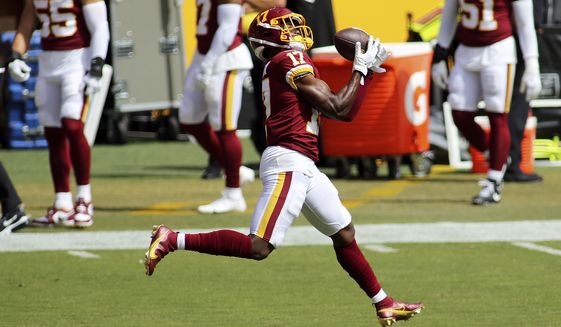 Terry McLaurin warms up prior to a game vs. the Philadelphia Eagles. (Photo credit: Daniel Kucin Jr.)

McLaurin's price-tag continues to hang under 6K and as long as it does, he'll be one of my favorite GPP wide receivers week in and week out. Last week McLaurin torched the Cardinals secondary for seven catches, 125 yards and a touchdown on ten targets. This kid is so talented he's going to produce on double-digit targets more weeks than not.

Slayton has stepped up as Daniel Jones' number one wide receiver and the Giants will be without Saquon Barkley and Sterling Shepherd for the foreseeable future. His role in this offense plus a price-tag under 5K make him a solid value play.

Pittman has a chance to emerge as the number one wide receiver in this offense with Parris Campbell being placed on IR and T.Y. Hilton not reaching the 100-yard receiving mark in 13 consecutive games. The talented rookie has seen his target share increase from Week 1 to Week 2 and I expect that trend to continue this week against a beatable Jets defense.

Ertz has made a habit of scoring touchdowns and having his best games in Philadelphia. Wentz and the Eagles are in a prime bounce-back spot against a Cincinnati defense that just allowed 35 points to the Browns. Ertz may remind us all why he's the true number 1 receiving option in this offense with a big game this week. 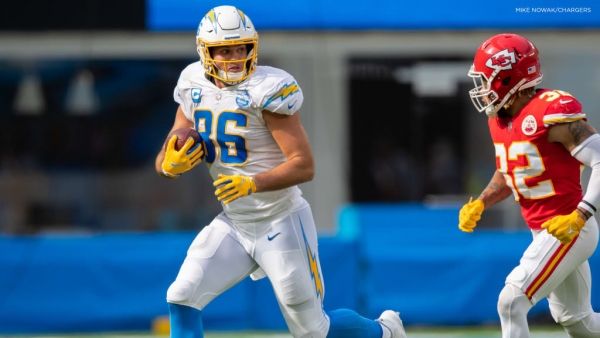 Henry's role and target share are simply too good for his price. He's received eight targets and went over 70 receiving yards in back to back games. Justin Herbert had no problems connecting with Henry in his NFL debut last week and Henry looked like he has his juice back only a year removed from an ACL injury.

Schultz had a great game last week in place of injured Blake Jarwin, collected nine catches on ten targets for 88 yards and a touchdown. It was clear Dak feels comfortable throwing to him and he's a cheap piece in a high-total game.

With key offensive players out for the Broncos, Fant has emerged as a primary target on this team. He's scored a touchdown in back to back games and has elite run after the catch ability that makes him a great tournament play most weeks.

Logan Thomas has an elite combination of low price-point and a high target share on his team - compiling 17 targets through the first two weeks. He makes a lot of sense if you want to pay down at tight end this week.

Alie-Cox was impressive with Jack Doyle out last week, leading the team with 111 receiving yards on five grabs and six targets. Doyle has a shot to return in Week 3 but Alie-Cox's production last week should earn him a role in the offense moving forward.

Best of luck this weekend everybody!