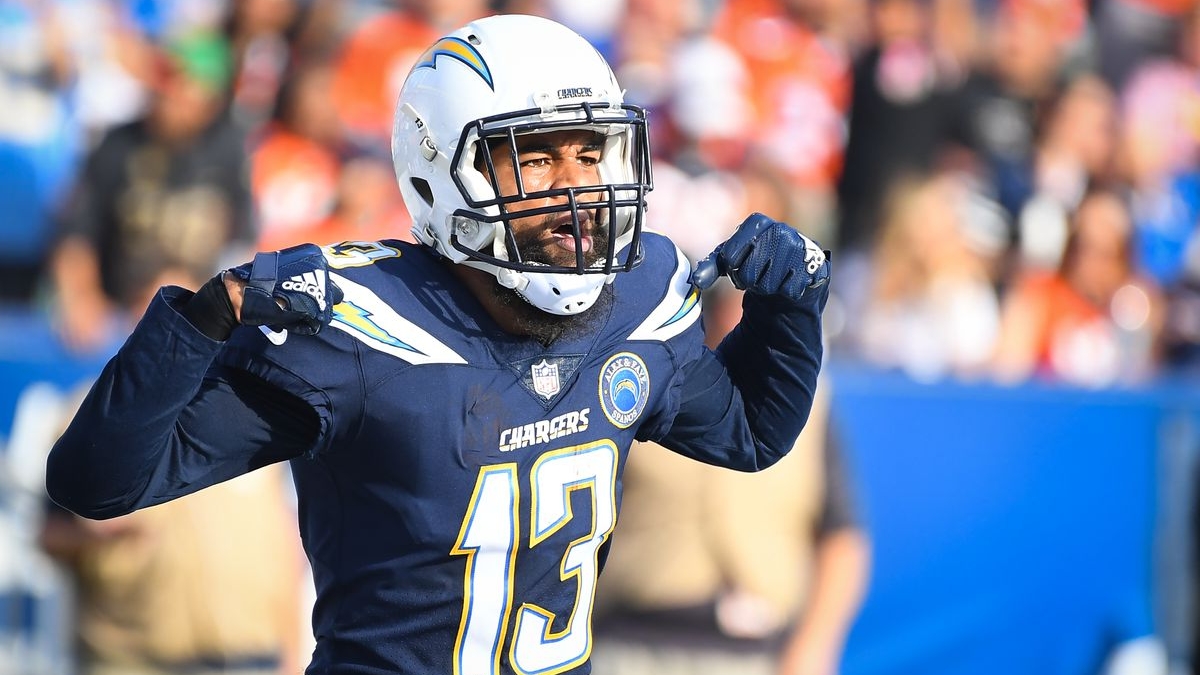 What's up everybody! I can't believe that we've already made it to Week 8 of the NFL season. I remember in the summer wondering if the season would actually happen - but here we are in Week 8 and the NFL train has no intention of slowing down.

I've done hours of studying for this weekend's slate and I'm really excited to share my favorite player picks and GPP game stacks with you guys.

Let's get to some picks. We'll start with quarterbacks and work our way through the skill positions.

The Seahawks running back group is completely banged up, with Chris Carson, Carlos Hyde, and Travis Homer all uncertain to suit up this Sunday. The Seattle offense might rely on Russ and the passing game more than usual, and the current MVP-favorite should be up for the task.

Allen comes in as the fifth-highest priced quarterback on DraftKings and looks like a strong value. The New England defense has taken a significant step back since last season and Stephon Gillmore is not 100%. Allen’s rushing ability gives him a high-floor in cash games and he’s also shown big-game upside, scoring 30+ DraftKings points in three out of seven games.

Herbert has been on a tear since becoming the starting quarterback for the Chargers and there’s no reason to doubt him now. The matchup in Denver may suppress his ownership a bit, making him an even better play in tournaments. I’ll be stacking Herbert with Keenan Allen again this week and likely running it back with Melvin Gordon. 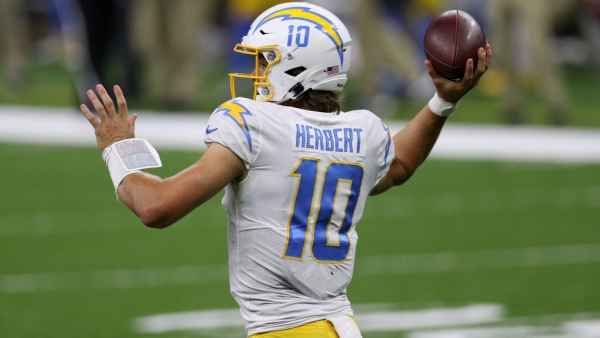 Ryan Tannehill has been one of the most efficient passers in the league for the better part of two season and the Titans offense is running plays at an elite pace. With Derrick Henry expected to be one of the higher owned players on the slate, a Tannehill / A.J. Brown stack may prove to be a nice leverage play.

Burrow leads the NFL in passing drop-backs and has thrown for over 300 yards in five of the past six games. He has three legit wide receivers in Tyler Boyd, Tee Higgins, and A.J. Green. With Joe Mixon out another week with a foot injury, the Bengals offense will again rely heavily on Burrow to make plays throughout the game. He’s also got the rushing upside we love in DFS. 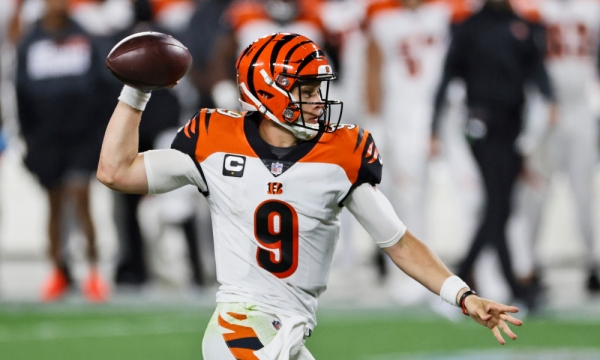 Jimmy G comes is dirt cheap this week and is facing a Seattle secondary that we’ve seen get torched consistently this season. We’ve seen what George Kittle and the 49ers wide receivers can do after the catch, boosting Garoppolo’s fantasy outlook. The bottom-line with Jimmy G is that he’s cheap and should be able to claw his way to 18-25 DraftKings points behind the Kyle Shanahan coordinated offense.

Hunt is in a premium spot against a Raiders’ defense that has allowed the most fantasy points to opposing running backs in the entire league. He’s averaged 21 touches over the past three games, is heavily involved in the passing game and is the main goal-line back. Hunt makes a lot of sense in cash games with a safe role and a price tag under $7,000 on DraftKings.

Aaron Jones has been declared out for the second consecutive week with a calf injury and Jamaal should get a bunch of touches in the NFL's highest scoring offense. It’s expected to be cold and very windy in Green Bay this week, so the Pack may lean on the run a bit more than usual. Last week with Jones out, Williams put up 114 scrimmage yards on 23 touches and a rushing score at the goal-line.

The Colts are coming off a bye and face a Lions’ defense that’s been vulnerable on the ground. This maybe the best matchup that Taylor has had all year, and he has a great chance to see his role increase as the season wears on. Teams have historically increased opportunities for rookie skill players following a bye week, and Taylor certainly has room to grow upon his 14 carries per game. Look for Taylor to come in strong for the Colts after the bye and receive close to twenty touches this week. 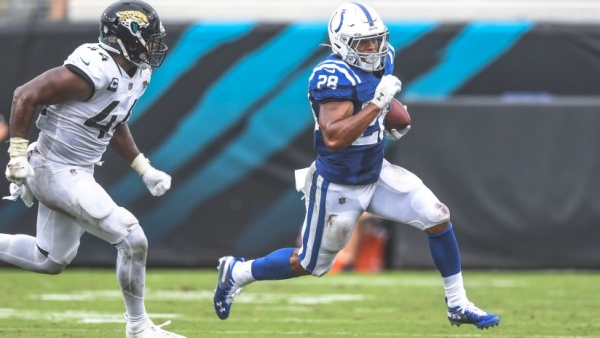 Jonathan Taylor makes a rush attempt against the Jacksonville Jaguars in Week 1 of the 2020 NFL season. (Photo credit: Andrew Walker)

Jacobs is coming off a miserable performance last week and should be under the radar this week. The Browns have struggled to stop the run all year and Jacobs looks like he's in a prime bounce-back spot this week. Jacobs has averaged 22 touches and 86 scrimmage yards per game this season. He has a great chance to produce big numbers against Cleveland this week.

Gordon gets his first crack at his former team this week and it looks like Philip Lindsey may be inactive with a concussion. Without Lindsey in the Denver offense, we’ve seen Gordon go over 20 touches multiple times and act as the team’s primary receiving and goal-line back. Gordon makes a lot of sense in cash games this week due to his cheap price-tag and expected volume. 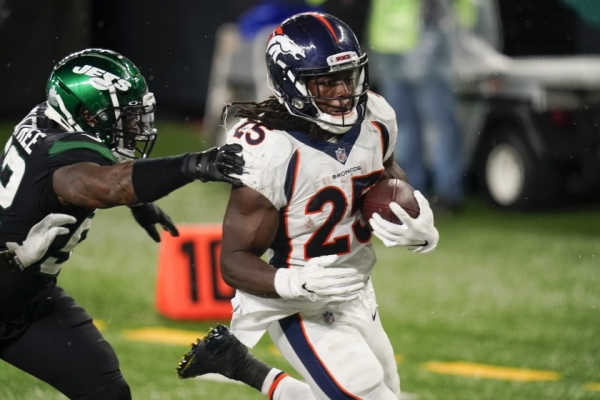 Bernard piled up 18 touches and found the endzone late in the game against Cleveland last week. Joe Mixon has been declared out once again, leaving Bernard as Cincinnati’s starting running back. Bernard is at home with a good matchup and a cheap price-tag. He’ll be pretty popular so we’re staying away in tournaments, but his secure role in this offense and presence in the passing game make him a strong option in cash games.

Allen continues to ball out with Justin Herbert under center and he remains criminally under-priced on DraftKings. In his past four full games played with Herbert, Allen has averaged 13 targets, nine catches, and 105 receiving yards per game. The Herbert / Allen connection has shown no sign of slowing down heading into Week 8 against Denver.

Deebo Samuel is expected to miss a couple of weeks with a hamstring injury, likely hoisting Aiyuk as San Francisco’s number one receiving option outside of George Kittle. The rookie has tremendous run after-the-catch ability and is coming in hot off a six catch, 115 yard performance against New England last week. He’s likely to be one of the higher-owned wide receivers in cash games this week - just keep that in mind.

High winds are expected in Green Bay this weekend but I’m willing to take a shot on Jefferson in tournaments. He’s becoming a premier receiver in the NFL and has established himself as the 1B alongside Adam Thielen in the Minnesota offense. He has multiple games over 150 receiving yards this season and will benefit if Jaire Alexander spends most of the day covering Thielen. I love Jefferson as a correlation play with Davante Adams or Jamaal Williams in tournaments this week. 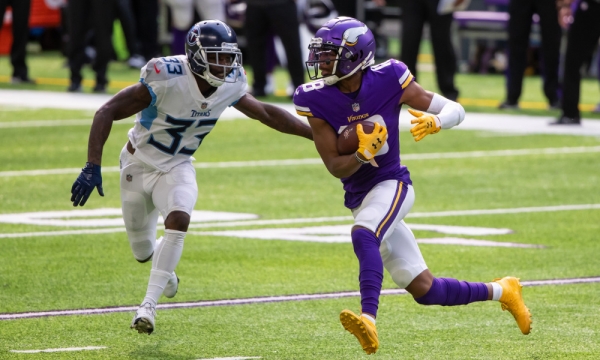 Kenny G has been a true difference-maker in the Detroit offense since returning from injury a few weeks ago. He hasn’t been a high-volume target for Matthew Stafford, but Golloday always has the potential for a 100+ yard, two-touchdown performance. He’s coming off back-to-back 100 yard receiving outings and looks primed for another big game at home against Indianapolis.

The talented rookie out of Baylor made his season-debut last week and caught four passes for 42 yards on seven targets. He led the team in receiving yards and was tied for the team lead in targets. Breshad Perriman and Jamison Crowder have been ruled out - leaving plenty of opportunity for Mims against the Chiefs this week. The Jets are surely to be in catch-up mode for four quarters, The kid is big and talented too - easily my favorite wide receiver to play on DraftKings under $4,000.

With Julian Edelman declared out after a recent knee surgery, Byrd has a chance to see his role increase in the New England offense. He’s averaged more than five targets per game in the past five contests and even pulled in ten targets from Cam just three weeks ago. He makes some sense as a cheap, tournament dart-throw.

Waller has established himself as a premier receiving tight end over the past two seasons and has seen his red-zone role increase in the Raiders’ offense. Through six games this season, he’s averaged nearly seven catches, nine targets and 58 receiving yards per game. He’s an elite option at the tight end position this week. 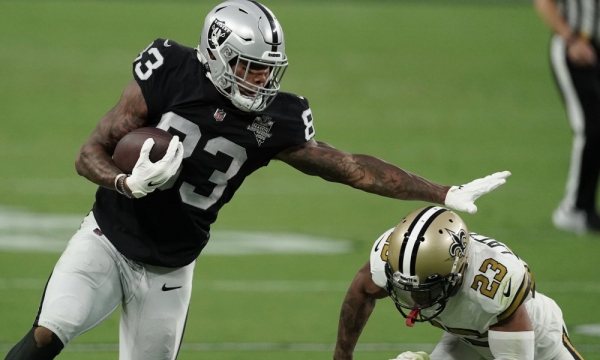 Kittle looks to be in a smash spot against a Seattle secondary that has been destroyed by opposing receivers this season. He’s carrying a hefty price-tag at 7K, but he looks poised for another signature blow-up game. In five games this season, Kittle has averaged nine targets, seven catches, and 87 receiving yards per game.

Smith appears to be fully recovered from an ankle injury suffered a few weeks ago and is locked in as a primary receiving option in the Tennessee offense. He’s had a couple of dud performances in the last two weeks, but Smith is in a great bounce back spot against a weak defense with a high projected game total. This is the cheapest he’s been on DraftKings since Week 1 of the 2020 season.

Kelce is coming off a quiet, three catch, 31-yard performance last week and seems to be going under the radar this week. While it’s likely that Patrick Mahomes, Kelce and the Chiefs’ offensive starters aren’t playing much in the fourth quarter due to a big lead, Mahomes still has the ability to pour in four or five passing touchdowns in a single half. Kelce makes a lot of sense as a pay-up, contrarian GPP option this week.

Everett got into the endzone last week and benefited significantly from Tyler Higbee’s absence stemming from a hand injury. At his price point, and if Higbee misses this game, Everett looks like one of the strongest values at the position on the slate. The Dolphins have excellent corners on the outside in Xavien Howard and Byron Jones, which may force Jared Goff to look for Everett down the middle early and often.

Albert O is a really interesting option at tight end this week. The fourth round rookie came onto the scene in Week 6, and has since piled up nine catches for 105 yards on 13 targets in the last two games. Noah Fant should be active, but he was hobbling around the field throughout the game last week - an indication that he’s not 100%. The Chargers has been vulnerable to the tight ends, allowing four scores to the position on the year.

Best of luck this week everybody! Thanks for reading - I really appreciate it!