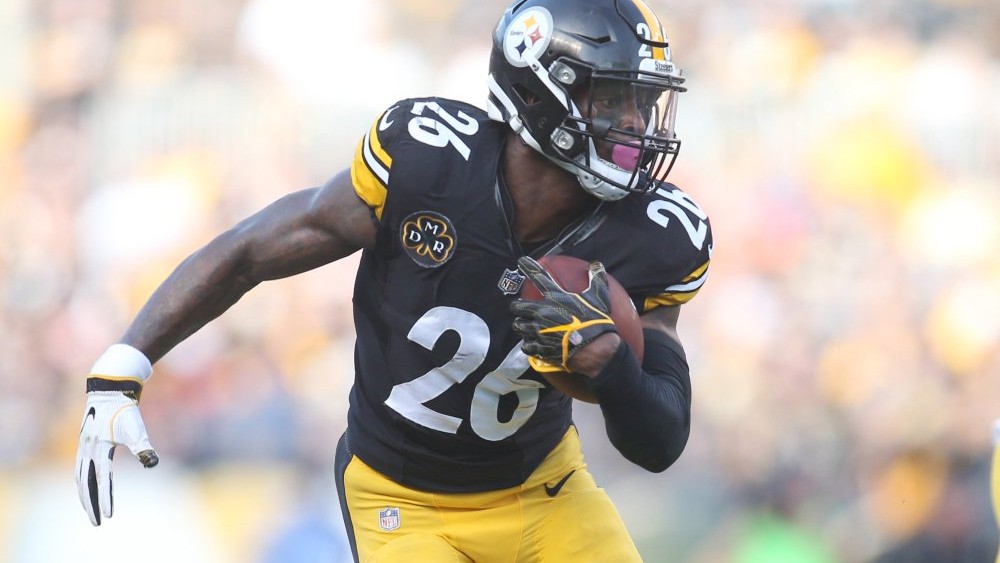 NFL Free Agency/Trades: Where Do the RB's Stand?

There are still some running back free agents that can have some lasting relevancy throughout the coming weeks and into the 2019 NFL season for fantasy football, but the main players in this free agency and trading period have for the most part set their new destinations and new roles going forward. Those players will be profiled here and I will give you my takeaway on their fantasy futures. Don't forget to follow me on Twitter @ktompkinsii! Without further adieu... 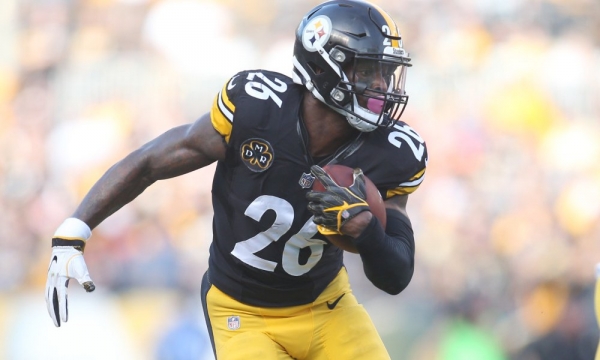 With Le'Veon Bell FINALLY on a new team, we can finally stop this multi-year odyssey involving Bell and Pittsburgh. It was time to move on, and Bell certainly did, heading to the Jets and signing a 4 year deal making him the 2nd highest paid running back in the league. The volume for Bell will most certainly be there, but with very heavy usage earlier in his career in the Steel City, his stock may tumble a bit from year 1 and onwards. He doesn't have to worry about fellow backs Elijah McGuire and Trenton Cannon eating into his workload, and Isaiah Crowell was released to accommodate the newly-signed Bell.

275 carries is a pretty conservative estimate for Bell in 2019, but to expect the same level of production in his new destination as he was in Pittsburgh is a bit foolish. The offensive line for the Jets is certainly an issue, though the addition of G Kelechi Osemele certainly helps their cause. This is something Bell will have to get used to, as while in Pittsburgh had a top-8 run blocking unit in four of Bell's five seasons per Football Outsiders. As for the receiving game, Bell should enjoy something close to what Kenyan Drake received in terms of volume, which would equate to 15-17% of the total targets in the passing game, albeit still a low-volume facet of the Jets offensive attack.

Given his averages throughout his career and accounting for his layoff, a base line of roughly 1100 yards rushing, 500 yards receiving,  and 7-8 scores is a pretty solid area to project, with 65-70 receptions. That would be in the ballpark of 275 PPR points, which would put him in the realm of backs like James White and Melvin Gordon, who finished RB7 and RB8 respectively. At this current time, Bell is being drafted between RB8-RB10 in most PPR leagues, so a lot of this matches up to where he should fall in most drafts, which would cost you your 2nd round pick in the majority of leagues. Short term, he's still a quality buy, but heading to his age-27 season, we may have seen the best of Le'Veon Bell already. 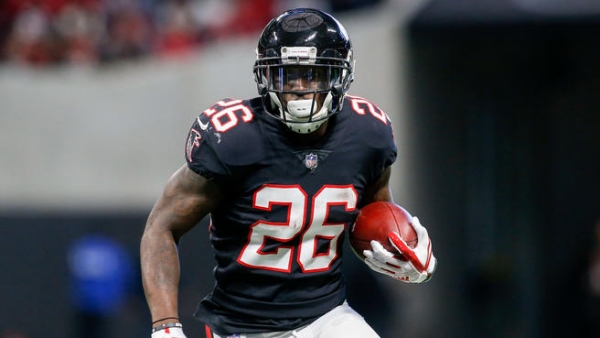 For Tevin Coleman, the move makes a ton of sense. It reunites him with Kyle Shanahan, the former Falcons' offensive coordinator now 49ers head coach. For fantasy, it further muddles the already murky waters of the San Francisco backfield, leading owners to essentially punt on the 49ers' options.

Coleman was solid for stretches in Atlanta last season while Devonta Freeman missed most of the 2018 season. Jerick McKinnon missed the entire 2018 campaign with an ACL tear in the preseason. Matt Breida was very good in stretches when he wasn't banged up (which was pretty rare). Where does San Francisco go from here?

They do have an out with Jerick McKinnon, as they have no further money owed to him if released. They could potentially jettison the former Viking with no financial constraints and roll with a backfield of Coleman, Brieda, and Raheem Mostert. They could just roll all three in a fantasy value killing timeshare, which would sap any ounce of value unless one of the 3 turns into Barry Sanders. None of these three backs from a physicality standpoint are really built for consistent early-down work, but Coleman would like get the first shot at the early downs. McKinnon would get the bulk of the passing game snaps and is the likely leader in passing targets of the triumvirate. Breida would likely get the "scraps".

Where does this put Coleman on fantasy radars? In a state of flux, honestly. To me, he'd be in a deep pool of back-end RB2 options for the middle rounds, you're not going to start him Week 1 barring injuries, but if he can carve out a bigger role, he can certainly move up from there.

In fantasy football, volume and opportunity are the most important factors to determine future success. Out of potential landing spots for Mark Ingram, Baltimore was certainly one of the best for him. He goes to a team that has no problem running the ball and may have to out of necessity. Ingram had a solid 2018 in 12 games, averaging 4.7 YPC and tallying 7 touchdowns. Ingram should be at the head of the pack in a group that includes not only Kenneth Dixon and Gus Edwards, but QB Lamar Jackson.

Ingram will turn 30 at the end of the 2019 season, but he is still running pretty efficiently, as he doesn't have a ton of mileage on his legs that you would think. Of the running backs being drafted around him, he's probably the head of that pack as well with the RB2 options. With the volume Ingram is likely to get, he should eclipse that projection and provide a good 6th round value in PPR leagues. 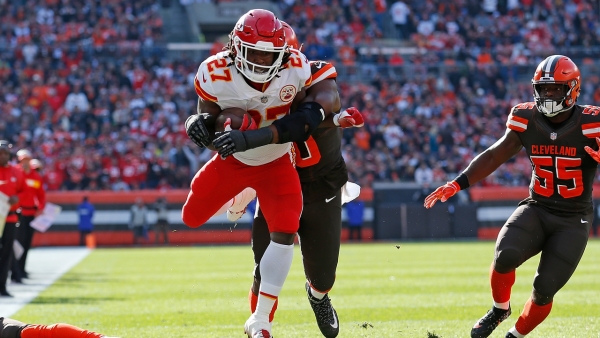 Kareem Hunt was suspended for the first 8 games of the 2018 season after violating the NFL's Personal Conduct Policy. He will be eligible to play starting in Week 9 for the Cleveland Browns, but we will see what kind of game shape he will be in for fantasy purposes. He has all the talent in the world on the field, but obviously, his off the field behavior dictated the midseason release from the Kansas City Chiefs. Hunt can be drafted as a bench hold in redraft leagues, as Nick Chubb is the starter for the Browns.

The best way to summarize the Bears' signing of Mike Davis is that him being on the field is not a dead giveaway of what the Bears do on offense. When Jordan Howard was on the field, you knew for the most part when a run was coming and on the flip side, Tarik Cohen and the pass. Davis adds that unpredictability to the Bears' offense. This likely spells the end of Howard's tenure in Chicago as he is a likely trade candidate this offseason.

Cohen is the Bears' running back you'll want in fantasy, that has never changed. Mike Davis will see some red zone carries but will be involved in the passing game at the outset of '19. He ranked just outside my top 40 running backs for 2019, but with an injury to Cohen, Davis' stock would go up considerably. Definitely worth a bench stash in redraft leagues.

Latavius Murray goes from a somewhat murky running back situation in Minnesota all things considered, to a beautiful one under the dome in New Orleans. While Murray is slated to be a backup to Alvin Kamara, Murray isn't a typical "backup" as he'll see more carries than a usual backup would, aka "The Mark Ingram role". Murray could be a legitimate RB2 in his own right as he could see 9-11 touches per game and have a good chance for a TD plunge. That sort of opportunity places him in the RB25-RB30 category when it comes to ranking the position.

That may be a bit of a lofty rankings for somebody that doesn't have the Saints' rushing job by himself, but that goes to show you how good the situation is there. The Saints have a top offensive line, the commitment to the run by Sean Payton, and a quarterback and top receiving target you absolutely have to account for. With Murray not having the job to himself, he could come at a bit of value heading into 2019 drafts. While he may not pull of the "Ingram" numbers we've seen in the past, Murray definitely has a ton of value. I'd be glad to take him in the 7th-8th round as it stands now and have a nice plug and play during bye or even better should anything happen to Kamara. 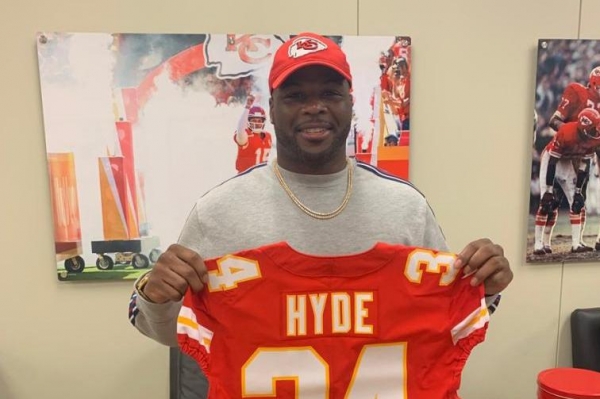 Carlos Hyde signed a single year pact with the Kansas City Chiefs a few weeks ago, providing a backup options to Damien Williams. It's certainly possible that Hyde could carve out a greater role with the team in his one year "show me" deal, but as it stands, Hyde is a dart throw in redraft leagues as he likely could be a touchdown vulture and a thorn in the side for Williams owners. He only averaged 3.3 YPC last season splitting time with Cleveland and Jacksonville, but is 2 seasons removed from just shy of a 1000 yard season and 4.6 YPC with San Francisco. We all know the capability of the Chiefs' offense to score seemingly at will, so Hyde could be an intriguing name to keep an eye on as training camp and preseason football approaches. 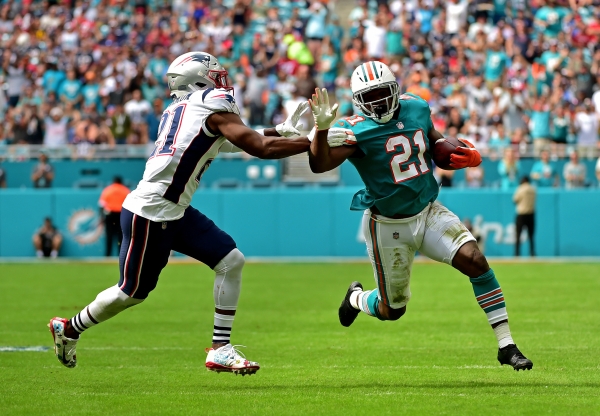 The ageless Frank Gore is still alive and kicking, heading to the NFL equivalent of "North of the Wall", the Buffalo Bills on a one year deal. He will likely compete for touches with workout buddy LeSean McCoy and Chris Ivory, forming an over 30's running back room in Orchard Park. For fantasy purposes, Gore shouldn't be considered in drafts, but could be a solid pickup in case the injury bug hits. He proved he still has some gas in the tank, averaging 4.6 YPC with 722 yards on the ground for Miami last season, with zero touchdowns to speak of. No, this isn't an episode of "Lost" but there are also plenty of quality running backs with destinations that are still up the air, including Isaiah Crowell, T.J. Yeldon (pictured), C.J. Anderson, Spencer Ware, Ty Montgomery, and the aforementioned Jordan Howard, who could be a trade target for teams. We will certainly see in the coming weeks where they end up and what their fantasy future hold.

Stay tuned as later on in the week, the NFL wide receivers and tight ends with new locales and destinations will be profiled!