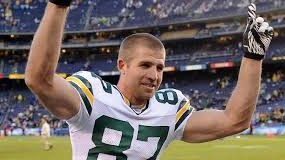 The Chiefs ruled the AFC West last year, and made a huge change with the move to Pat Mahomes at quarterback. They didn't do a whole lot of other moves, but are setup for another quality season. The Raiders made the major moves this offseason, not only with head coach Jon Gruden, but with numerous personnel moves as well. The Chargers are on the upswing, and the Broncos made a crack at solidifying their quarterback position. Who will help fantasy players in the AFC West? Well here are a look at some new faces in the division.

Jordy Nelson, WR, Oakland Raiders. After back to back 97+ catch seasons, Nelson had become a first round fantasy pick. However, it wasn’t to be last year, and even when he returned from injury he wasn’t very good. Although, Aaron Rodgers was hurt soooooooooo. The Raiders let go of Michael Crabtree who has been very productive over the past couple years. Can Nelson be as good as Crabtree was? I do expect Derek Carr to be better than last season, and I think Nelson can catch 90 balls if all goes well. I don’t expect him to score double digit touchdowns though and should be looked at as a WR3 once draft season starts. Martavis Bryant looks to have a lot to smile about as he seems like a great fit for the Silver and Black of the Raiders if he can stay clean.

Martavis Bryant, WR, Oakland Raiders. Again, I expect the Raiders passing game to be better this season. There are pros and cons to the idea of Martavis Bryant coming into 2018.  The cons are that he is a malcontent (or at least was in Pittsburgh), and he is one more incident away from a lengthy, possible season ending suspension. He also has had the tendency to drop passes. On the plus side, he is a huge touchdown threat. He goes to a team that should throw a lot. And if Amari Cooper struggles again like he did last season, Bryant could be the number one deep threat on the team. Depending on where his ADP falls this year, Bryant could be a very nice piece to your fantasy squad.

Doug Martin, RB, Oakland Raiders. Martin is one of the more frustrating players in fantasy football. Just when he starts sucking enough that the fantasy football community gives up on him, he goes out and has an amazing season! Suspension cost him a chunk of last season, but injuries have also been an issue for him.  He goes to Oakland who still has Marshawn Lynch on the team, with DeAndre Washington and Jalen Richard as well. Lynch did get a roster bonus, so he isn’t going to get cut. However, he also wasn’t very effective last season. Martin has a chance to get some carries this season, but don’t expect it to be anywhere near 300 touches and he is more of a handcuff this year.

Case Keenum, QB, Denver Broncos. To call last year a career season for Case Keenum is the understatement of the year. Not only did he survive the whole season, but he was even fantasy relevant for most of it. He goes to Denver on a free agent deal, and the question is whether he can duplicate it again. I have my reservations, but he does solid receivers in veterans Demaryius Thomas and Emmanuel Sanders and they added second round pick Courtland Sutton. I wouldn’t want to use Keenum as my every week starting fantasy quarterback, but he will be a very valuable QB2 in 2018.

Sammy Watkins, WR, Kansas City Chiefs. I have never understood the fascination with Watkins. He is a decent receiver, but he is no thrill. And that has nothing to do with the fact that he can’t stay healthy. Sure he won’t have the majority of the defense’s attention with Tyreek Hill on the field. Travis Kelce also gets a ton of targets, and oh by the way Kareem Hunt is the focal point of the offense. Watkins might score six touchdowns, but I don’t expect more than 45-50 catches from him IF he is able to play 14 games or more.