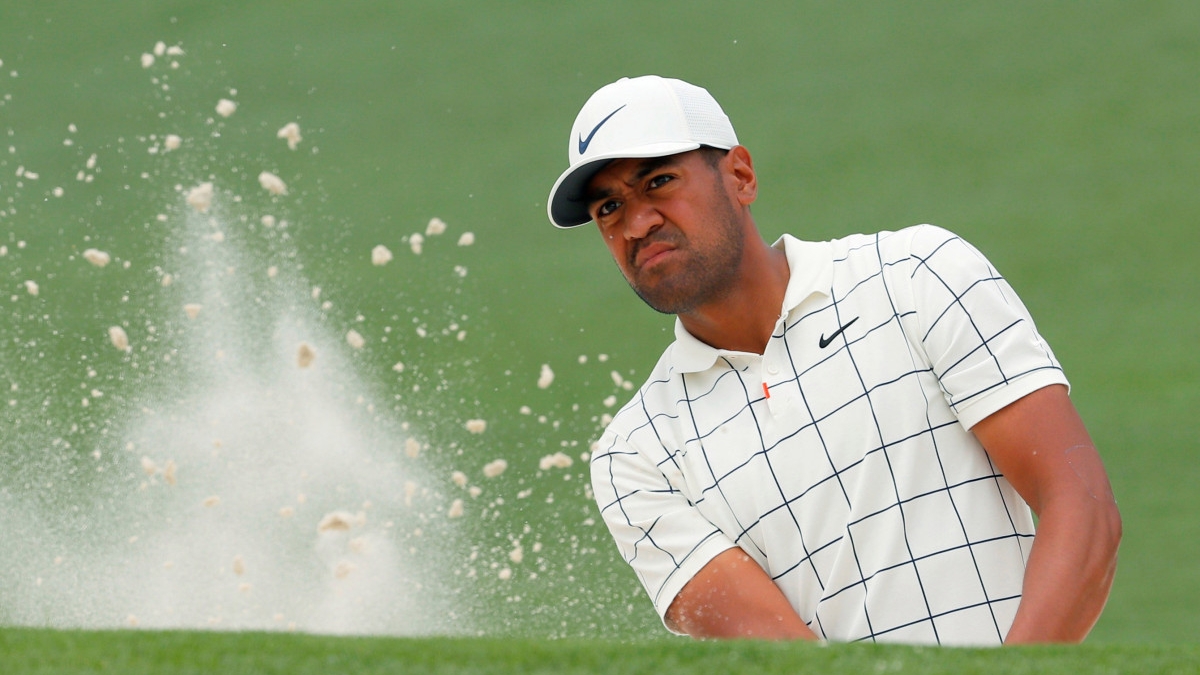 Another awesome PGA Tour weekend is in the books. Dustin Johnson took down the Travelers Championship for his first PGA Tour win of the season. DJ was impressive - pairing his lethal driver with a scorching hot putter. He went 12-under par over the weekend, finishing at 19-under overall and holding off 2014 Travelers Champion Kevin Streelman by a single stroke.

Let’s take a quick look at my picks from this past week and how they finished at TPC River Highlands.

Morikawa missing his first career cut definitely hurt, but I was able to pick six top-25 finishes and 8/13 players made the cut. Finau missed the cut by a single stroke and Harman and Woodland each missed by just two strokes - otherwise I was fairly close to hitting 11/13 made cuts.

I correctly predicted the winning score but Bryson ended up falling short by four strokes. He had chances all weekend to make a run but DJ’s nine-under round on Saturday proved to be a true difference-maker. Let’s keep it going and try to improve from last week!

Time to break down the course and what to look for this week. Let’s do this!

The Detroit Golf Club is a private, traditional Midwest golf course - complete with bent grass greens, towering oak trees, doglegs, long par threes and risk-reward par fives. It was designed by Donald Ross and two 18-hole courses were officially completed in 1916. The players will play a combination of the two courses this week. This is only the second time the PGA Tour has been to the Detroit Golf Club for an event.

For the first time since the PGA Tour returned from break, we have a par-72 course, complete with ten par-4’s, four par-3’s and four par-5’s. The last three events have all been played on fairly short courses compared to PGA Tour average.

While this course is longer than the previous three, distance off the tee is not necessarily required to compete. Nate Lashley won by six strokes last year and finished 44th in the field in driving distance.

While Webb Simpson will make his return this week, plenty of stars are taking the 4th of July week off. Justin Thomas, Rory Mcllroy, John Rahm, Dustin Johnson, and Tiger Woods will not be playing in this event.

Players have been shooting incredibly low scores since coming back from hiatus, and this week should be no different. They will finally have four par 5’s in Detroit - the first time since returning from break. I expect tons of birdies this week.

Here’s how I’m weighing my custom model this week with fantasynational.com.

Three PGA tournaments since the break and three top-25 finishes for the young Norwegian. Hovland has displayed some excellent recent form and poured in multiple eagles last weekend. He's the number one overall play this week according to my custom model.

After his T11 finish at the Travelers Championship, he became the first Norwegian born player to ever be ranked inside the top-50 of the world golf rankings.

Hovland has played well at this event in the past and he really stands out in my model. He finished T13 here last year. He received quite a price bump across DFS sites - but deservedly so. He is shaping up to be an elite play this week.

His strength has always been his driver and iron play, but he’s shown solid improvements in his short game the past three events. I expect Viktor to keep his momentum going this week and I’ll be rostering him aggressively.

Bryson put on another show this past weekend, smashing his driver ungodly distances and showing solid wedge skills. He struggled a bit on the greens, but ended the tournament 15-under, good for a T6 finish. That marks Bryson’s sixth consecutive finish of T8 or better on tour. He’s cracked the top-15 in eight of his last nine starts.

I fully expect Bryson to continue his impressive play in Detroit. It's only a matter of time before he kicks the door down and earns his first victory of the season. I'm excited to see him "unleash the Kraken" on at least a dozen holes each round this week.

He’s the favorite to win this tournament, sitting around +600 odds as of Monday morning. I think Bryson is currently the best player in the world. I'll certainly be anchoring a few lineups with him.

He’ll be highly owned this week, so I can understand possibly fading him in large-field GPP’s. Still, I don’t mind locking in his top-ten finish and differentiating elsewhere.

Here’s Hatton’s last three starts on the PGA Tour - T6, 1st, and a T3 this past weekend at River Highlands. Quite an impressive return from a right wrist injury that required recent surgery. Hatton has battled back to be the 15th ranked player in the world.

Hatton has shown that he definitely belongs with the big boys on the PGA Tour and can beat the best in the world, claiming victory at the Arnold Palmer Invitational in his second start back from injury.

He has a strong all around game, but truly excels with his irons and approach skills. He ranks 13th in shots gained by approach and 4th in greens in regulation. Hatton should have plenty of opportunities to score this week. Play him with confidence.

Reed has shown excellent form recently, with four top-25 finishes in his last five starts. He picked up a win at WGC-Mexico in February and currently sits as the 7th ranked player in the world.

Last week, Reed made the cut on the number and went on to finish T24 at 11-under. He got red-hot on Sunday, shooting a six-under round of 64. I love rostering players that played a great Sunday round in the hopes that they found a little something that they can carry over into the next tournament.

Reed ranks 3rd in the field in birdie or better scoring - something that I’m placing quite a bit of value on in this event. He also ranks top-20 in greens in regulation, shots gained on approach and shots gained putting.

Reed makes a lot of sense this week and he’s checking quite a few boxes for me. I expect Reed to continue his recent form and play well in Detroit.

Finau ended up missing the cut this past weekend by a single stroke, but I’m jumping right back on him this week. His driving and approach statistics are both top-five on tour and he looks like a great course fit.

Due to his missed cut last week, I think Tony will be somewhat low-owned in DFS tournaments. We can get some leverage on the field with Finau.

He’s certain to garner himself plenty of scoring opportunities at Detroit Golf Club and I expect a nice bounce back for Finau this week. Look for him to make the cut and make some noise on the weekend.

Rory has been playing very steady - putting up back to back top-25 performances. He’s been rolling the rock beautifully and sinking a ton of putts. He ranks out as the 3rd best putter in the field in terms of strokes gained over the past 24 rounds.

Rory played this event last year and finished T3. He’s beautifully at the intersection of great recent form and past success at this tournament. He looks like a strong DFS play this week.

Hideki ranks out as my 5th overall play this week according to my custom model. After missing the cut by a couple of strokes two weeks ago at the RBC Heritage, he took this past weekend off to iron out any wrinkles in his game.

In the past 24 rounds, Hideki ranks number one in the field in shots gained from tee to green, birdie or better scoring, and Draftkings scoring.

He played this event last year and finished T13. Jump on Hideki this week and if he can get the flat-stick rolling, he might mess around and take this tournament down.

I'm a huge believer in Sungjae and I think we can buy low on him this week. He made the cut at the Travelers Championship and went on to have a quiet weekend. Sungjae is having an excellent season - piling up five top-ten finishes and a victory at The Honda Classic back in February. He's been incredibly consistent as well, only missing two cuts all year.

I'm looking for birdie scorers this week, and Sungjae fits the bill. He ranks 3rd in birdie or better scoring. He's one of the best putters in the game as well, ranking out as the 5th best in the field.

Sungjae looks like a rock-solid play this week and I plan on rostering him heavily. He played in this event last year and finished T21. I think he has a great chance to improve on that finish this week.

Glover has been on a tear recently, picking up three consecutive top-25 finishes since the break. He's gaining shots off the tee and peppering greens consistently. The 2009 US Open champion also tied Doc Redman for the low-round on Sunday, capping off his weekend at the Travelers with a 7-under-par 63.

I've been impressed with his recent form and I'm going to ride the wave this week with Glover. He's affordable across DFS sites and shouldn't be overly owned. I expect him to make the cut and compete for another top-25 finish.

My Pick to Win: