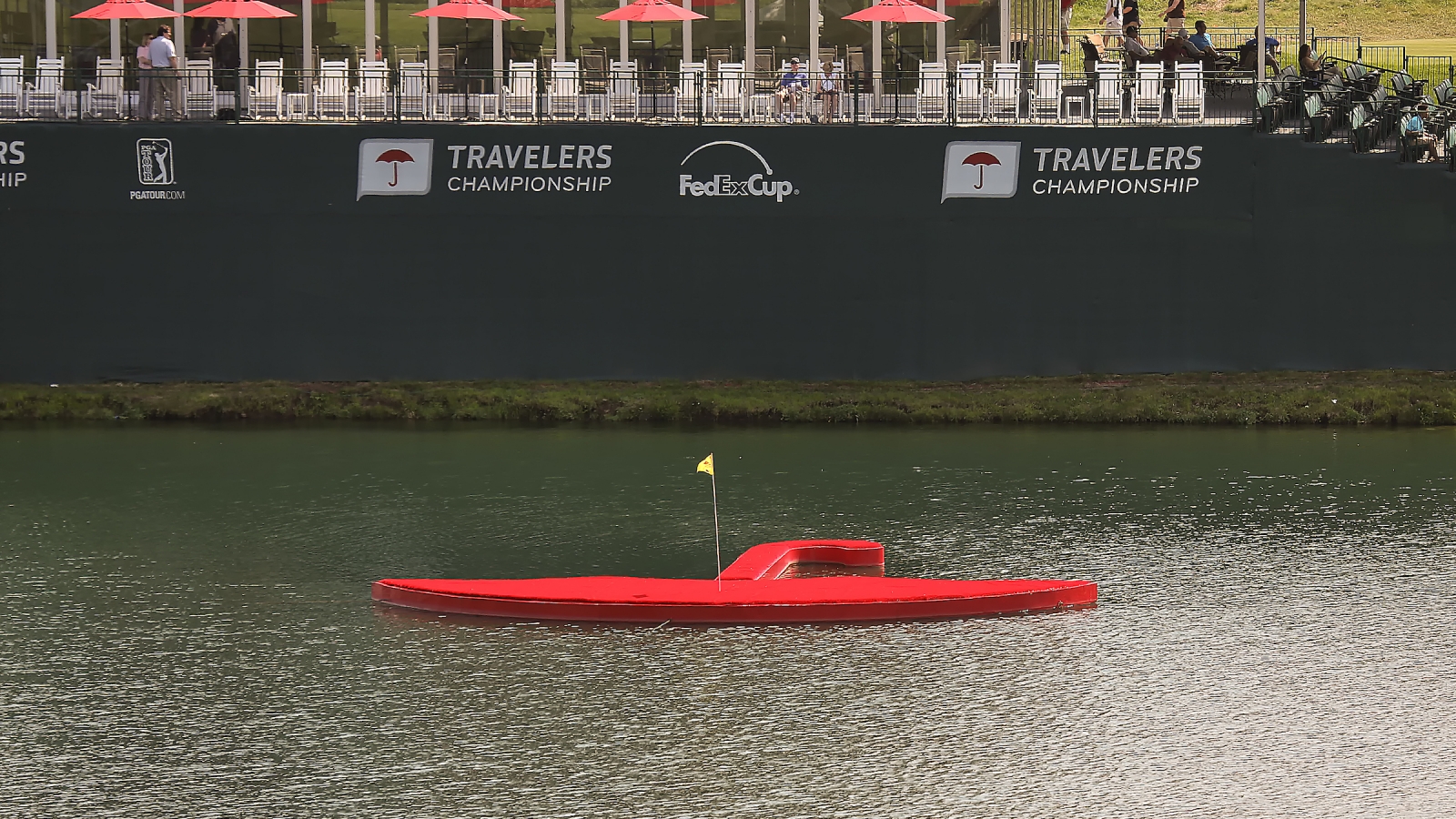 The RBC Heritage proved to be an outstanding event over the weekend - a completely stacked leaderboard with plenty of birdies to go around. Any thoughts of the players becoming rusty over the break were quickly laid to rest, as players went nuclear at Harbour Town Golf Links in South Carolina.

Webb Simpson held off a crowded, star-studded leaderboard to pick up his 2nd win of the season. His last win came at the Waste Management Phoenix Open back in February. Webb looks to be in peak form and headed for another course that fits his game like a glove.

Daniel Berger followed up his win at the Charles Schwab Challenge with a rock-solid T3. He currently has a ridiculous streak of 32 consecutive rounds of even-par or better. Berger looks to enjoy a well earned weekend off, recently withdrawing from the upcoming Travelers Championship.

Spieth came out firing and threw in a front-9 29 on Friday before stumbling through the weekend. Rose put together his second impressive tournament in a row and Koepka appears to be closing in on championship form.

This weekend looks to be another fantastic tournament in the Travelers Championship at TPC River Highlands in Cromwell, Connecticut. We have another fully loaded player field this week. Let’s dig in on the course and what to look for this weekend.

TPC River Highlands is a classic northeastern course set in the forests of Connecticut. The course was first built in 1928 and was completely redesigned by Pete Dye in 1982. Dye courses are notorious for challenging eye-lines and requiring quite a methodical approach from golfers.

TPC River Highlands is a fairly short course, measuring just under 6,900 yards. Scoring can be had here but the course tends to guard scoring with difficult pin placements. Wind is typically not an issue here.

Seven out of the 12 par 4’s are less than 440 yards, including the pivotal 15th hole - a 296-yard par 4 that has historically given up birdies upwards of 30%. Hitting in the fairway isn’t typically an issue - it’s a matter of giving yourself an angle to aggressively approach the tricky pin placements.

Fairways are quite welcoming here. Players hit the fairway on 67% of their tee shots at River Highlands, compared to a 61% average across all other courses. That ranks out as the seventh easiest course to hit fairways on tour.

When Rory Mcllroy was asked about the course, he said “You feel like you have a wedge in your hand every hole. But if you don’t hit it in the fairways and don’t put yourself in position, it can be a little tricky”.

The key distance here is truly 400-450 yards. Long-distance driving off the tee is not required to compete, as Jordan Spieth proved with his win here in 2017 while barely staying afloat off the tee.

With that said, bombing drives certainly won’t hurt at TPC River Highlands. While the course is deep in the woods, there’s significantly more room for aggressive shot-making than last week at Harbour Town Golf Links.

Bubba has won here three times since 2010. Fellow bomber Bryson DeChambeau has back to back top 10’s at this tournament. A critical decision that DFS players will be faced with this week is whether or not to roster Bubba.

Let’s take a look at last week’s top performers in a few metrics.

What To Look For: When figuring out my player pool for this week, I’m focusing on the following information per fantasynational.com from the past 50 rounds.

My pick to win the whole damn thing. Excellent course history with back to back top-10's at this event. Five consecutive top-10's on tour. He finally gets a course that he can flex on with his driver. If his putter heats up, watch out. Play him with absolute confidence this week.

Casey looks to make his first start on tour since the break. He has more shots gained on this course in the past five years than any other player on tour. His top-notch iron play and accuracy off the tee make him a strong play this week. Here’s his past five finishes at this tournament - T5, T2, T5, T17, and 2. I'll have Casey in most of my lineups this week.

Reed missed the cut this past weekend but will take the long week to get right before the Travelers Championship. Reed suits this course wonderfully as the top par 4 scorer on tour. He has a solid track record here as well, posting a T30 last year, a T5 in 2017, and a T11 in 2016. Look for Reed to bounce back nicely this week.

The superstar in the making came out of the University of California in 2019 and immediately proved himself to be a consistent, world-class player. In his first season and a half, he piled up 12 top-25 finishes, seven top 10's, a couple of runner-ups, and a victory at the Barracuda Championship. He's made 22/22 cuts - closing in on Tiger's record of 25 consecutive cuts made to start a career. Jump on Morikawa this week - he's good for a top-20 finish.

This will be Cantlay's first start on tour since the hiatus. He has back to back T15's at this event in 2019 and 2018. Cantlay is an elite ball-striker and ranks eighth in shots gained on par 4's. He also ranks 15th in shots gained on par 5's. He's a great course fit and the ninth ranked player in the world. He may go under the radar with it being his first week back, but I expect him to contend in Connecticut.

Xander stumbled after making the cut this past weekend but is just a week removed from his T3 finish at the Charles Schwab Challenge. He is an accurate ball-striker and great off the tee. He ranks top 10 in the world in shots gained on both par 4's and par 5's. He should go lower owned after fizzling out over the weekend, but I wouldn't be shocked if Xander picked up his first win of the season this weekend.

Finau is a young, powerful player that has shown tremendous consistency in his young career and has worked his way to be the 17th ranked player in the world. While he's put up 36 top-10 performances, including six runner-ups, Finau is still searching for his first PGA tour victory. He's been playing really well lately - a T33 finish last week and a T23 at the Charles Schwab Challenge. Look for Finau to keep it rolling this week.

The 22-year old Norwegian has quickly become one of my favorite players on tour. He hits it a mile and always seems like he's having a great time on the course. He's only played 20 events on the PGA tour, be he's already picked up a victory at the Puerto Rico Open and multiple top-10's finishes. He's come out firing the past two tournaments - finishing T23 at the Charles Schwab Challenge and T21 over the weekend. He's playing confident and has seen this course before, making the cut and finishing T54 last year. I think Viktor will crack the top-25 this weekend.

Patrick Rodgers - Rodgers has impressive course history here. He’s made five consecutive cuts at this tournament along with a T3 finish in 2016. He looks like a strong value play.

Gary Woodland - Woodland is a world class ball-striker and fits this course well. He ranks eight in shots gained on approaches. He should bounce back after a quiet weekend. I’ve placed an outright bet on him at 48/1.

Abraham Ancer - Abe is arguably one of the hottest players on tour, coming off a second place finish at RBC Heritage and a T14 last week. He finished T8 here last year and looks poised for another strong performance.

Joaquin Niemann - Niemann is an exciting young player. The 21-year old Chilean tore up Harbour Town Golf Links last weekend, shooting 19-under and finishing T5. He has had success at this event before - finishing T5 last year.

Brian Harman - Harman has notched back to back top-30 finishes since the break and has an incredible course history here. He has three top-10 finishes at this event in the past five years.

Bryson is in the zone right now. Say what you will about the young hulkster, his attitude or approach to the game - it’s clear to me that he’s laser-focused and striving to be the best player in the world. He might be on his way.

After watching his putts roll past the cup all day on Saturday at Harbour Town, he came back strong in the final round to finish T8 with a 5-under 66.

Dating back before the break, Bryson has five consecutive finishes of T8 or better on tour, including a runner-up finish at the WGC-Mexico in February. He’s on freaking fire. He’s also had success at this event in the past, finishing T8 last year and T9 in 2018.

Bryson’s superhuman driving ability will put a wedge in his hand on nearly every par 4 at this course, giving him tons of birdie opportunities. He should also be able to take advantage of the two par 5’s which will be key.

I expect Bryson to break through this weekend and pick up the victory. I think he’s a lock for a top-15 finish and has all of the tools to come out on top.