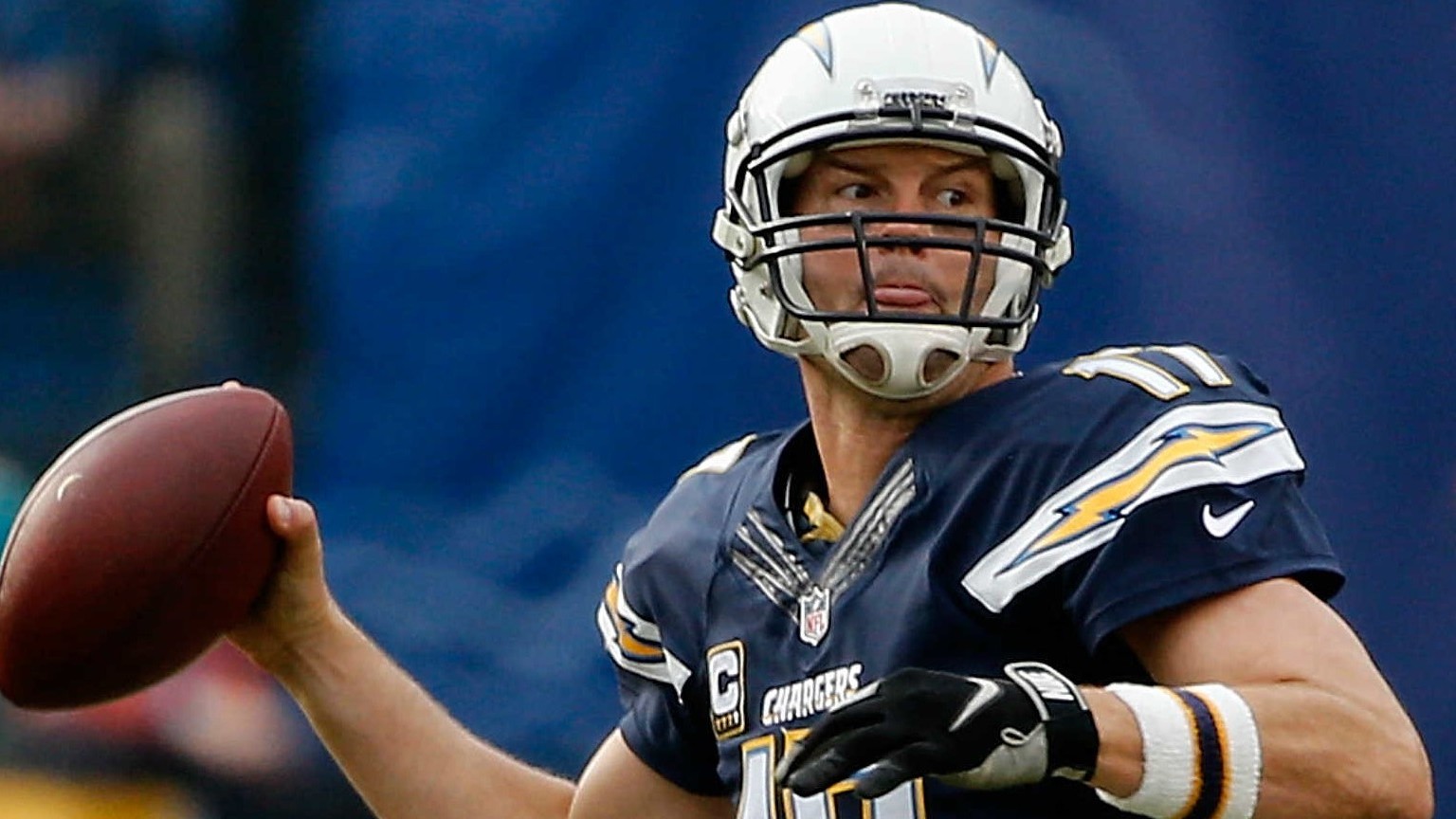 This is my favorite time of the Fantasy Football season. At this point players we will never hear from again are being called the next coming by someone. Meanwhile, other players are being totally forgotten by all due to any number of possible reasons but will go on to be the waiver wire gold that propels teams to a Championship.

At this point in time anything and everything are fair game. We hear people debate players all the time, but right now no one is right or wrong, they are just debating the possibilities. To me the debates are the best part because if you dig down deep in a lot of those debates you will find interesting tidbits of information that we can all use to make up our own minds.

The players listed below represent good value at their current ADP and maybe when I’m done you will find some information you can glean to help you make your own decisions come draft time. All ADP info is coming from FantasyPros.com and is for PPR leagues only.

Rivers is currently coming off the board as the 15th QB taken. Behind a still injured Andrew Luck and Jimmy Garoppolo, who averaged over two points less per game than Rivers and only has five starts to his credit.

Rivers has been a Top-12 QB in every starting season except one, 2012, and can be faithfully counted on to do it again. In the last five years he has averaged 4,491.4 yards and 30.6 TDs. Grab him as a very late QB 1 or even better get him late as a QB 2 that will outperform his draft stock.

Miller’s current ADP has him coming off the board as the 26th RB taken even after finishing 2017 as the 16th-best fantasy RB. Backup RB D’Onta Foreman is still recovering from an Achilles injury suffered in a game last November and according to Aaron Wilson of the Houston Chronicle “It appears unlikely that Foreman will be full-go for the start of training camp.”

Miller has been a solid starter and has not finished lower than 18th in fantasy in his last four seasons. He started last season very strong while phenom rookie QB Deshaun Watson was storming the league. Watson is recovering from a torn ACL, but all early signs are that he is on track for training camp and Week 1. If Watson is ready to go then Miller will once see lighter defensive coverage as teams try to slow down Watson.  My bet is he finishes as a top RB 2 that you only have to pay RB 3 money for.

Hyde is definitely falling into the “Rookie Love” profile as he is currently being drafted as the 31st RB, even after finishing at No. 8 last season. Many thought The Browns may take Saquon Barkley with the first overall pick, but eventually opted for QB Baker Mayfield.

Instead they grabbed Georgia RB Nick Chubb in the second round after paying Hyde $5M a year for three years in free agency. Chubb is a solid runner with a lot of positive attributes, but he is lacking in the passing game. He has never been asked to block which could very well keep him on the bench, as happens to many rookie backs.

Look for Hyde to be the main back in 2018 and while I see him losing some receptions to the ultra talented Duke Johnson, he will still finish inside the Top-24 running backs, with a Top-12 finish possible.

Agholor finally broke out in 2017, finishing with 62 receptions, 768 yards and eight touchdowns. He also finished as the 24th-best fantasy receiver. Meanwhile Agholor is coming off the board at WR 43.

Carson Wentz seems to be ahead of his rehab schedule after suffering a season ending ACL injury, according to Jeff McLane, a beat writer for the Philadelphia Inquirer. Wentz was the No. 2 fantasy QB before his injury and if he can fully recover the Eagles are once again expecting huge things from him.

A healthy Wentz and the addition of Mike Wallace on the outside can only open the middle of the field for Agholor to make more plays. I expect him to continue to get better in the slot and once again prove to be a good value in 2018.

Shepard fell down a bit in 2017 after finishing his rookie 2016 season as the 38th ranked fantasy receiver by falling to 42nd in 2017. He saw a huge drop in touchdowns from eight in 2016 to only two last year. He also missed five games along the way.

Forget all that, this kid is a playmaker and the Giants may finally be able to put up a solid offense around him. With the addition of Barkley at RB, a hopefully healthy and in camp Odell Beckham Jr. and some definite upgrades along the offensive line this team has a chance to put points on the board in 2018.

Shepard is currently coming off the board as the 46th WR taken, but because of the five games missed the final ranking of 42 was misleading. He actually finished 2017 as the 21st fantasy receiver in points-per-game average. This is year three for Shepard and you should expect a jump in his numbers making him a huge value right now. This will change as we get closer to the season.

Watson is basically a forgotten man in fantasy this season. He is currently being drafted as the No. 25 TE, or basically not draftable in most leagues. This is a mistake.

Watson is coming off a Top-12 season, albeit it in Baltimore, but the move to return to New Orleans is not a bad thing for him. In 2015 he saw his best season as a pro while playing for the Saints. He finished as the 7th-best TE that year with a stat line of 74 receptions, 825 yards and six touchdowns on 110 targets.

Grab Watson very late as a TE 2 with the possible upside of a Top-12 finish instead of players like Cameron Brate or Charles Clay and reap the benefits.

Remember that this is current ADP and most of these players will probably see their ADP rise as the season approaches, but if you can get them now they will pay off nicely.