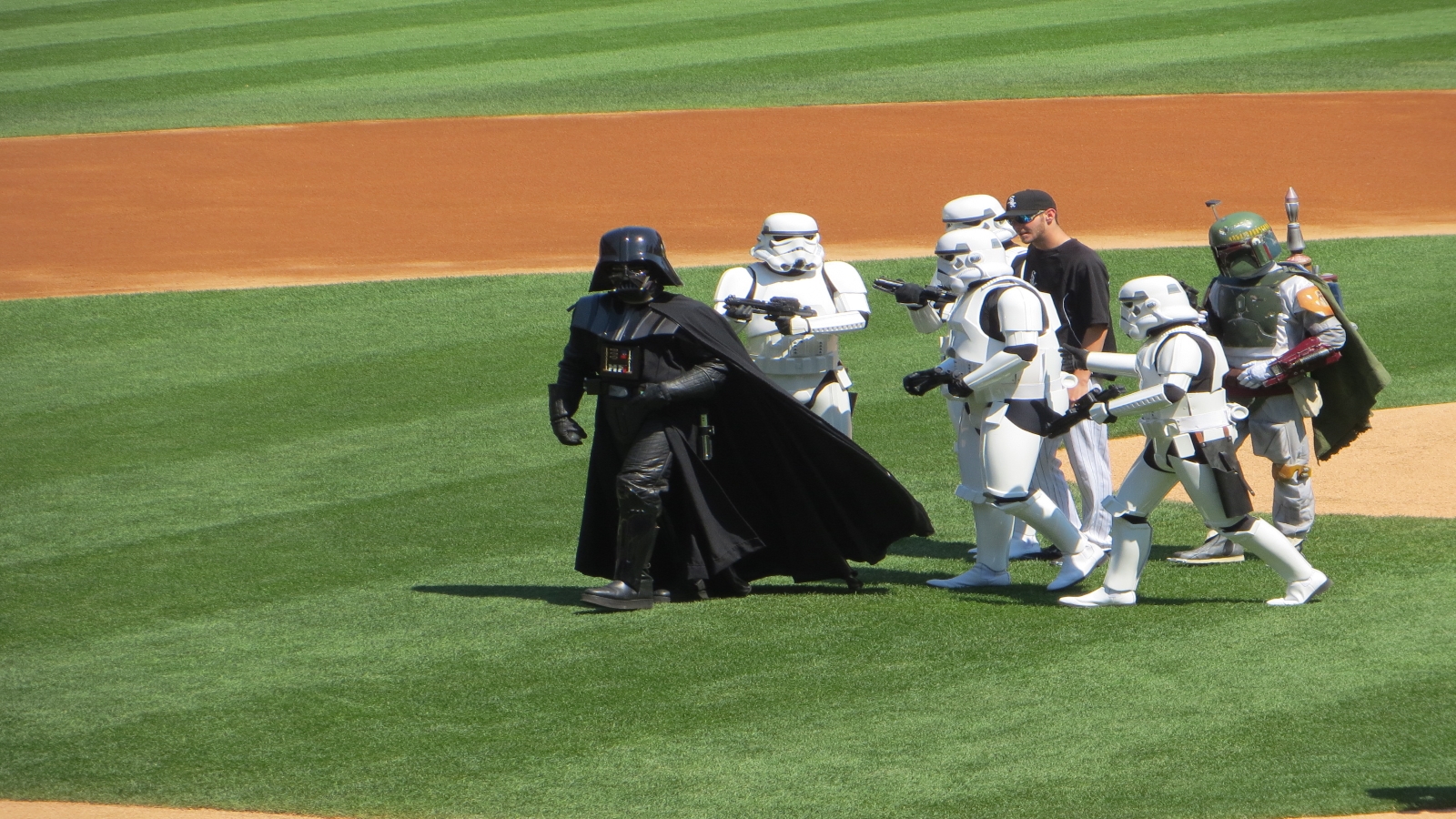 Thursday, March 26, 2020 was supposed to be the big day for baseball fans and Fantasy Baseball owners. This was supposed to be MLB Opening Day, when the games finally start to count and Fantasy Baseball owners begin to immediately second guess their draft decisions. We’ve all been there. Unfortunately, Opening Day has been postponed and it’s almost as if someone hit the pause button on life in general.

Since lots of people are staying home, binge-watching might be the current national pastime. I figure if we can’t have actual baseball to watch on what was supposed to be Opening Day, we can at least spend the day with some of our favorite baseball movies and tv episodes to keep our spirits up.

With that in mind, below is an alphabetical list of my choices for suggested baseball content watching. You may have seen some or all of these, but pretty much all of them are re-watchable. If some of your personal favorites are not on the list, go ahead and watch those if you prefer. Everyone’s got different tastes. The main thing is to have some fun and remember why we love baseball and Fantasy Baseball.

I have not done any rankings, but instead just wanted to give everyone some options. I did, however, only include what I consider true baseball movies or episodes. How did I decide? If you could replace baseball with another sport and it wouldn’t affect the story that much, then it’s not a true baseball movie or episode. For example, For Love of the Game is not a baseball movie, it’s a romance disguised as a baseball movie. This is just my opinion. If you really want a Kevin Costner fix (in addition the movies included below), go for it.

Some of my selections are probably not what would be considered “good” from a critical standpoint. This is where my Citizen Kane/Independence Day theory of movies and tv shows comes in. Citizen Kane is probably the greatest American movie ever made, but it’s not fun to watch. In order to appreciate Citizen Kane (and it is a masterpiece of filmmaking), you have to make an emotional and mental commitment to follow the dialogue and imagery. It’s work to watch Citizen Kane. Logan and Joker are two more recent examples. They are both great movies and were critically embraced, but they are both so depressing/disturbing I really have no desire to watch them ever again.

Independence Day (the original), on the other hand, is not a good movie from a critical standpoint. The plot is derivative, the dialogue is cheesy, and you can tell the actors knew no one was winning any Oscars. But every time you’re flipping through channels, if you see Independence Day is on you’ll probably watch it if you’ve got nothing else to do. Stuff blows up real good, Will Smith throws out one-liners like a pro, and Bill Pullman gives the awesome speech before the big battle. You enjoy yourself, and you generally feel better about things than you did before. Independence Day may not be a “good” movie, but it’s entertaining and fun to watch.

That’s how I chose the movies and episodes on this list. This isn’t about identifying the “best” baseball movies or tv episodes. This is about celebrating baseball on the day when it should be front and center. Hopefully, some of these can bring a smile to your face and let you enjoy the day. I think we can all use some of that right now.

Here are some suggestions for your Opening Day viewing pleasure, with the original years of release and my own thoughts included:

If you don’t know about “the asterisk,” then you need to see this movie. If anything in this movie is even remotely accurate, Roger Maris was the ultimate class act.

Apparently before this movie there was a debate about whether there was crying in baseball. I believe Tom Hanks settled that once and for all.

Like the Longest Yard, there was absolutely no reason to remake this movie. I don’t care if you call it a remake, reboot, or reimagining, it was still pointless. The original with Walter Matthau is just fine. And who wouldn’t want Chico’s Bail Bonds as the sponsor of their local little league team?

I guess Kevin Costner really likes baseball. This is probably the quintessential movie about the minor league experience.

Ever heard of the Black Sox Scandal? This is why gambling is the only real unpardonable sin in baseball. It’s a decent movie, and you need to see it if you want to know your baseball history.

If you don’t feel something at the end of this move, then you’re not human.

Far superior to Rookie of the Year (which is basically unnecessary now with the Cubs winning the World Series), and just implausible enough that you think it could actually happen. a 12-year-old inheriting a baseball team and naming himself manager; that could actually happen. I’m guessing there are also fans in every sport who would probably take that over their current ownership situation.

This movie is a Citizen Kane/Independence Day Hall-of-Famer. It’s also the most quotable baseball movie of all time. Major League did for baseball what Caddyshack did for golf. And that’s a sincere compliment. “You might run like Mays, but you hit like shit.” That’s gold right there.

It has its moments, but they might as well have borrowed from Spaceballs and just called it “Major League II: The Search for More Money.” It’s still not the disgrace that is Caddyshack 2, however. Although that’s not saying much.

Opinions will probably differ, but I always liked this one. I actually liked it better than Major League II. There was less of a “just give us the paycheck” vibe to this anyone. Scott Bakula is solid as always, and Ted McGinley basically playing Stan Gable as a baseball manager is always good for a laugh. I also feel it necessary to mention that the failure of Star Trek: Enterprise was not Scott Bakula’s fault. Even if it was, however, he gets a lifetime pass thanks to Quantum Leap.

You can never go wrong with the late great Bernie Mac.

While you’re watching this movie, think about how many times certain scenes from this movie have been referenced and/or parodied in other movies and tv shows. If you had a nickel for every time, you’d have a shitload of nickels.

If you haven’t seen this movie, you’re not a baseball fan. Simple as that. You’re killing me Smalls.

Keith Hernandez and the “magic loogie” and “second-spitter theory” (remember that Newman was actually in JFK). ‘Nuff said.

An ESPN 30 for 30 about the origins of Fantasy Baseball. If you want to know why 2-catcher leagues are still a thing, here you go.

Apparently, Ozzie Smith is tired of people asking him how he got out of the Springfield Mystery Spot. Mr. Burns’ use of analytics in having Homer pinch hit for Darryl Strawberry because of a lefty/lefty matchup (“It’s called playing the percentages. It’s what smart managers do to win ballgames.”) was ahead of its time. And this nicely sums it all up:

Well, Mr. Burns had done it,
The power plant had won it,
With Roger Clemens clucking all the while.
Mike Scoscia's tragic illness made us smile,
While Wade Boggs lay unconscious on the barroom tile.
We're talking softball,
From Maine to San Diego.
We're talking softball,
Mattingly and Canseco.
Ken Griffey's grotesquely swollen jaw,
Steve Sax and his run-in with the law,
We're talking Ho-mer,
Ozzie, and the Straw!

Star Trek: Deep Space Nine “Take Me Out to the Holosuite” episode – 1998

Even if you hate sci fi and know nothing about Star Trek, you can still watch this. Maybe it’ll even change your mind about science fiction. There’s always hope.

We may not have actual baseball or Fantasy Baseball this Opening Day, but we can still enjoy what they mean to us. At the end of the day, it’s all about the fun. Make sure to have some today.

Until next time, it’s all in the reflexes.