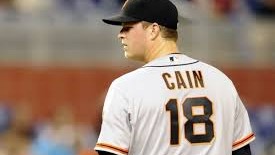 Many times fantasy players need a few extra points, or a few strikeouts or a slightly lower ERA on the weekend to win their fantasy baseball weekly matchup. Finding the right player, as always, is extremely important AND extremely difficult. The following are two choices for Friday, Saturday, and Sunday that should be available in at least 50% of leagues. The last couple times out have been great for Skaggs and he should keep it going on Friday!

Tyler Skaggs, Los Angeles Angels vs. Nick Martinez (TEX). A former first round pick of the Angels, Skaggs is hoping that this is the year that he puts it all together and lives up to the hype. He was bad his first two times out, but has only allowed two earned runs in his last two starts with 13 Ks in 14 innings. Texas is a good offensive team, but I don’t believe in Martinez. It is a bit of a tall order, but I think Skaggs will make it three good starts in a row.

Lance Lynn, St. Louis Cardinals vs. Tim Adleman (CIN). His ownership percentage is rising, but somehow Lynn is still under 35% on ESPN. He has only allowed more than two runs in one of his four starts, and struck out seven in his last outing. He faces Tim Adleman who is a tweener of starter and reliever and the Reds aren’t any good. I love Lynn on Friday.

Andrew Triggs, Oakland Athletics vs. Joe Musgrove (HOU). Triggs was touched for earned runs for the first time this season his last time out as he was tagged for six earned against Seattle. That was a blip on the radar, and while I don’t expect him to never give up runs, I am expecting another good outing on Saturday. He might be facing a good offensive team, but it is not Houston’s best starter and I think Triggs can get you a win and strike out five.

Matt Cain, San Francisco Giants vs. Jhoulys Chacin (SD). Cain left his last start early because of hamstring tightness but the MRI came back clean so he should be good to go. He has been very solid to start the year and has allowed just two earned runs in his last three starts. He faces an anemic Padres team with a subpar starter in Chacin. This one looks like a gift wrapped win with good numbers for Cain. Mike Foltynewicz, Atlanta Braves vs. Matt Garza (MIL). I’ve used Folty in this article already, and I’m going to continue to do so. He has yet to give up more than two earned runs in a start this season. He faces a Brewers team that hasn’t been bad to start the year, but Matt Garza sucks something awful and I expect a Braves win and a pretty solid start out of Folty.

Jordan Montgomery, New York Yankees vs. Ubaldo Jimenez (BAL).  Montgomery has been solid in each of his starts so far for the Bronx Bombers, and while this matchup on Sunday won’t be easy against the highly offensive Orioles team, he does go against a very sucky starter in Ubaldo Jimenez. With Didi Gregorius back in the lineup I expect the Yankees to score a bunch of runs and help Montgomery to the win while allowing just two runs and striking out six.