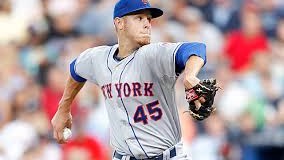 The weekend is here and we know that you need some last minute points or pitching stats to get you the win. I’m not even going to ramble on with an intro here, let’s get to the guys who are owned in less than 50% of leagues that can help you with your weekly fantasy baseball matchups.

Zack Godley, Arizona Diamondbacks vs. Junior Guerra (MIL). Godley has been good in each of his four starts this season, although his last one wasn’t all that great. His strikeout total is solid, and the Diamondbacks have been scoring runs far better than we thought they would. The Brewers have been better than we expected, but this is Guerra’s first start since his first start, and there will certainly be some rust. Godley should be a great start on Friday.

Mike Clevinger, Cleveland Indians vs. Ian Kennedy (KC). Ian Kennedy has allowed nine earned runs in his last two starts, and the Royals have scored the fewest runs in all of baseball by more than 10 runs. Clevinger was great his last time out, and with this great matchup against a struggling team he should be a good pickup for your weekend. Jerad Eickhoff, Philadelphia Phillies vs. Bronson Arroyo (CIN). I know Eickhoff is 0-5 and has allowed 20 earned runs in his last four starts. HOWEVER, I picked against Arroyo last week in this article, and it worked out great, and I’m doing it again. HE SUCKS! The Reds aren’t good either, and if Eickhoff is ever going to be good, this is it.

Zack Wheeler, New York Mets vs. Gerrit Cole (PIT). Gerrit Cole is a great pitcher, but he did get rocked his last time out. The Mets are a bit of a mess, but they have been a bit better of late. As bad as the Mets are, the Pirates are worse as they are currently in last in the NL Central. Wheeler might be on an innings limit, but he’s pitching well right now and has allowed just five earned runs total in his last four times out. I like him to have a solid outing on Saturday.

The Nationals don't seem to have a lot of faith in Joe Ross, but I do on Sunday!

Joe Ross, Washington Nationals vs. Jhoulys Chacin (SD). Ross spent some time in the Minors this year when he just wasn’t getting it done. Well, the time on the farm certainly seemed to have helped because he allowed just one run over eight innings. Ross has talent, but has lacked consistency. He faces Chacin who has been better than expected, but still has gotten blown up a number of times and I expect the Nationals to bash him again and Ross to get the win.

Alex Cobb, Tampa Bay Rays vs. Ervin Santana (MIN). Cobb allowed four runs his last time out, but his previous five starts he hadn’t given up more than three. His strikeout rate has been a bit better the last few times. The Twins might be in first place, but they still have the fourth fewest runs scored in the American League. Ervin Santana has been freaking unbelievable lately, but he HAS to come back to Earth. I like Cobb on Sunday.