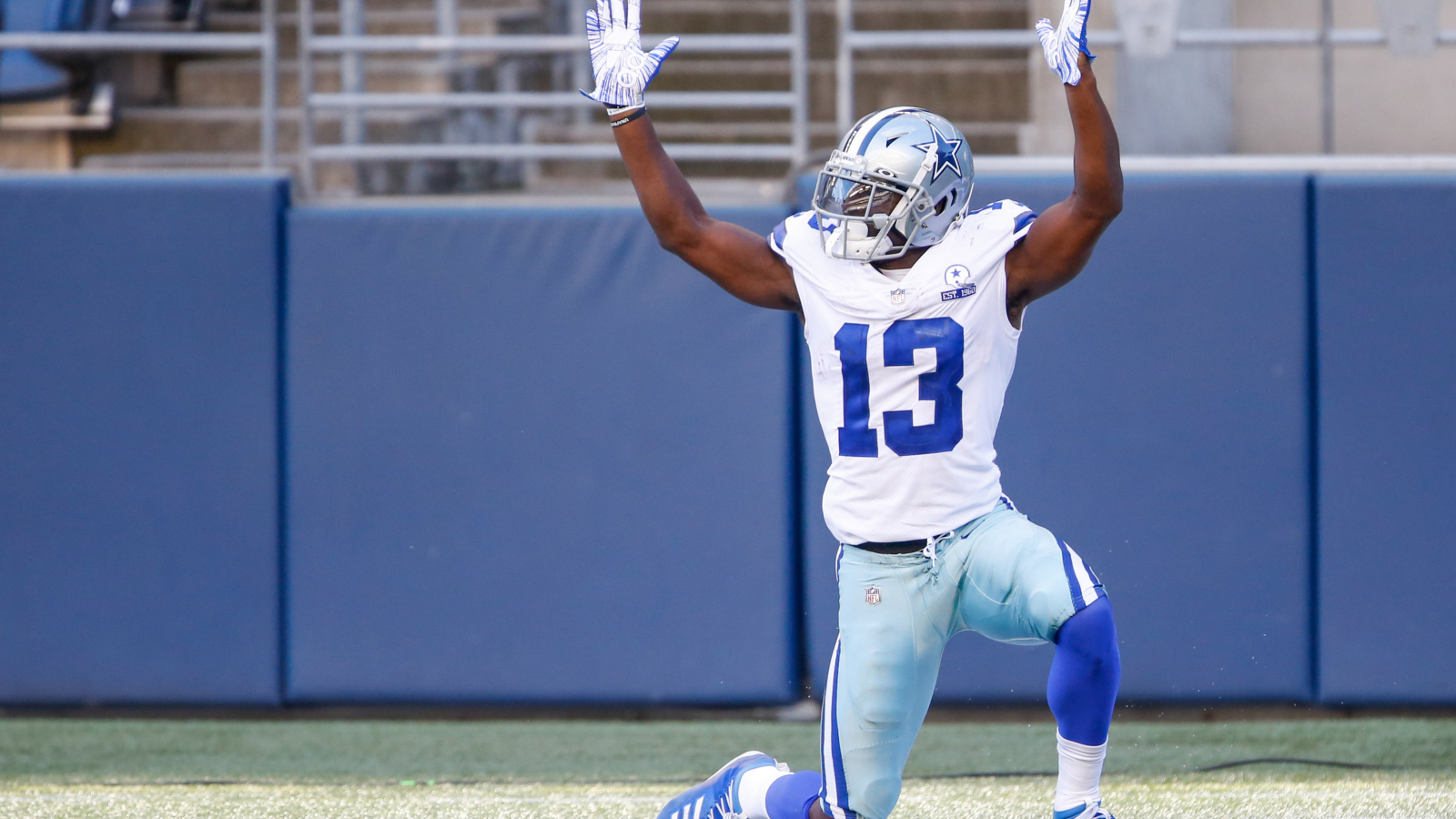 We are already reaching the quarter mark of the season after this week's game. Whether you are 3-0 or 0-3 you always want to improve your team and set up your fantasy team for success. Obviously, trading is a way to improve your team, but so is working the waiver wire. In this week's edition of Preemptive Strike, I wanted to focus on giving you more players to stash, to get you ready for the endgame. So open up a nice cold adult beverage and get ready to beat your league mates to the punch.

Jameis Winston is currently listed as out and will not play this week. But if you are streaming quarterbacks and looking ahead to Week 5, Winston should hopefully be back in time to play the Seahawks. Since he is out you be able to add him now to your team, then move him to IR to then pick up another player to fulfill another need.

Another quarterback that is a no-go this week is Mac Jones due to an ankle injury. But if you are in a deeper league and need a streaming option, Jones gets to face off the Lions in Week 5, who are allowing the fifth-most fantasy points to quarterbacks this season. 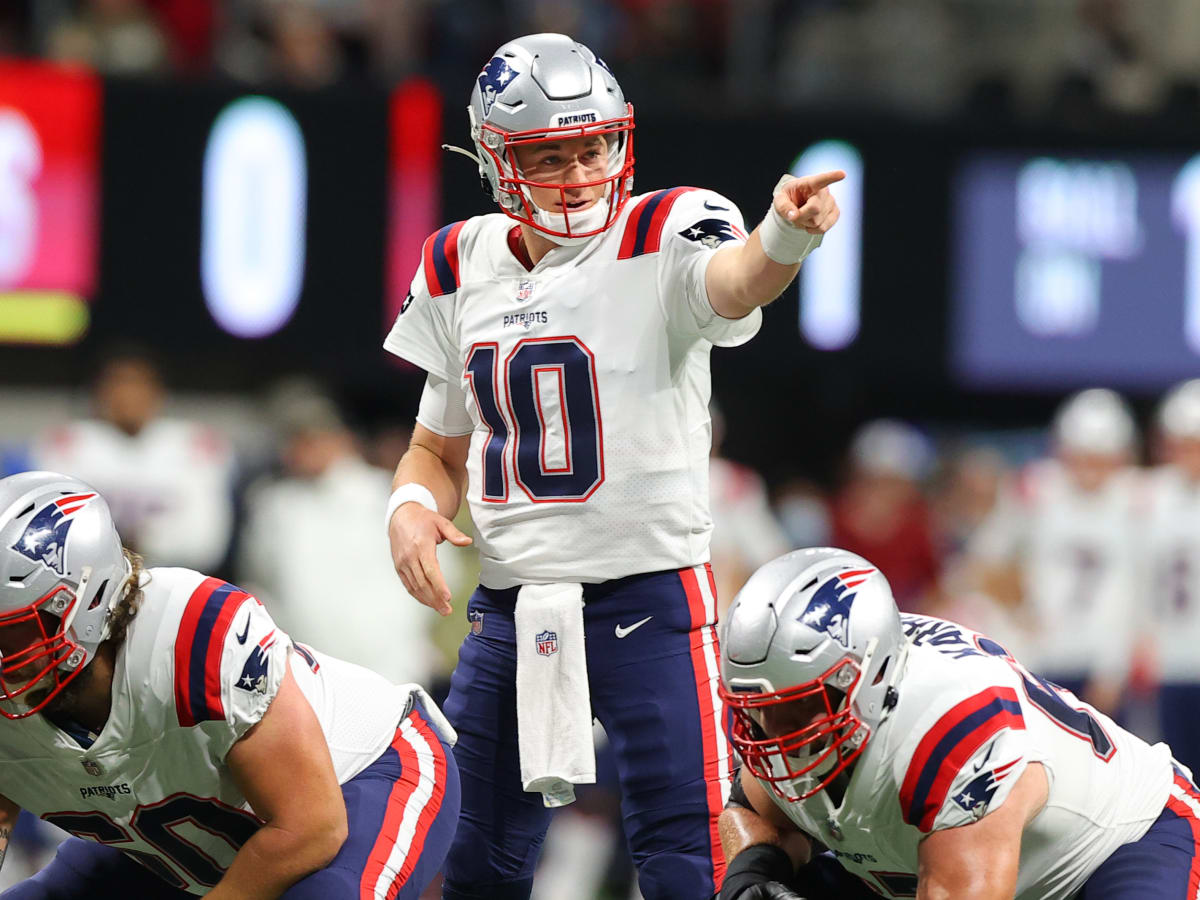 The one quarterback that really has me intrigued with his return to the lineup this week is Zach Wilson. The Jets quarterback got injured during training camp and has been finally cleared to not only return to practice but will get the start in Week 4. Wilson has plenty of weapons to choose from and hopefully, he’s been taking notes from Joe Flacco and will get these receiving options the ball. This is a good game to get his feet wet because in Week 5 he gets the Dolphins coming to town and they allow the most fantasy points to quarterbacks in 2022.

#Jets HC Robert Saleh says this offense has the ‘potential to be special’ w/ QB Zach Wilson back at the helm & all of the talent they have on that side of the ball + ‘7 1st/2nd year players are taking reps, they’re growing together’: 🎥 @nyjets #TakeFlight #NYJvsPIT #HereWeGo pic.twitter.com/7TNufYIVxd

Check to see if these running backs are available to add first: Brian Robinson 53% Rostered and Kenneth Walker 49% Rostered.

Devin Singletary is the gleam in Josh Allen’s eye in the Bills backfield, but over the last couple of weeks, James Cook has steadily got an increase in touches. In Week 2 he received 11 carries and ran for 53 yards and in Week 3 Cook was targeted five times and brought in four receptions for 37 yards. At this moment you can't start the talented rookie in shallower leagues but he is definitely the running back to own should Singletary go down with an injury.  If last week was any indication that starting running backs can go down at any moment you always want to be ahead of the game.

I think James Cook’s touches will increase as he gets more time to prepare/handle variety of demands #Billsmafia has in mind for him.

I can’t believe Jaylen Warren is only 10% rostered in Yahoo leagues. Holy Schmidt! Like most players on this list, Warren is an injury away from becoming a league winner in my opinion. Warren has received four carries in each of the last two weeks and doubled his rushing yards totals in one week. I know it’s a small sample size but over his previous eight carries, Warren is averaging 5.6 yards per rush. Add Warren now while you can.

Cordarrelle Patterson is currently listed as questionable due to a knee injury but has practiced this week and is likely to play. With Damien Williams currently on the IR, the next man up is Tyler Allgeier. Allgeier has been more involved in the offense and will be the first to receive a larger role should Patterson miss anytime. The rookie running back is a player to add in 12-team leagues.

Cordarrelle Patterson was not at open to the media portion of practice for the second straight day.

At the moment Rachaad White is barely a blip in the Buccaneers' offense radar due to Leonard Fournette being a bell cow for this offense. But as previously mentioned running backs have been getting dinged up in a hurry and should Fournette miss any time White’s will skyrocket. So add him if you have the space in 12-team leagues.

The Treylon Burks breakout week did not happen last week but what was encouraging was his snap count and route run. Don’t stop believing the big game is coming and it may be your last chance to add him or even trade for him at a discount price.

If George Pickens can make that badass one-handed catch what do you think might happen if they start throwing him the ball more? I don’t know how much longer Mitch Trubisky will be the starting quarterback for the Steelers, but once Kenny Pickett takes over the starting gig look for Pickens stock to be on the rise. Try to add him and keep him at the end of your benches for later in the year.

What was THE Moment of Week 3? Hello, George Pickens.

Michael Gallup is finally free from any injury designations and is set to make his 2022 season debut. Add him now for free because once he plays and Dak Prescott returns sooner rather than later he will cost you.

#Cowboys WR Michael Gallup, who is recovering from a torn ACL, is off the injury report after a full week of practice. Appears Sunday vs. the #Commanders will be his season debut, per multiple sources. pic.twitter.com/SK5AmV2csA

What more does Josh Palmer have to do to receive some love from fantasy managers? I know Keenan Allen should be coming back soon, but Palmer needs to be rostered in over 50% of Yahoo leagues. All Palmer has done with his 17 targets over the last couple of weeks is bring in 10 receptions for 129 yards and a touchdown. So add Palmer now and thank me later.

Zay Jones has proven in two of the first three weeks of the season that he is Trevor Lawrence’s security blanket. Jones averaged 10 targets in Week 1 and Week 3. In Week 2 the Jaguars won easily and it was more of a James Robinson day. Lawrence has already proven that Christian Kirk and Jones are his go-to guys and if you are in need of a consistent contributor in your flex spot add Jones as he should be available in most leagues.

Zay Jones feels like an underdog story emerging as the Jaguars top outside WR, but he's far from it.

Tested out VERY well at combine

Another wide receiver that has been as consistent as they come in 2022, is Greg Dortch. He has gradually gotten some love from fantasy managers but is still way under the 50% rostered plateau. AJ Green is out for Week 4 and DeAndre Hopkins is still out due to suspension. Dortch will continue to be one of Kyler Murray’s main targets, and he should be one of your targets to add as well.

Check to see if these tight ends are available to add first: David Njoku 71% Rostered and Irv Smith Jr. 51% Rostered.

With Zach Wilson returning under center, none of us will know how he will distribute the ball to his receiving options. But one weapon I think he continues to feed is Tyler Conklin. What’s good is that Wilson gets a week to get reacclimated with the offense including Conklin, and next week the Dolphins come to town and they give up the most fantasy points to tight end. Therefore beat the waiver wire rush next week and add him now if you can.

If you are looking for a deeper league sleeper at the tight end position look no further than Taysom Hill. Jameis Winston has been ruled out for this week’s contest in London, so that means Andy Dalton will be under center for the majority of the plays. But it also means that Hill will surely get additional touches behind center. He may not throw a ton but he will be rushing the ball and could see a touchdown or two anytime he takes a snap at quarterback.

Looks like the Saints are preparing in case they have to make a change at quarterback. Jameis Winston was not at practice today. Andy Dalton took first team reps at QB, with Taysom Hill receiving reps as a reserve QB. This is different than past weeks.

At that start of the season, Cole Kmet was nowhere near this percentage of ownership, because he was on everyone’s radar as a sleeper this year. But after you start the season with no catches in the first two games many fantasy managers said peace out homie and dropped Kmet like a bad habit. It is not only been Kmet who has had issues in this offense, but every receiving option has laid a big egg so far this season. In Week 3 Kmet finally showed some life by grabbing two receptions for 40 yards on three targets, which is sadly the most targets he’s received in any game. The Bears need to start to open up the offense and do more than just run the football if they want to start making their life a little easier. Kmet is a speculative add in 12-team leagues with the hope that they start throwing the damn ball.

New Orleans Saints Defense 57% Rostered will face off against the Seahawks at home.

Miami DolphinsDefense 22% Rostered get to battle the Jets.