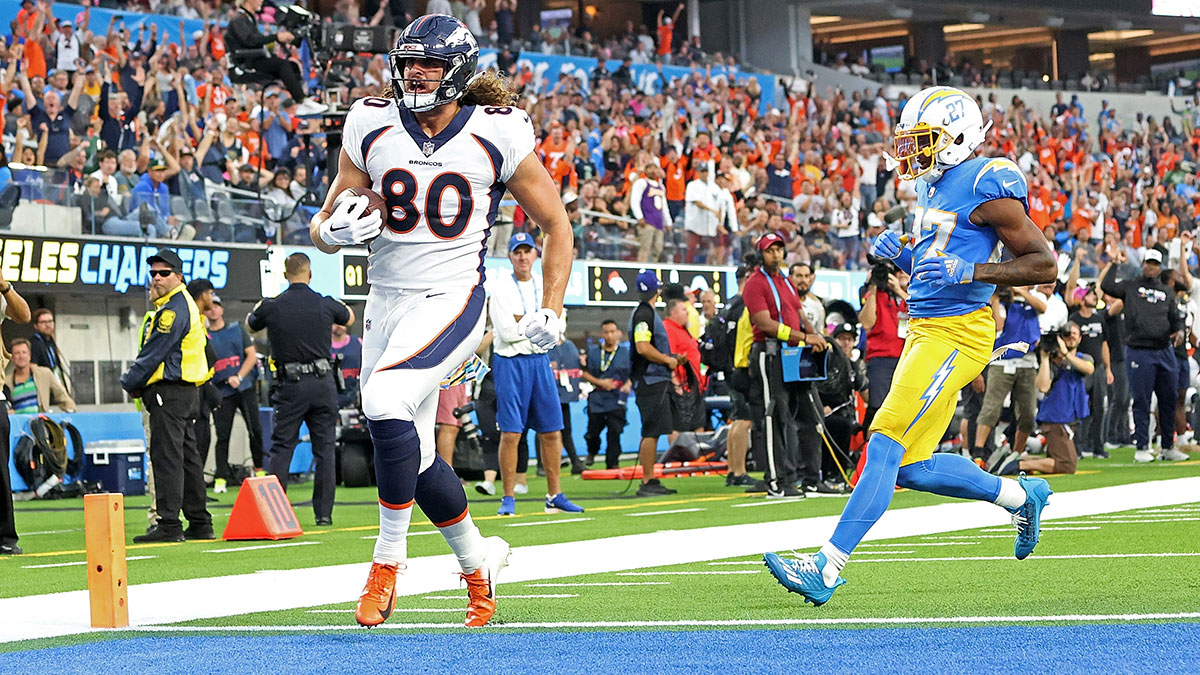 Now that the second half of the season is on its way, it's time to start positioning yourself for a playoff run. This week is nasty for byes as there are six teams off this week (Cowboys, Giants, 49ers, Browns, Broncos, and Steelers). Like always the 'Preemptive Strike' player list will focus on giving you some players to add or stash while providing some bye-week options depending on your league size and needs. It's time to open up a nice cold adult beverage relax and let's see what players you can add this week before your league mates try to add them next week.

Last week Marcus Mariota had a breakout performance against the Panthers, completing 20 passes for 253 yards, three touchdowns, and two interceptions. He also tacked on another 43 yards on the ground. If you are looking for a streamer for Week 10 Mariota is your man because guess what teams he faces in Week 10 again, that’s right the Panthers.

Daniel Jones is on a bye this week, but when he returns in Week 10, Jones will face the Texans, who are vulnerable against the run. This could lead to Jones having another big running game. Jones can be considered a streamer for fantasy managers in upcoming bye weeks depending on the match-up.

In deeper leagues, for fantasy managers looking for a streamer or quarterback to add for the foreseeable future, P.J. Walker is a name to consider. Just like Mariota, Walker too had a breakout game of his own in Week 8 of that same game. Walker threw for over 300 yards passing and a touchdown. The game script will be there because the Panthers' defense is bad and they will have to throw the ball to keep up. The Falcons also give up the most fantasy points to quarterbacks, so this could be another shootout.

After this week’s bye, Deshaun Watson is a handful of games away from his return. If you are in a good playoff position you may want to get ahead of the game and add Watson now.

Alexander Mattison showed a glimpse last week of why he should not be on any fantasy leagues’ waiver wire. In his limited touches in Week 8, Mattison had five rushes for 40 yards and a touchdown. He is a Dalvin Cook injury away from being a possible league winner and should be rostered in all league formats.

Alexander Mattison is only rostered in 45% of Yahoo leagues and 28% on ESPN.

I get there are 6 teams on bye but here is a guy who is one Dalvin Cook injury away from being an RB1.

He’s free in over half the leagues in the country.

Please do yourself a favor and make sure that Chase Edmonds is not wandering on your waiver wire. Edmonds just got traded to the Broncos and they are on bye this week. This may have enticed a fantasy manager in your league to drop him due to all the byes in Week 9. Neither Melvin Gordon,  Latavius Murray, nor Mike Boone has lit the world on fire since Javonte Williams went down with a torn ACL earlier this season. Edmonds is a running back to add to the roster in PPR leagues.

Chase Edmonds is headed to the Broncos. pic.twitter.com/bxkVWOEHLB

I’m lumping both of these running backs together. Kyren Williams should be returning from IR soon and will be part of the offense. Cam Akers on the other hand seemed to have crawled out of the dog house and did not get traded before the trade deadline this past week. Akers appears to have a chance to play. Both running backs are worth adding in 12-team leagues to see how this plays out in the upcoming weeks.

Coach Andy Reid named Isiah Pacheco as the starter for the Chiefs prior to last week’s bye. It is tough to determine how the running back touches will be distributed moving forward but it is wise to add him now just in case Pacheco comes out of the bye with the majority share of the touches. League managers should always try to get a piece of a great offense.

#Chiefs OL coach Andy Heck on rookie Isiah Pacheco learning blocking scheme: "I like what I'm seeing there, he's a strong violent runner with good speed and vision. It does take time for all of us to get a hang of things and work together here. I love what Pacheco is doing."

In 12-team leagues, a receiver that should have a higher rostered percentage is Michael Gallup. Gallup has seen a consistent average of six targets since returning from ACL as works his way back into the offense. Gallup could be a player to use as a flex play in upcoming bye weeks.

Although Wan’Dale Robinson had an unproductive game in Week 8, he is still the Giants' WR1 and deserves to be rostered in 10-team leagues. Robinson is on a bye this week and this has caused his rostered percentage to drop to 26%. If he is available in your league now, so can reap the benefits starting in Week 10.

Terrace Marshall Jr. has been a letdown since he was drafted by the Panthers in the second round of the 2021 NFL Draft. But maybe, just maybe there is a sliver of hope that he will be a factor after the Christan McCaffrey trade. In the first game after the trade Marshall was targeted nine times and produced four receptions for 87 yards. In deeper leagues and definitely in dynasty leagues Marshall is a must-add this week.

Stepping into a bigger role w/ CMC and Anderson gone, he can see volume vs. CIN from PJ Walker

This suggested player to add is for fantasy managers that have a dilemma with Mark Andrews. Being that Andrews is listed as doubtful and appears to be sitting out this week, fantasy managers may want to add Isaiah Likely for Monday Night’s match-up. It is a really tough match-up against the Saints who are allowing the third-fewest fantasy points to tight ends this year, but at least you have an option for the week as Likely will be heavily targeted with so many receiving options out for the Ravens this week.

If Greg Dulcich has been dropped by a fantasy manager in your league because he is on a bye this week snatch him up now. Dulcich has averaged almost six targets, four receptions, and 61 yards since coming off the IR three weeks ago. Dulcich will be a TE1 for the rest of the season. Must be added to all league formats.

Defenses to Stream in Week 10

New Orleans Saints Defense 33% Rostered will face the Steelers who are allowing the third-most fantasy points to opposing defenses.

New York Giants Defense 6% Rostered battle the Texans in Week 10 who allowed an average of 10.25 fantasy points to opposing defenses this season.